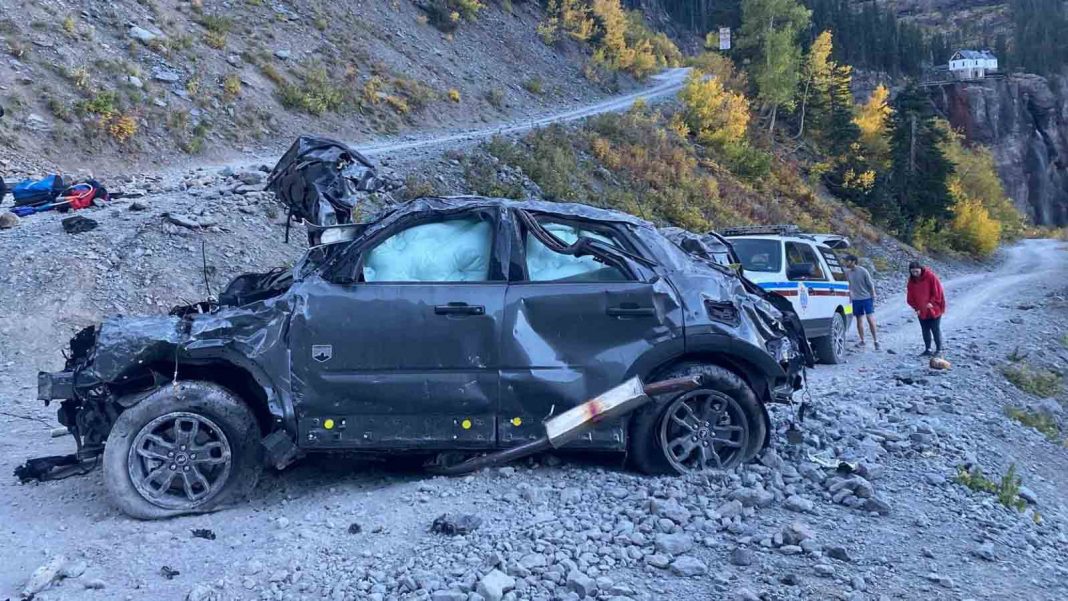 The accident occurred at a trail known as Bear Pass in Colorado, USA as a 23-year-old female driver suffered serious injuries

A set of disturbing images show the condition of a Ford Bronco Sport that rolled about 400 feet down a hill in Colorado, USA. The accident occurred a couple of days ago at a trail known as Bear Pass as a female driver suffered serious injuries. However, the 23-year-old’s dog named Chewy, also ejected, only endured minor injuries.

Luckily, the passenger who was not in the Bronco Sport at the time of the incident must have felt fortunate. According to the San Miguel County Sheriff, the driver was said to have entered the one way Black Bear Pass in the wrong direction. They drove up a few switchbacks before electing to turn around and the passenger exited to help the driver with navigation.

Sadly, the Ford Bronco Sport rolled down the mountain at that moment and the 400 feet drop led to the engine ejecting itself from the bay. The entire structure was somehow kept intact during the horrific incident and the sheriff released a statement warning people about the pass. It measures 12.1 km long and starts at 11,018 feet above sea level. 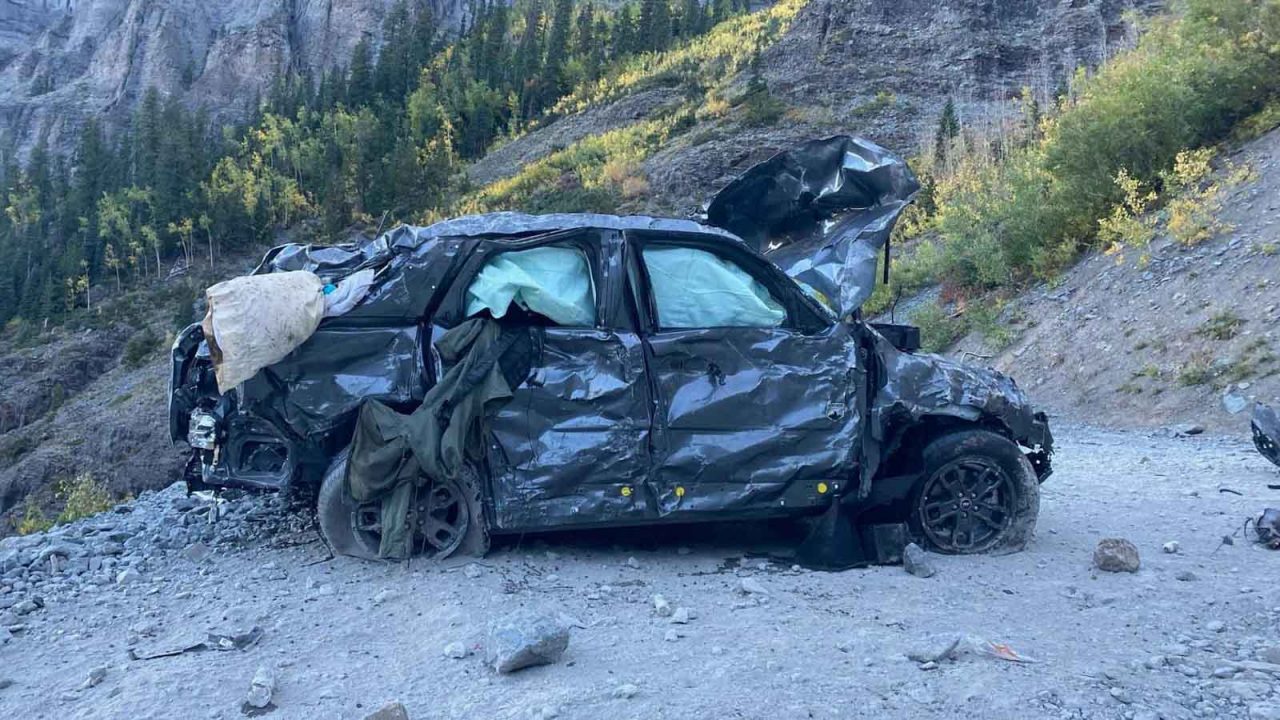 The Black Bear Pass rises as high as 12,840 feet and the route offers a very technical trail according to the US Forest Service as it is advised to be driven only by experienced drivers. Back to the crossover, it is based on the same architecture as the Ford Escape and some suggest it is not an out-and-out off-roader as it may perceive to be.

The regular Bronco has been built to tackle the trails and it also depends on how skilful the driver is. For the owners wanting to be serious about off-roading, Ford provides the Bronco Off-Roadeo driving academy program across different locations in the United States with lessons concentrating on trail riding and rock crawling. 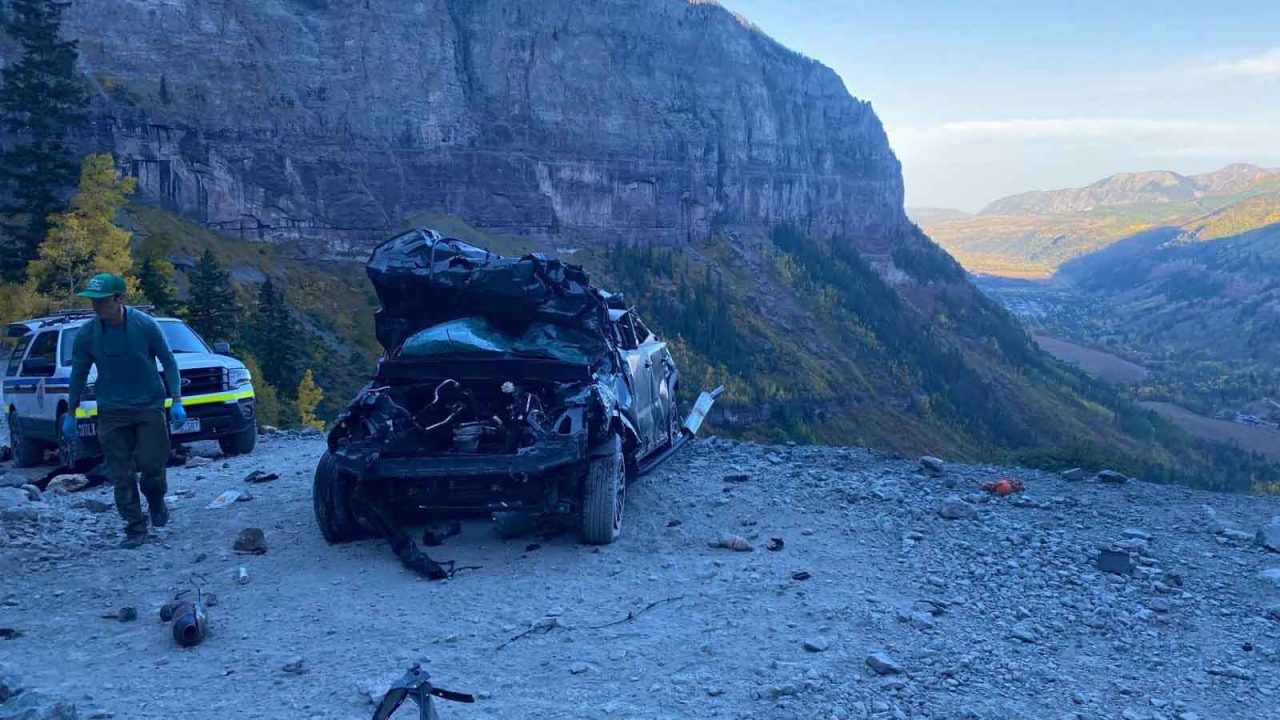 Like the Escape, the Bronco Sport is powered by a 1.5-litre turbocharged three-cylinder engine producing 181 horsepower and 259 Nm while the more powerful turbocharged 2.0-litre mill kicks out 245 hp and 259 Nm of peak torque.
Source: San Miguel County Sheriff