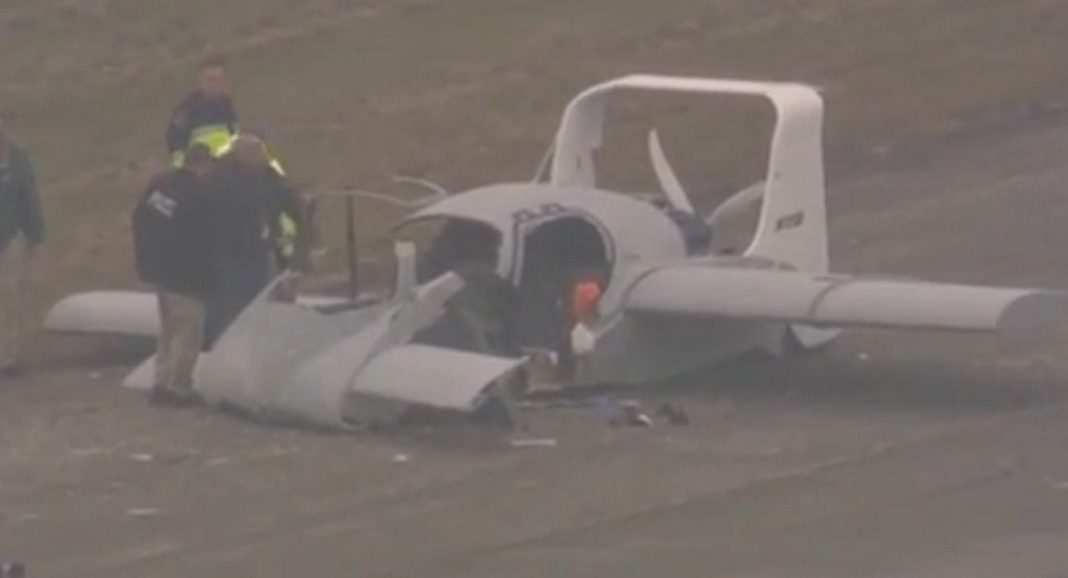 The flying cars are as distance a dream for enthusiasts as the fully autonomous cars. However, the latter has seen promising improvements in recent times but sadly the flying cars are not just there to make a convincing statement of their own. Several companies are putting in their valuable time and money for the research and development in flying cars but the fact just remains the same.

Among the aspirants, Detroit Flying Cars have endured a big blow to their strides as the WD-1 prototype had a crash in Michigan. According to several international reports, the test machine crashed at the Willow Run Airport after 1 pm while conducting a significant test.

During the taxi test as they call, the WD-1 abruptly went airborne and crashed straight back down to the ground. There are no detailed information on the parameters regarding the crash, but it is said that the landing gear collapsed and resultantly the front portion of the flying car prototype ended in pieces.

The test pilot was taken to the University of Michigan hospital and his health status remains uninformed. The investigation regarding the accident is currently underway.

Detroit Flying Cars is among the new startups and it says the WD-1 comes fitted with carbon fibre panels, a powertrain capable of 100 horsepower and a wingspan of almost 8 metres.

The company claims that the WD-1 flying aircraft/car is capable of doing 643 km range using the aforementioned engine and it can cruise at 201 kmph in airplane mode. Meanwhile, the car mode will use an all-electric propulsion system to develop as much as 53 hp.

When the charging replete, the regular engine kicks in to recharge the battery and in battery mode, the WD-1 is claimed to do 80 km.