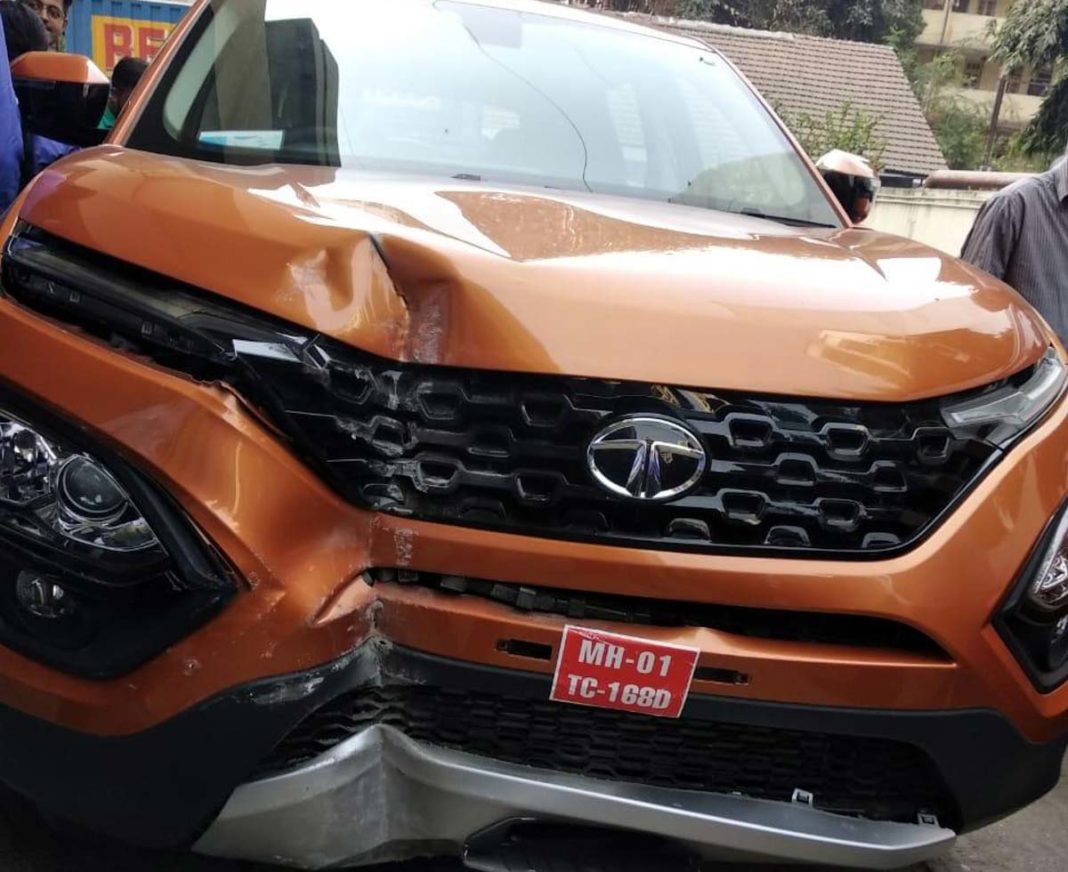 An employee at Tata’s Concorde Motors dealership in Prabhadevi, Mumbai has been responsible for the unfortunate crash

The long-awaited Tata Harrier broke into the domestic scenes on January 23 costing between Rs. 12.69 lakh and Rs. 16.25 lakh (ex-showroom). The aggressive pricing complemented by the all-new OMEGA (Optimal Modular Efficient Global Advanced) architecture and the new Impact Design 2.0 design philosophy have been an instant hit among enthusiasts.

Tata has dispatched the Harrier to its dealerships across the country as the sales processes and test drives are on full swing. In an unfortunate turn of events, the five-seater monocoque SUV has been crashed by an employee at Tata’s Concorde Motors dealership in Prabhadevi, Mumbai.

He might have run into a pole or something by the looks of it but we do not know the exact scenario behind the accident yet. These events can happen at any place in any time as a vehicle has to go through a lot before the key is handed over to the customer, and the temporary registration plate suggests that the unit could have been waiting on to get delivered. 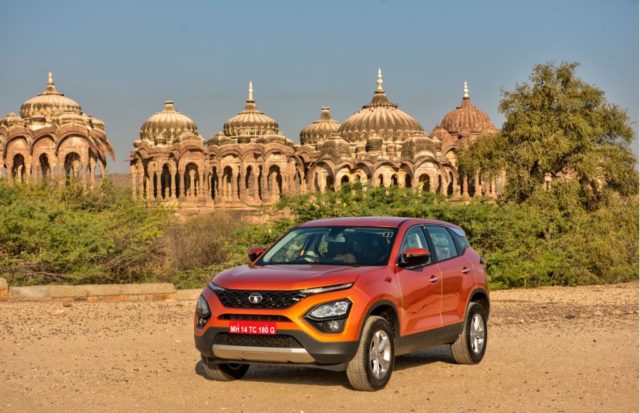 Rest assured, somebody has a hefty bill to pay nevertheless. The Tata Harrier has a robust construction as the OMEGA platform is based on Land Rover’s D8 that was responsible for more than a million SUVs globally. It does share several components with the Discovery Sport alongside sharing wheelbase of 2,741 mm.

Since we are on an accident theme, it is important to note that the Harrier comes equipped with a plethora safety features such as ABS (Anti-lock Braking System) with EBD (Electronic Brake-force Distribution), ESC (Electronic Stability Control), Hill Hold and Descent Control, Rollover Mitigation, CSC (Cornering Stability Control), six airbags as standard, etc.

The Harrier will spawn a seven-seater sibling going by a different nameplate sometime this year and is expected to debut in its near production form at the upcoming Geneva Motor Show. It will primarily rival Jeep Compass, Hyundai Tucson and Honda CR-V among a whole bunch of others.