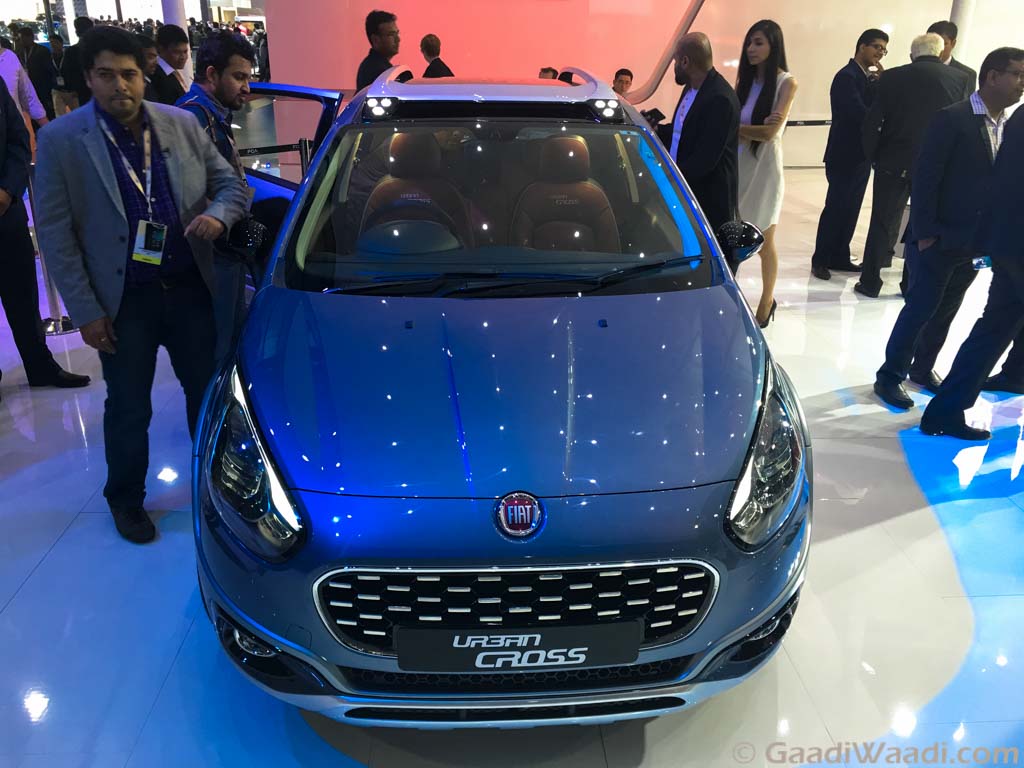 The speculations of the existence of a crossover concept based on the Avventura has come into reality as Fiat hosted the unveiling of Avventura Urban Cross concept alongside a couple of other launches in Punto Pure and Linea 125s at the 2016 Auto Expo held in Greater Noida. The market launch of the production version is slated sometime during this year.

The Fiat Avventura Urban Cross concept is propelled by the same high performance motor occupying the engine bay of the Abarth Punto hot-hatch. The 1,368 cc T jet petrol mill is good enough to generate a maximum power output of 140 hp at 5,500 rpm and 210 Nm of peak torque between 2,000 and 4,000 rpm. As in the Abarth Punto, the engine will be mated with a five-speed manual transmission.

It has identical proportions to the hatchback-based compact crossover, Avventura which was first revealed at the last edition of the Indian motoring show. The Urban Cross concept measures about 3989 mm in length, 1706 mm in width and 1542 mm in height. The production model of the Urban Cross concept intends to lure in customers entangled with driving on city roads all weekdays and decides to have an off-roading journey on weekends. It makes for ‘thrilling’ driving experience claims the Italian auto giant without compromising the dynamic presence on city roads. Unlike the current generation Avventura, which has charming looks and curvier stance, the Urban Cross concept has more detailing went into designing of the front fascia. It’s fitted with a silver-lined prominent front grille, metallic skid plates, chrome-covered fog lamp enclosures and LED head lamps stretching from the tip of the cluster to the very end. Although slightly intrigued by where Fiat will place this crossover as the mechanicals allow for a premium price tag, the Urban Cross concept has certainly paved way for the next generation Avventura in terms of overall refreshed styling. The Avventura currently compete against Hyundai i20 Active, Volkswagen Cross Polo, Toyota Etios Cross and Ford EcoSport in the crossover segment and is priced from Rs. 6.57 lakh to Rs. 9.95 lakh (ex-showroom, Delhi).