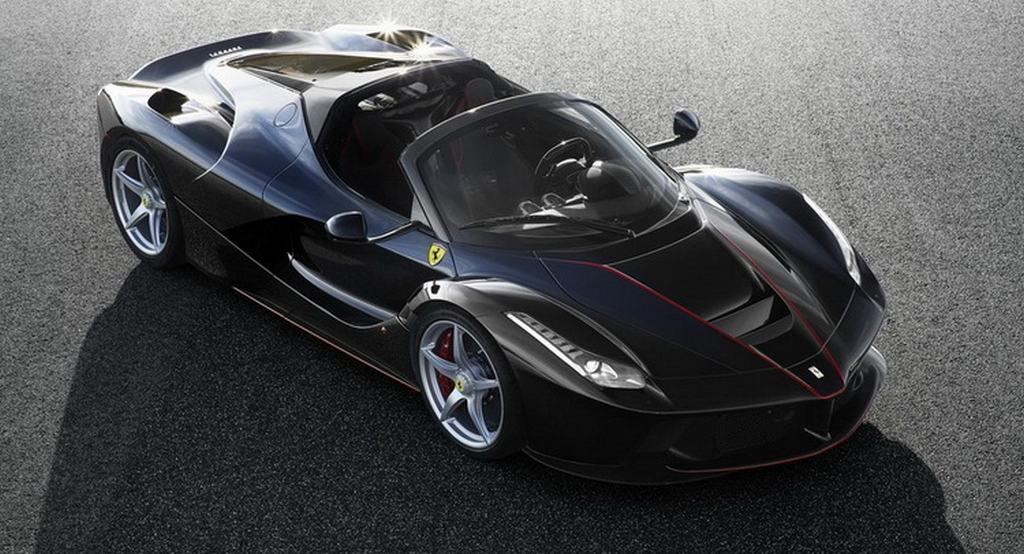 A new limited edition hypercar has been revealed by Ferrari yesterday ending months of speculations regarding what it would be. The flamboyant Italian supercar manufacturer took to Twitter to announce the limited production-run model. The three images released obviously hide plenty of details like the interior and the clear-cut rear fascia.

Ferrari has not made public about the technical specifications, number of cars on this limited production run and even the official name as everything reserved are to be announced at the official unveil. The glamorous 2016 edition of the Paris Motor Show in the beginning of October has been selected as the venue. So far, what is known is that the hypercar is a spider version of the LaFerrari. The design changes to adopt a soft-top will include roll-over hoop for occupants’ protections and a couple of rear buttresses. Ferrari’s recent convertibles have been treated with foldable hard-tops but the LaFerrari Spider will be something entirely different.

The open-top model will feature a removable carbonfibre hard top or a removable soft top because of the V12 mid-engine coupled and the hybrid system’s tight packaging. While conserving weight will play a significant role in the design, the mechanicals are more likely to be shared with the standard LaFerrari hybrid hypercar. Its market launch will happen sometime in 2017.

FCA group head and Ferrari’s CEO Sergio Marchionne has already confirmed that the potential customers had witnessed the limited production hypercar earlier in the year and that all the examples have been sold out. Despite the statement on pricing is not announced officially yet, it is believed have an estimated tag of €3.5 million (a whopping Rs. 26.15 crore) excluding taxes.

Under the carefully sculpted bodywork for effective air flow, the LaFerrari Spider will get the power sourced from the LaFerrari coupe. The naturally-aspirated 6.3-litre mid-mounted V12 petrol engine will churn out a maximum power of 789 hp and it gets combined with the 160 hp electric motor to overall generate an enormous 950 horses. Ferrai has made changes to the carbonfibre chassis to maintain the same torsional rigidity and bean stiffness as the LaFerrari coupe. The hypercar’s aerodynamics has been revised to make sure it possesses the same drag co-efficient as its hardtop sibling even when the roof is down with no difference in cornering and straight line speeds.