We have already seen the updated 2020 BS6 Classic and Thunderbird models being tested on the Indian roads on several different occasions. Besides the new Thunderbird and Classic range, Royal Enfield will also introduce the BS6 compliant Himalayan in the country as well.

Royal Enfield already showcased three new colour options for the Himalayan at the 2019 EICMA Motorcycle show which will likely be introduced with the updated model. The good news is that besides the new colour options, the 2020 Himalayan model will also receive a new switchable ABS and hazard light feature.

The switchable ABS option will give the rider more control of the motorcycle when the tarmac gives up on the rider. The rider can easily turn the ABS off and can lock their rear wheel to bring the bike to a halt in a tricky situation. 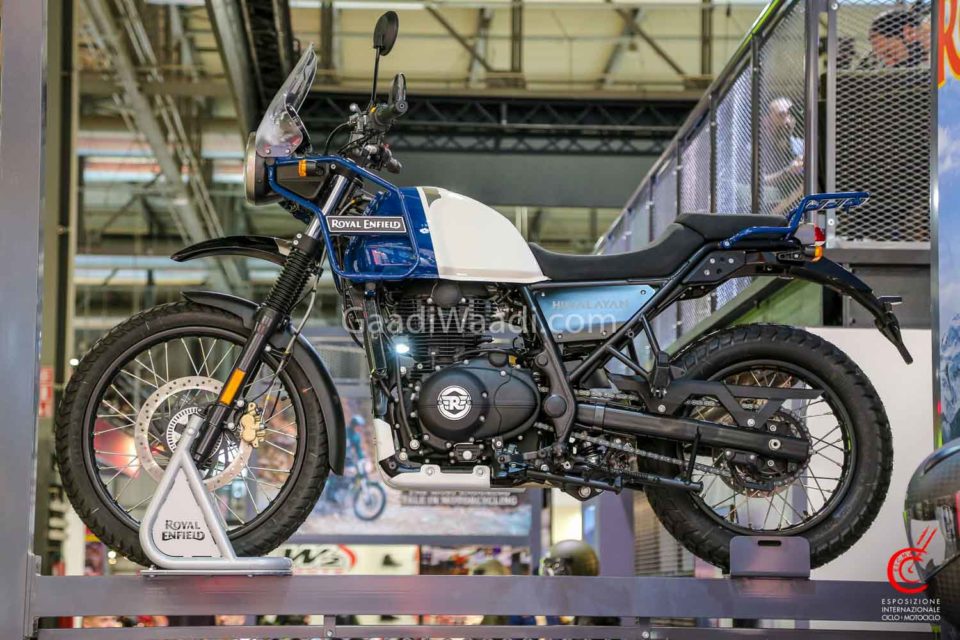 The Hazard light, on the other hand, will make the motorcycle more visible if the rider is riding in some extreme weather conditions where the visibility is low. Like we already mentioned above, expect the updated BS6 Himalayan to also get three exclusive colour options- Rock Red, Lake Blue, and Gravel Grey which will be sold alongside the three existing colour options.

To make things more exciting RE will likely also introduce some new accessory options with the updated BS6 model. The RE Himalayan showcased at the 2019 EICMA Motorcycle show was kitted with a new black hard pannier and a new sturdy handguard which will likely also be introduced in the country soon. 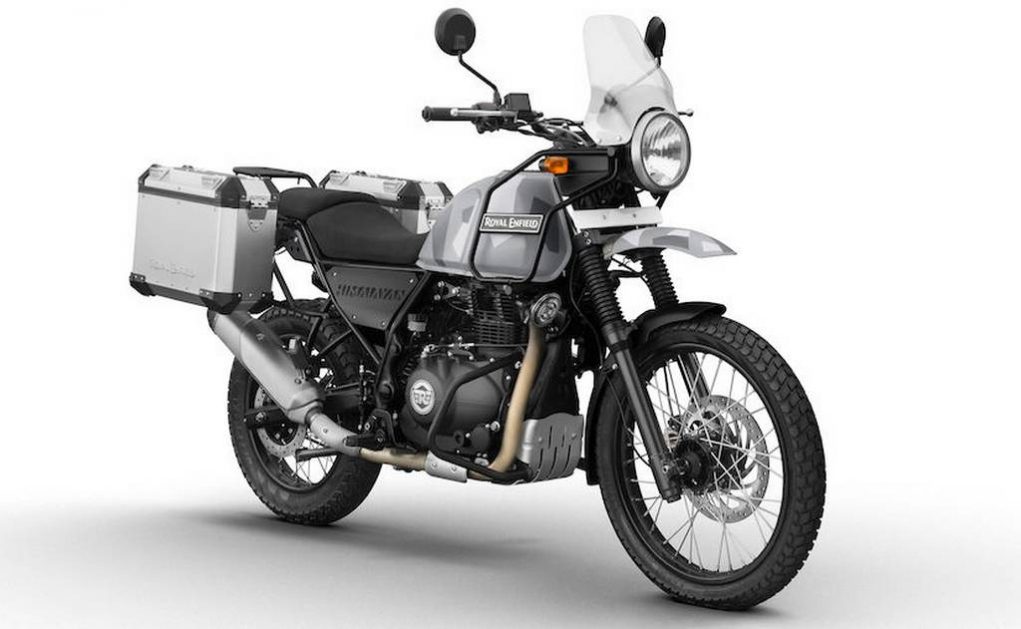 Besides these new minor cosmetic and mechanical updates, the rest of the motorcycle will remain mechanically unchanged. The BS6 Himalayan will likely be powered by the same 411, single-cylinder, air-oil cooled engine. The current BS-IV unit produces about 24.5 bhp of peak power and 32 Nm of peak torque.

The engine is coupled with a five-speed gearbox. The Himalayan depends on a 300mm disc brake at the front and a 240mm disc brake at the rear. A dual-channel ABS is offered as a standard for the safety of the rider. Expect the BS6 compliant Himalayan to be priced atleast Rs 10-15 thousand more than the existing motorcycle. The launch of the BS6 Himalayan is expected to happen in early January 2020 or late december 2019.