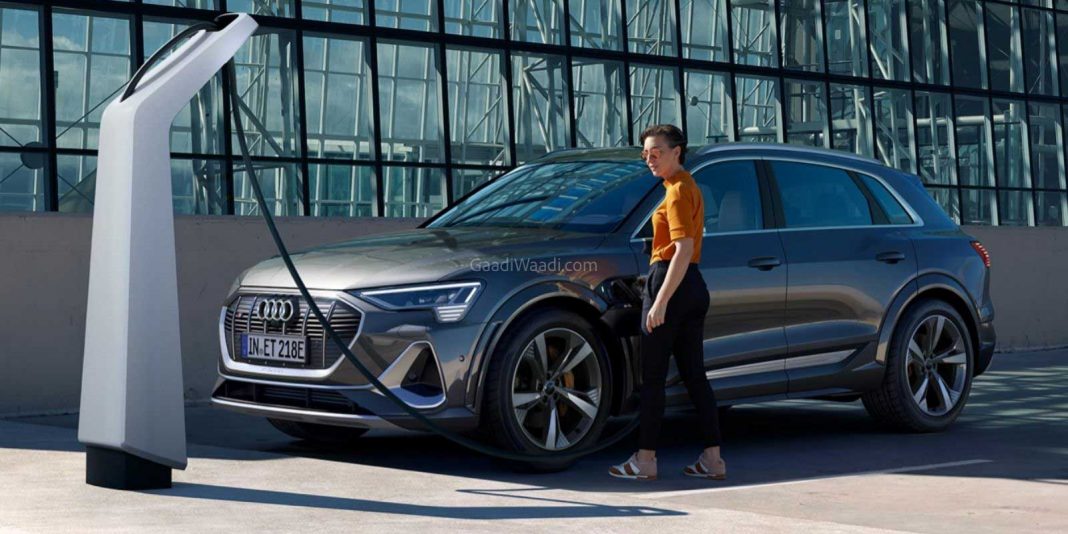 While the total volume of the European car market fell by 18 per cent this August, sales of EVs and electrified vehicles showed strong growth

In August 2021, electric and plug-in hybrid vehicles combined managed to outsell diesel cars in Europe for the first time ever. As per JATO Europe, the overall sales figure of electrified vehicles grew by 61 per cent on a Year-on-Year (YoY) basis, up to a total of 151,737 units, which is 10,100 units higher than their diesel counterparts.

During the same month last year (August 2020), diesel cars had outsold electric ones by a gigantic margin of 158,300 units. The market share of EVs and plug-in hybrids increased to 21 per cent in August this year, with diesels at their tail at 20 per cent market share. This is the second-highest monthly market share ever achieved by EVs and PHEVs in the continent.

Gasoline-powered cars continue to have the largest market share, standing at 56 per cent in August 2021. However, the figures are steadily declining, mainly due to the rising popularity of electrified vehicles among European buyers. Interestingly, battery-powered electric vehicles were way more popular than plug-in hybrid cars.

Volkswagen ID.3 was the best-selling EV in Europe this August, followed closely by Tesla Model 3. Volkswagen ID.4 secured the third position, but quite a bit far away from the first two. As for plug-in hybrids, Ford Kuga PHEV topped the chart, followed by Mercedes-Benz GLC PHEV and BMW 3-Series PHEV, in that order.

Felipe Munoz, Global Analyst at JATO Dynamics, had his to say: “Although deals and incentives have played a significant part in boosting demand, we have seen a fundamental shift in buying habits as more appealing models have entered the market and consumers have become aware of the benefits attached to EVs.” 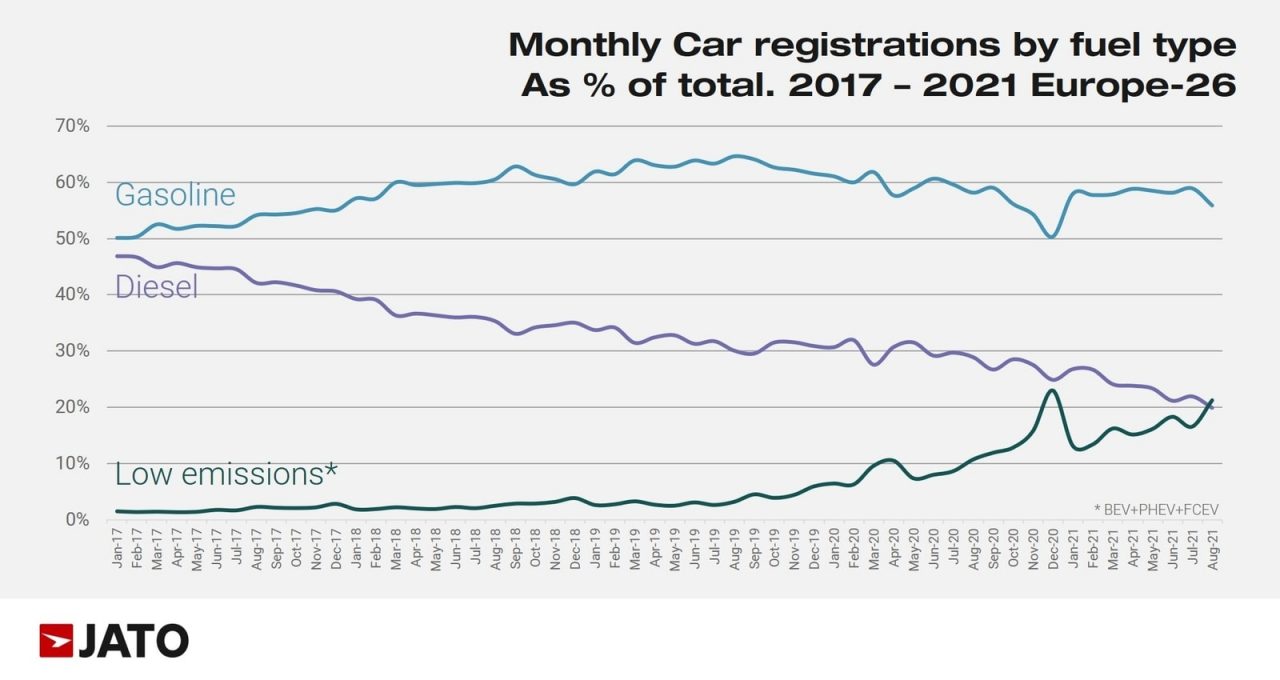 It should be noted that the total number of new car registrations in Europe fell by 18 per cent during the month on a YoY basis, down to 713,714 units. The biggest reason for the drop in new car registrations (and sales) is the global semiconductor chip shortage. As the waiting periods for new cars are quite high these days, many buyers in Europe are looking towards the used car market instead.