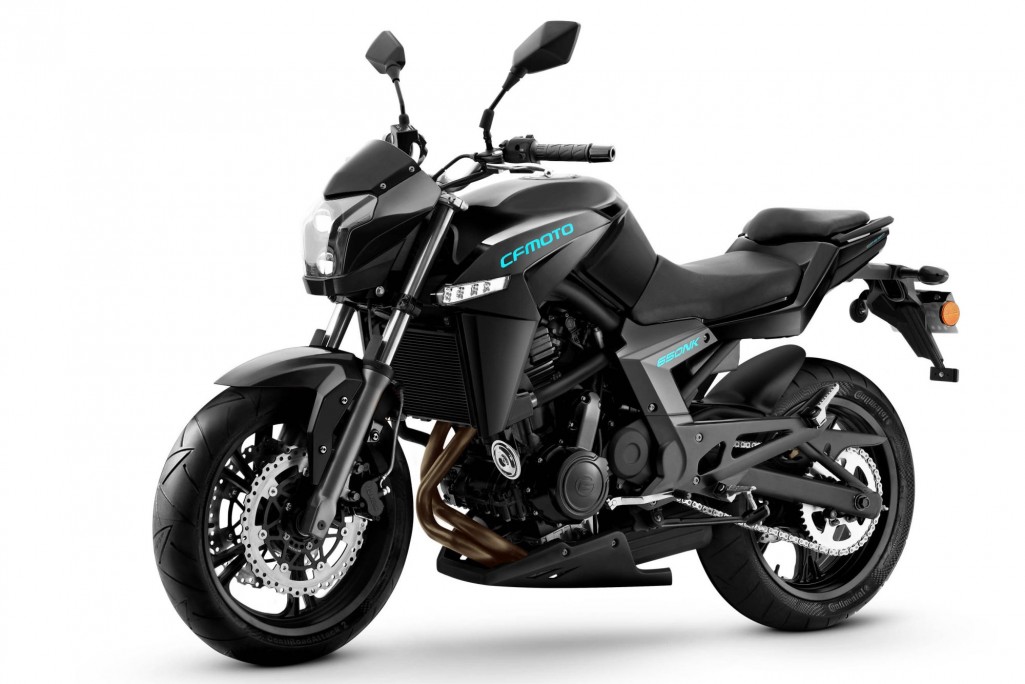 Hyderabad based Eider Motors has launched their Chinese partner CFMoto’s 650 NK street fighter in India at a price tag of Rs. 3.37 lakh including all the taxes and checkup. With this offering Eider Motors and CFMoto is targeting the sportsbike market.

At the 600–650cc segment Benelli and Kawasaki offers their products at much higher pricing. So, it can be easily said, that the CFMoto 650 NK will fulfill the poor man’s dream of owning a higher capacity sports bike. It also becomes the most affordable 650cc bike in India and without any competition.

The 650 NK gets an aggressive appearance, and it takes design cues from the other high end sportsbikes. Take the headlamp fairing; it comes similar to the Benelli 600i. 650 NK gets a muscular appearance with tubular steel diamond frame, beefy 17 litre fuel tank with extensions giving the bike a sporty look. It also gets split seats, high mounted handle bars and thick sporty tyres. Dimensionally the bike comes with 2120 mm of length, 780 mm ofwidth and 1100 mm of height.

With a dry weight of 193 Kg, the CFMoto 650 NK gets a Kyaba telescopic suspension at the front, while the rear gets Kyaba monoshock. The braking duty is done by twin disks at the front wheel, while the rear wheel gets a single disk. This bike is powered by a 649.3 cc parallel twin liquid cooled engine mated to a 6 speed transmission, which produces 56.4 PS of peak power at 9500 rpm and 62 Nm of peak torque at 7000 rpm.

Although this bike might be the cheapest 650cc offering in the country at present, but before you go for buying one, it is advisable to check the quality, service network and availability of spare parts.