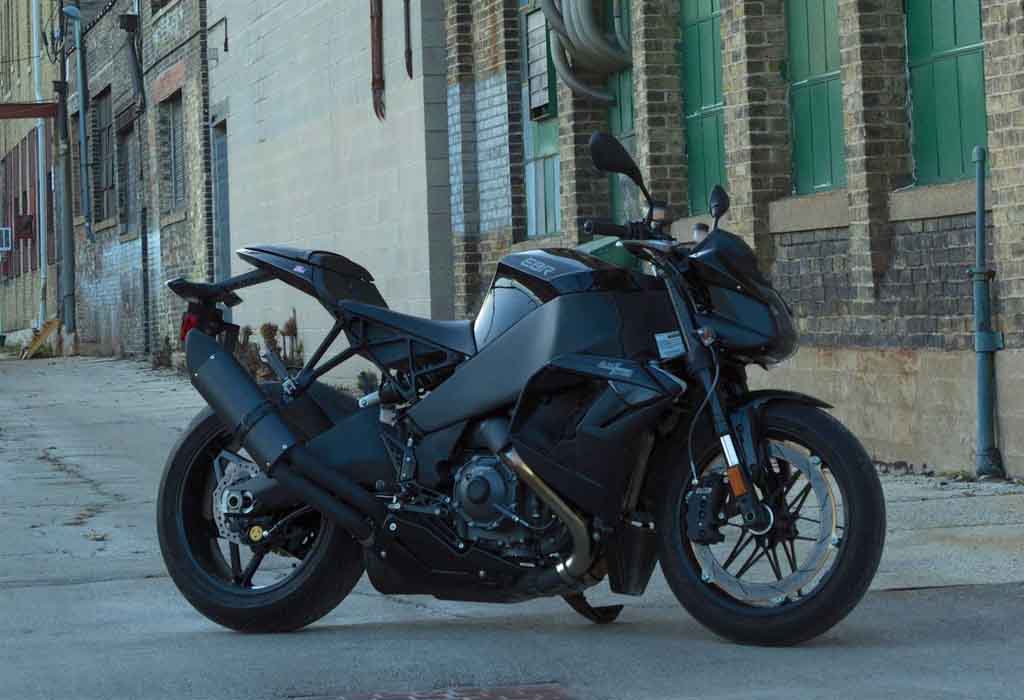 EBR Motorcycles, formerly known as the EBR Racing has unveiled the Black Lightning, at the Long Beach International Motorcycle Show in California. This is the first bike from the company this year and it was teased earlier saying, “Something quick, dark and low.”

The high-performance bike appears with a very aggressive and menacing look. It has been derived from 2015 EBR 1190SX and shares the same platform, but the very sculpted looking Black Lightning is equipped with improved rider ergonomics and handling as well. Earlier many enthusiasts hoped, it would come as a Ducati Diavel like model, but the reality is different and pretty attractive indeed.

Power source for EBR Black Lightning is the 1190 cc V-Twin engine, which has been built in-house by the company. The US-based company claims that, the liquid-cooled, four-stroke engine is capable to churn out 185 hp of peak power at 10,600 rpm and 137.8 Nm of peak torque at 8.200 rpm. It comes with smoother response, improved acceleration and torque delivery, thanks to revised gearing. 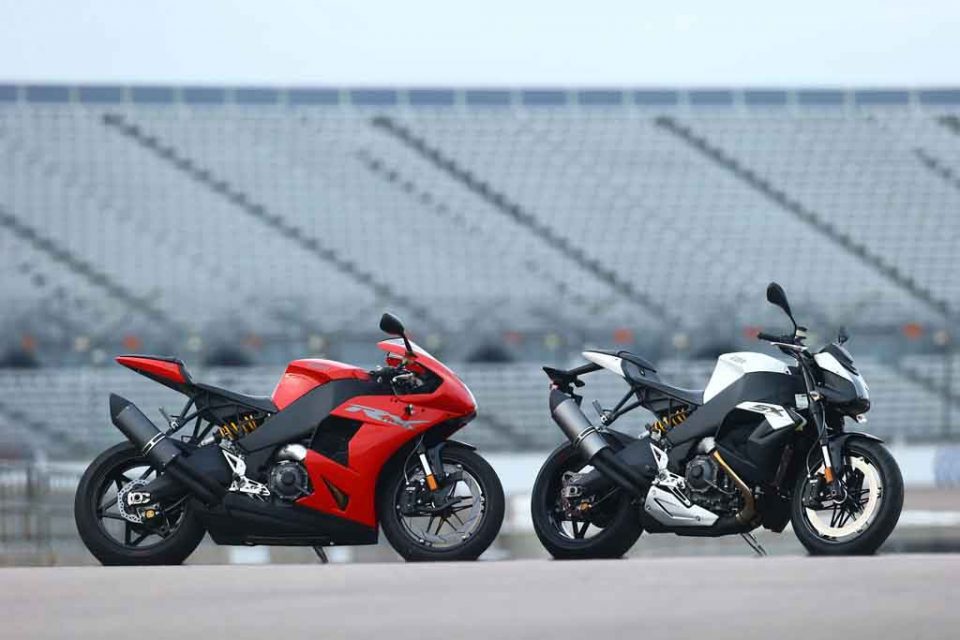 Pricing for the EBR Black Lightning is $13,995, which is equivalent to Rs. 9.5 lakh. The company was a previous partner of the Hero MotoCorp. The Indian two-wheeler manufacturer acquired 49% stake in the company for Rs. 150 crore, back in 2013. But the move backfired, when the US firm filed for bankruptcy, which led Hero to write off the investment.