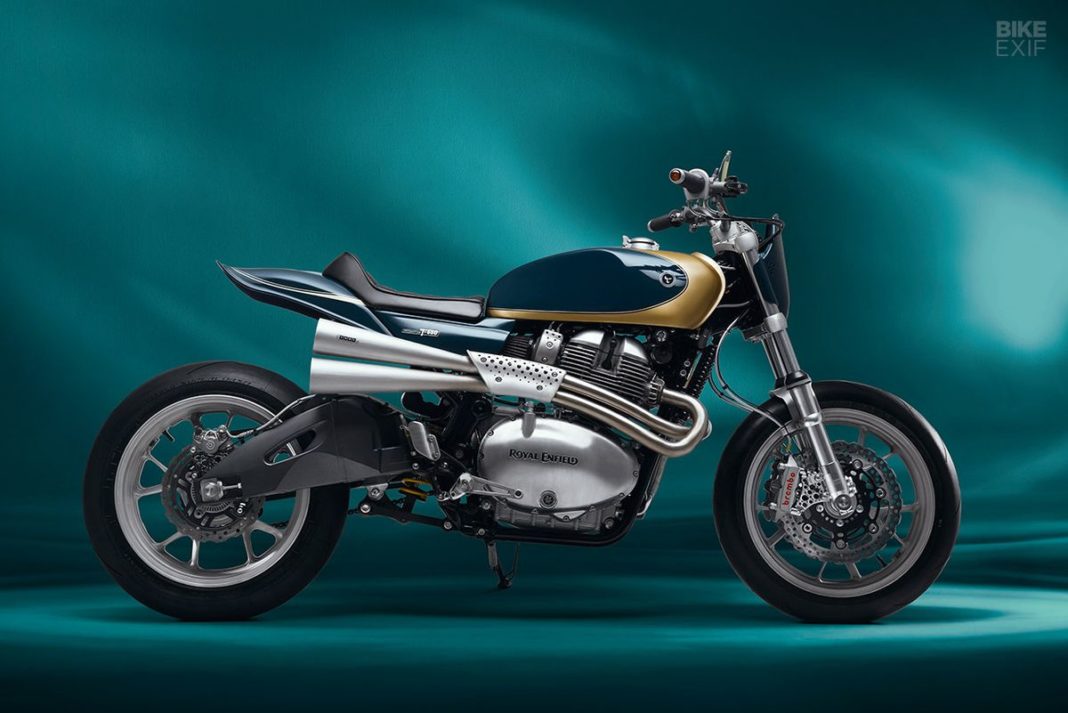 Royal Enfield officially launched the Interceptor 650 and Continental GT 650 late last year. The motorcycles have been aggressively priced in most of the countries, which helped them to be more popular among enthusiasts. The 650 Twins do not have any complicated mechanical parts or electricals as it makes them easy to customize.

We have already seen several custom works on 650 Twins and even some from Royal Enfield itself. This latest modification comes from Thrive Motorcycles based in Jakarta, Indonesia and they are famous across the world for their perfection, which makes them unique and stand out.

The new model has been christened as Interceptor T650. First, they removed all the body parts and started from scratch. All the body panels have been made from Aluminum as it reduces weight. The front gets a small bikini fairing with a LED light integrated into it. The fender is also new along with custom handlebars with indicators integrated into it. 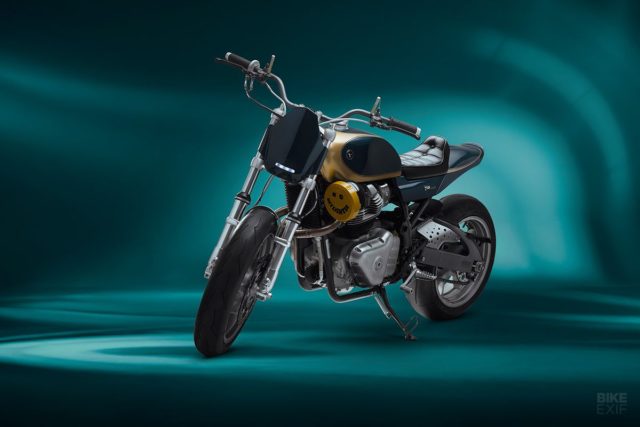 The fuel tank design is similar to the stock model but they have made some tweaks. The custom shop has given a single piece seat for the Interceptor and the rear gets a completely new design. The twin-pod instrument cluster has been replaced by a single pod cluster as it gets analogue speedometer while other information is displayed on a small digital screen.

The custom shop replaced the stock clutch system and upgraded it to a hydraulic system with a pair of Brembo RCS Master Cylinders. Instead of the stock foot pegs, they have given new aluminium footrests made by Italian brand Tarozzi. Thrive Motorcycles has made some mechanical changes to improve the ride. 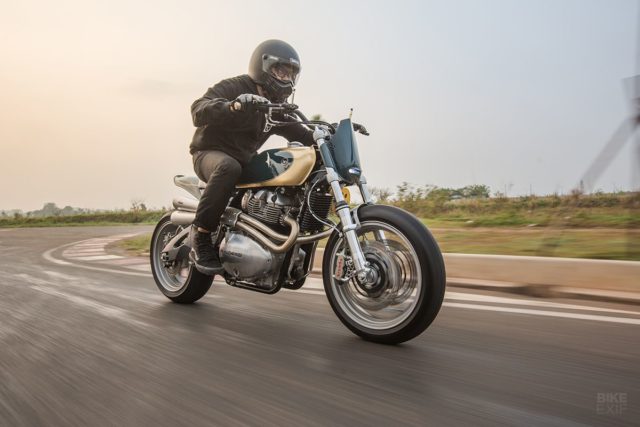 The dual gas-charged shock absorbers at the rear have given way for a new mono-shock suspension, which is taken from Suzuki GSX-R600 and a new swing arm. The front gets new Cariani GP38 forks at the front. The brakes have been upgraded as the front gets dual disc brakes from Brembo with four callipers and twin piston at the back.

The Interceptor 650T gets 17-inch forged aluminium Enkei wheels and they come from Kawasaki Ninja ZX-10 R. The front come with 120/70 section tyre at the front and 150/70 section tyre at the rear. The company has given stickier Pirelli Diablo Supercorsa. The bike also gets custom hand bend stainless steel exhaust and the only change on the engine is the new K&N filter. The total project took more than 600 hours to complete.