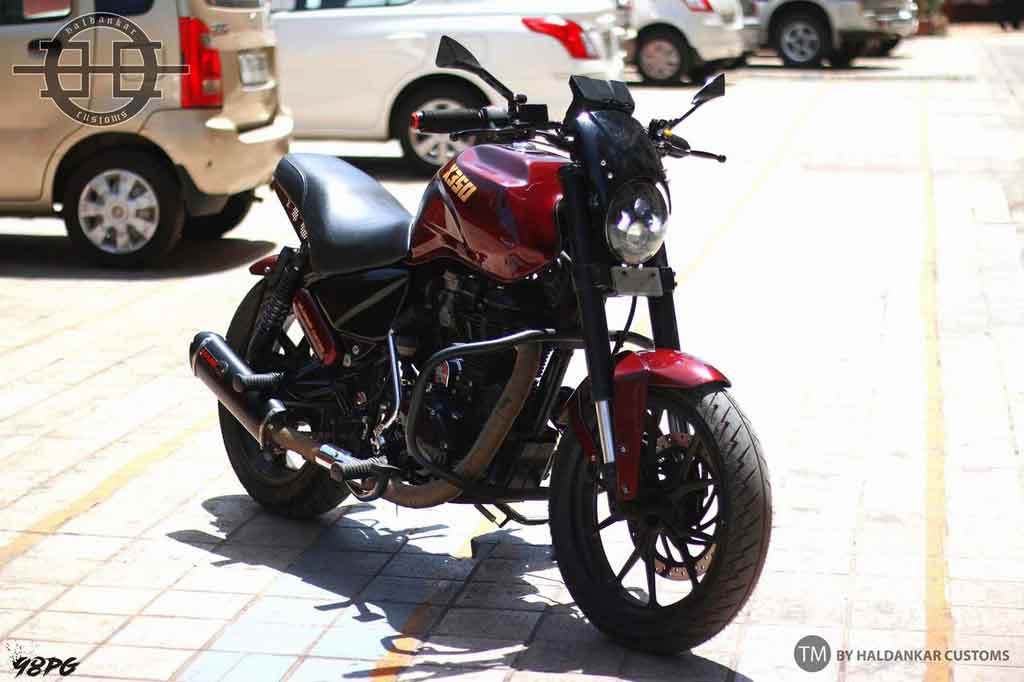 Royal Enfield motorcycles are truly adaptable of various customisation jobs. While some owners like bobber look, some prefer a café racer appearance. Here the owner of a Royal Enfield Thunderbird 350 has preferred to go for a streetfighter look for his motorcycle and here comes the X350 V2, customised by Mumbai-based Haldankar Customs.

The customised motorcycle certainly looks very unique and eye-catching. Apart from the modified look, the most attractive design element is the waterproof digital instrument cluster with LED display that gives a vibe that the motorcycle has received inspiration from KTM Duke 390. The digital instrument console gets GPS, Bluetooth, built-in games and even games also. 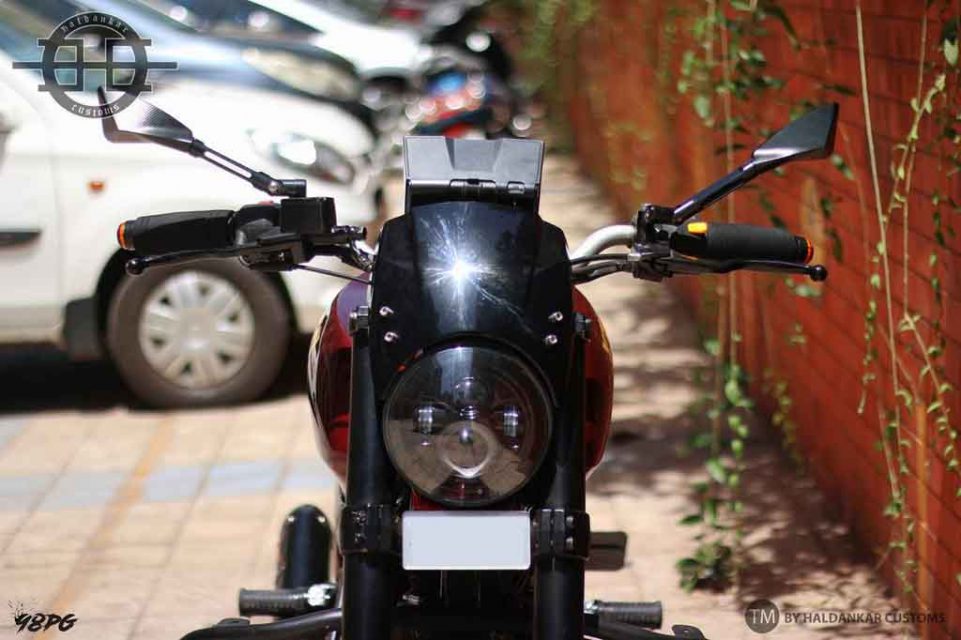 The front fascia of the customised motorcycle resembles with Harley Davidson Street 750 with the round shaped headlamp and the black front cowl. The headlamp gets four LED lamps providing strong illumination. It gets custom flat handlebar and the fuel tank appears very chunky and muscular looking with its sculpted appearance. This modified X350 V2 comes with a custom seat offering higher seating position. The side body panels have been changed as well and both the front and rear fenders appear shortened compared to the regular Royal Enfield Thunderbird 350.

It receives a sleek LED taillight neatly tucked underneath the seat. Other custom elements include new wing mirrors, new exhaust, WP inverted front telescopic front fork and Bybre disc brakes at both ends. Apart from that, the motorcycle comes much lightweight compared to the stock Royal Enfield Thunderbird 350 that weighs 192 kg. As the customiser claims, the X350 V2 appears weighing 160 kg, 32 kg lighter than the stock model. This certainly improves the handling. 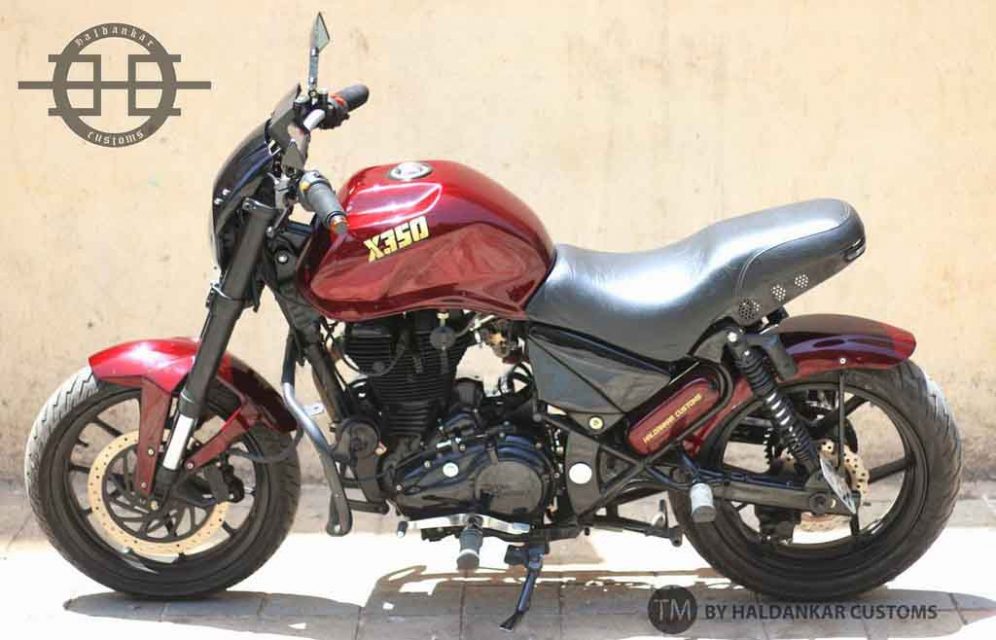