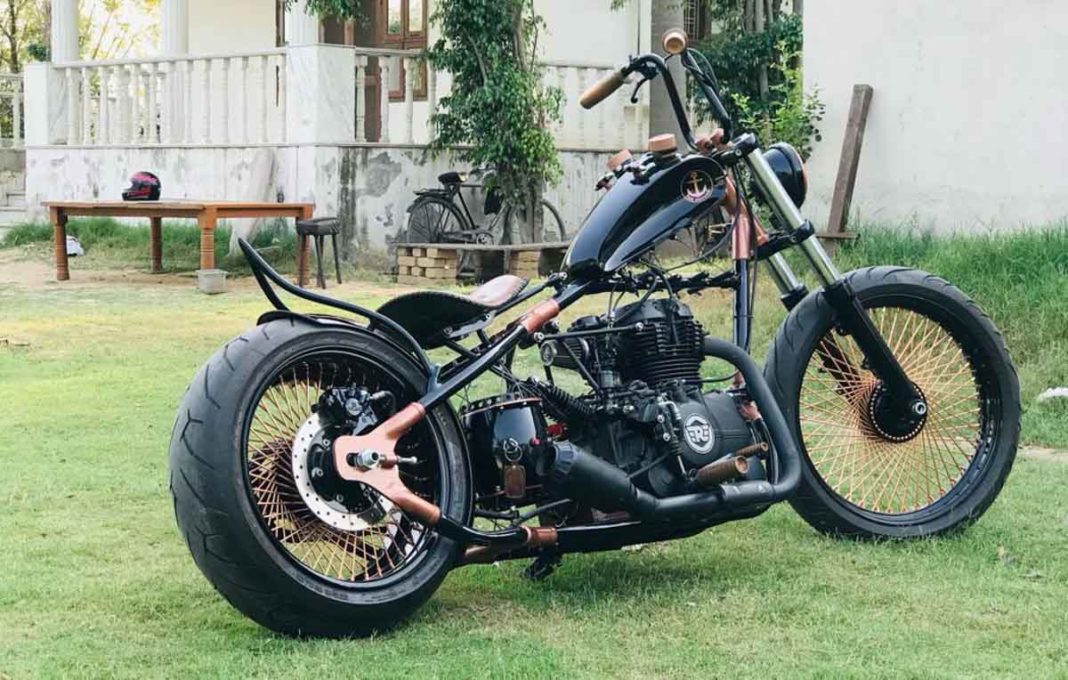 India has a profound love for Royal Enfield motorcycles and as the customization culture catches up, we are seeing some frankly amazing examples of this love. The results are some of the sweetest-looking custom motorcycles, most of which have been based on a Royal Enfield.

Now, a video on YouTube showcases one such motorcycle by TNT motorcycles that has taken a Royal Enfield Himalayan – an ADV meant to go touring and off-roading – into a stanced cruiser. The styling is similar to what you would see on a custom chopper but as you look closer, great attention to detail comes to notice.

First, you will notice just how low the motorcycle is. That’s because it gets a completely new frame which gives a long wheelbase and a low stance. Helping that further is the fat 200 section rear tyre that makes it look like a higher capacity motorcycle. Speaking of tyres, you just have to notice the rims which are spoked and get a golden-finish.

The same colour can also be seen as accents all over the motorcycle as it is there on the foot pegs, gear lever, the handlebar, parts of frame and subframe, swingarm, fuel tank cap, headlamp cover and the rear brake lever.

What’s interesting is that the motorcycle has been given a hard-tail look but it actually, cleverly, integrates a monoshock suspension that is mounted directly onto the seat for some comfort for the rider. The seat itself has a wooden look. 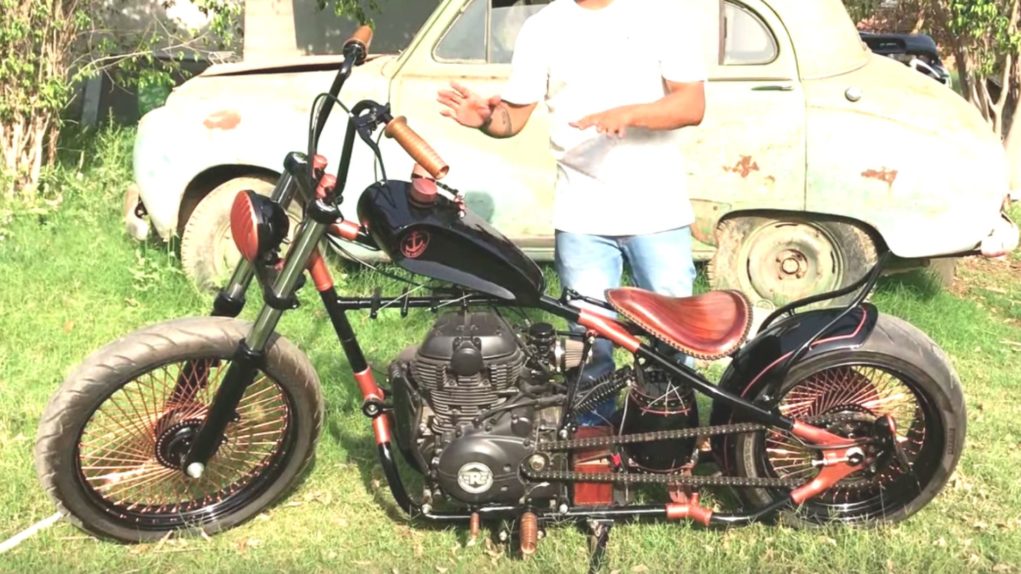 Other highlights include a side-mounted number plate, a custom exhaust, ape handlebars, and the fuel tank looks like it has been tied down to the frame. The video goes on to explain that such a modification takes about 5-6 months of time and cost around Rs. 7 Lakh. And by the looks of it, the wait is worth it!