PSA Group’s Citroen debuted in India last year with the C5 Aircross premium SUV and only a few months ago, the more volume focussed C3 compact hatchback was launched. It was quickly followed by the introduction of the facelifted C5 Aircross. The French manufacturer has been enduring tremendous success in the Old Continent and India is a major part of its global expansion.

Leveraging the local souring strength, Citroen aims to export powertrains and vehicles from India as well big time. The brand has already been spied testing a five-seater that could compete against 4.3-metre long midsize SUVs such as Hyundai Creta and Kia Seltos while a seven-seater based on the C3 was also caught on test lately.

Just a while ago, Citroen confirmed that its first electric vehicle would go on sale sometime next year in India and the first ever spy images of it appear to have come out. As expected, the upcoming zero-emission vehicle is based on the C3 as the side profile and the design elements reminisce that of the existing hatchback but there is something hidden under the camouflage. 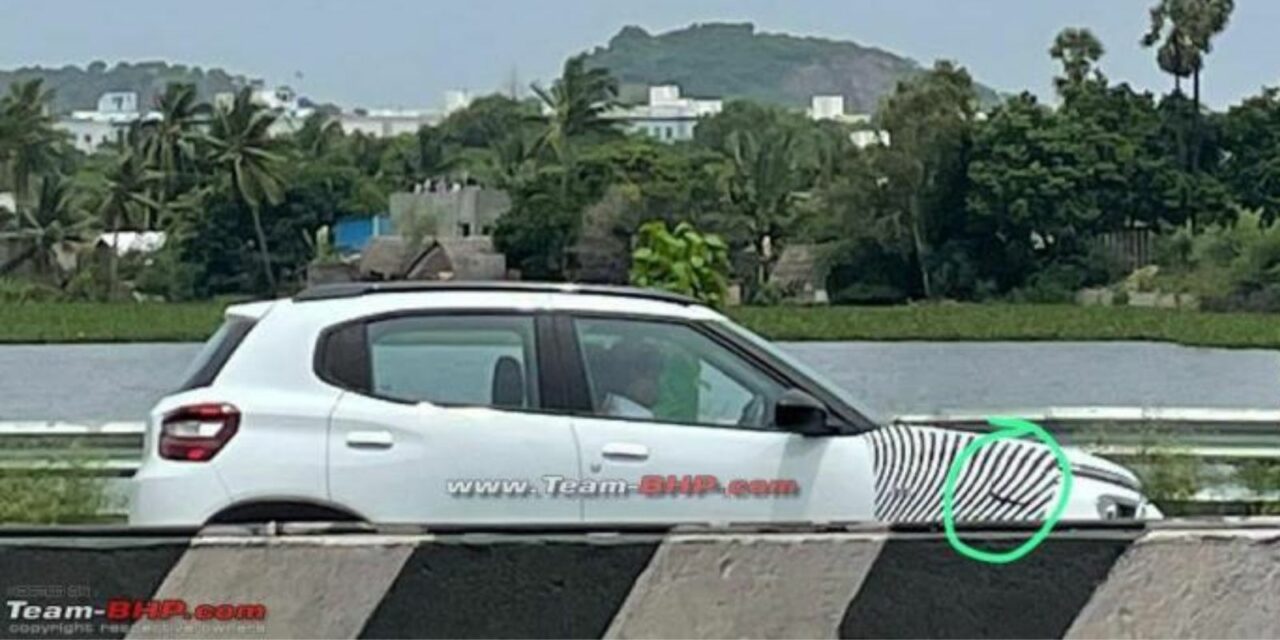 Yes, the white wrap with black lines found on the front fender looks to be covering the charging port but the chances of it being a cut section on it are also high. Moreover, we do expect Citroen to introduce notable changes to the front fascia to differentiate itself from the regular model but the spy image says otherwise.

Reports indicate that the electrified Citreon C3 will make its world premiere in India before the end of this calendar year. If Citroen participates at the 2023 Auto Expo in January, the grand stage could be utilised to showcase the electric hatchback in some form like a near-production concept? No official information is known yet.

The Citroen C3 electric hatchback could target the same space as the upcoming Tata Tiago EV, which will be officially unveiled on September 28, 2022. It must be noted that MG is also developing a small electric car based on China’s Wuling Air EV.