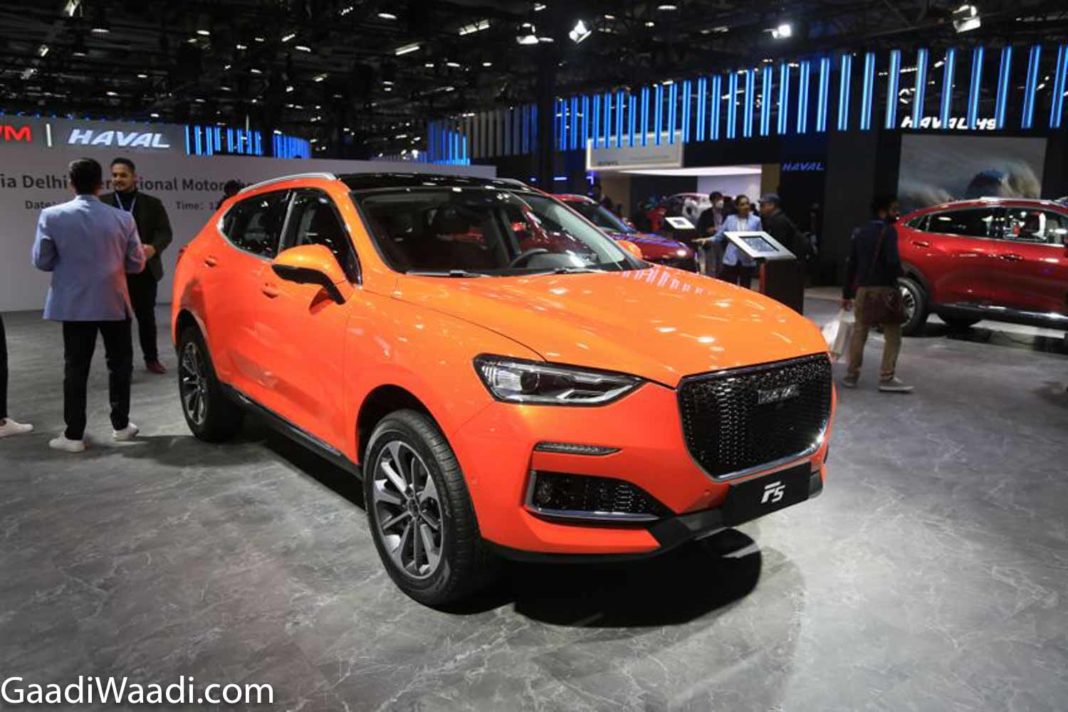 After the successful entry of SAIC-owned MG Motor in India, other Chinese automakers, including GWM are working on introducing products for the country as well

As the first step of entering the Indian market, GWM recently acquired Chevrolet’s Talegaon facility, which will be used as the manufacturing plant by the Chinese marque. Now, the manufacturer has four new SUVs at the ongoing 15th edition of the Auto Expo, which include Haval F7, Concept H and the Vision 2025 concept as well.

The Haval F7 is a production-ready SUV, and will be the first of the Haval products to be rolled out in the market. The F7 is bigger than the F5, and will be pitted against mid-size SUVs in the country, including the MG Hector, Tata Harrier, Jeep Compass, etc. The F7 will likely come equipped with the same 1.5-litre turbo-petrol powertrain as the F5, while it will also get a more powerful 2.0-litre turbocharged petrol unit, churning out 224 hp/345 Nm. 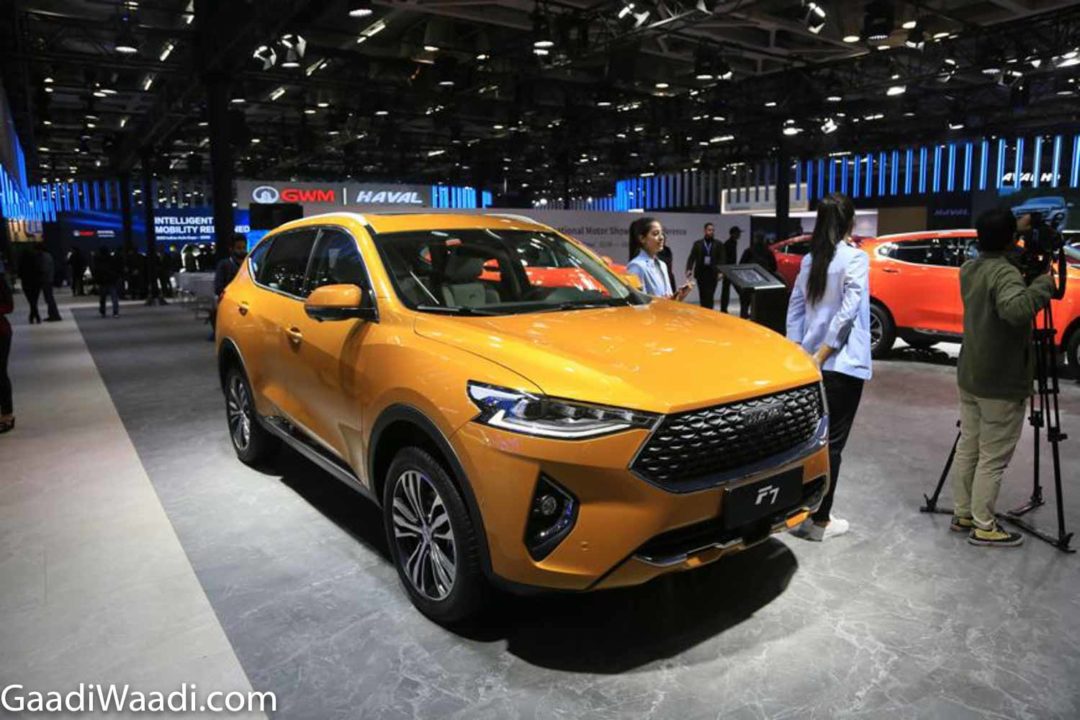 Its F7X derivate, an SUV with a coupe roofline is also on display. Another SUV showcased by GWM is the Vision 2025 concept, which previews the brand’s future technological ambitions. The concept is built around concepts like a hyper sensory visual design, autonomous interaction, full-scene ecological service and intelligent driving assistance.

The Vision 2025 will be based on the same platform as the F5 SUV, and could spawn Haval’s first fully-electric vehicle. The Vision 2025 concept can be tracked anywhere through a dedicated app and it gets a facial recognition system as well. 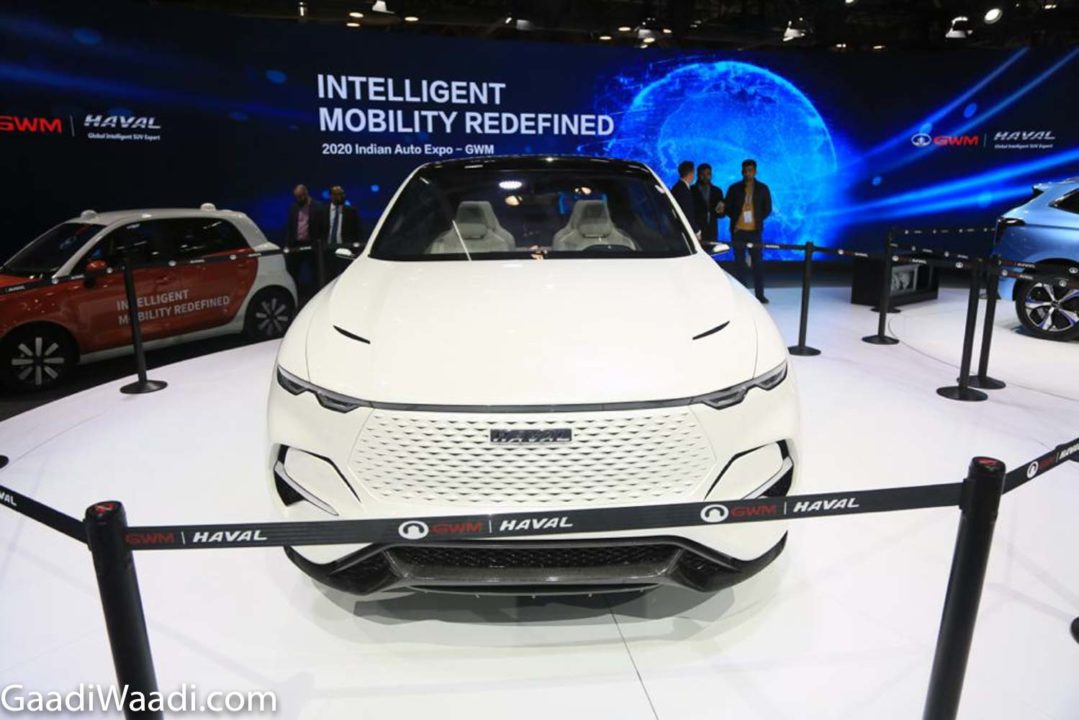 The exterior boasts cameras instead of ORVMs, gull-wing doors, futuristic alloy wheels, sleek headlights and similarly styled tail lights. Besides the two-spoke steering wheel, the interior has no physical buttons and even the gears can be switched with a single tap on the touchscreen. 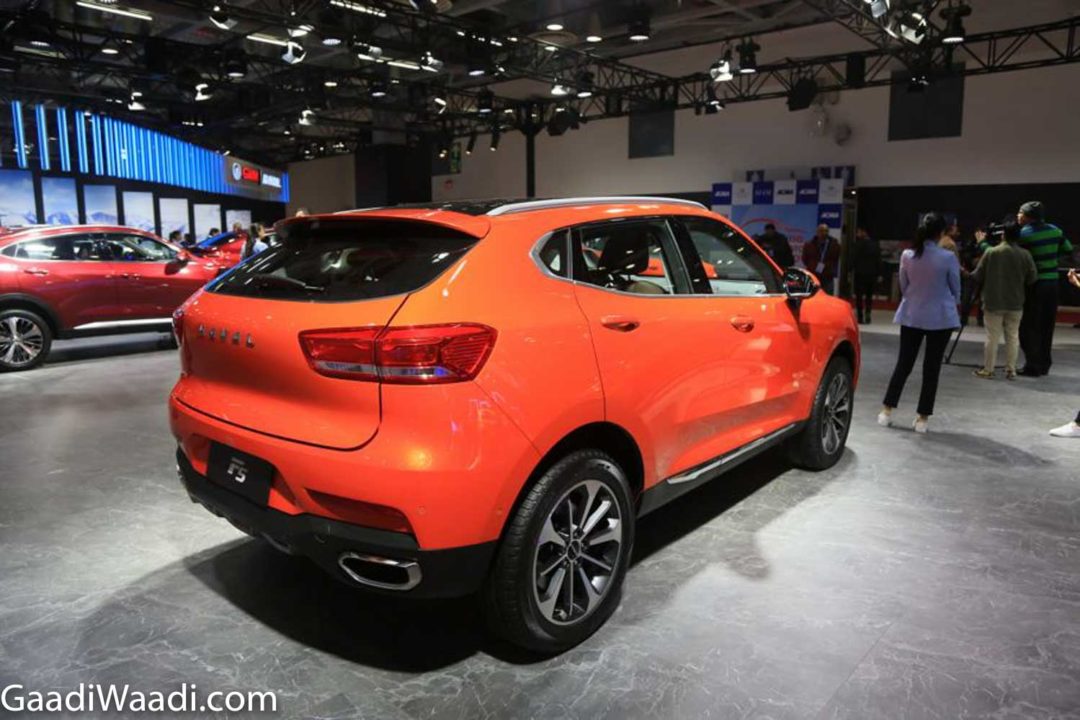 The engine will come paired to a 6-speed MT, and a 7-speed wet-dual-clutch automatic gearbox. The F5 will go on to become the most affordable car to be offered by Haval in India.