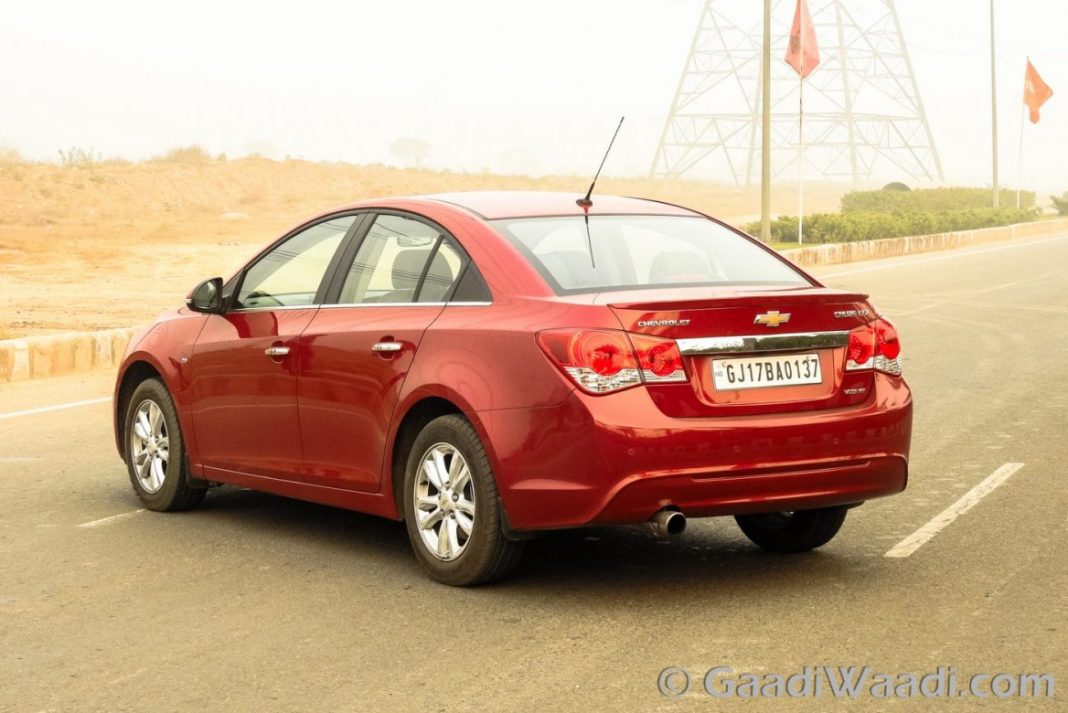 Chevorlet Cruze to get Minor Facelift Soon, all new Cruze likely to launch in 2017

Chevrolet will bring Cruze Facelift sedan to India in the next month most likely. Cruze Facelift in an attempt to make the slow-selling current model more attractive that happened last year as well. The major upgrade came in the year 2012 when it got the 166 PS diesel engine. Cruze Facelift will buy some time for the company as it plans to bring the all new completely global Cruze into our market which was unveiled some time back in the year 2017. 2017 Chevorlet Cruze will showcased the Auto Expo 2016.

2016 Chevorlet Cruze Facelift is expected to get cosmetic changes on the outside such as a larger front grille with a honeycomb mesh pattern. As always a restyled front bumper will be seen. At the rear a reworked bumper and tail-light is expected. The car is expected to be equipped with LED day-time running lights and projector fog lamps which should solve the poor lighting issue the car has always had. Alloy wheels are also set to change to distinct from the models of the past.

2016 Chevorlet Cruze Facelift interior has a very high possibility to get the MyLink infotainment system. The system has been seen in the Trailblazer SUV that was launched in October 2015. The MyLink infotainment system features voice recognition, Bluetooth connectivity and hands-free telephony options. The 2016 Chevorlet Cruze Facelift will also be equipped with a reverse parking camera and sensors.

2016 Chevorlet Cruze Facelift is not likely to get any mechanical changes. 2016 Chevorlet Cruze Facelift will be powered by the same 1,998cc, 4-cylinder diesel engine as the current model. The engine makes 166 PS and 380 Nm of torque. Gearbox will remain the same on the car which is a 6-speed manual and a 6-speed automatic. There will be two variants on offer the LT and the LTZ and LTZ for the automatic. There is also rumor suggesting the Beat will also get the same changes as it the new model for this popular hatchback from the GM stable is also coming in the year 2017.