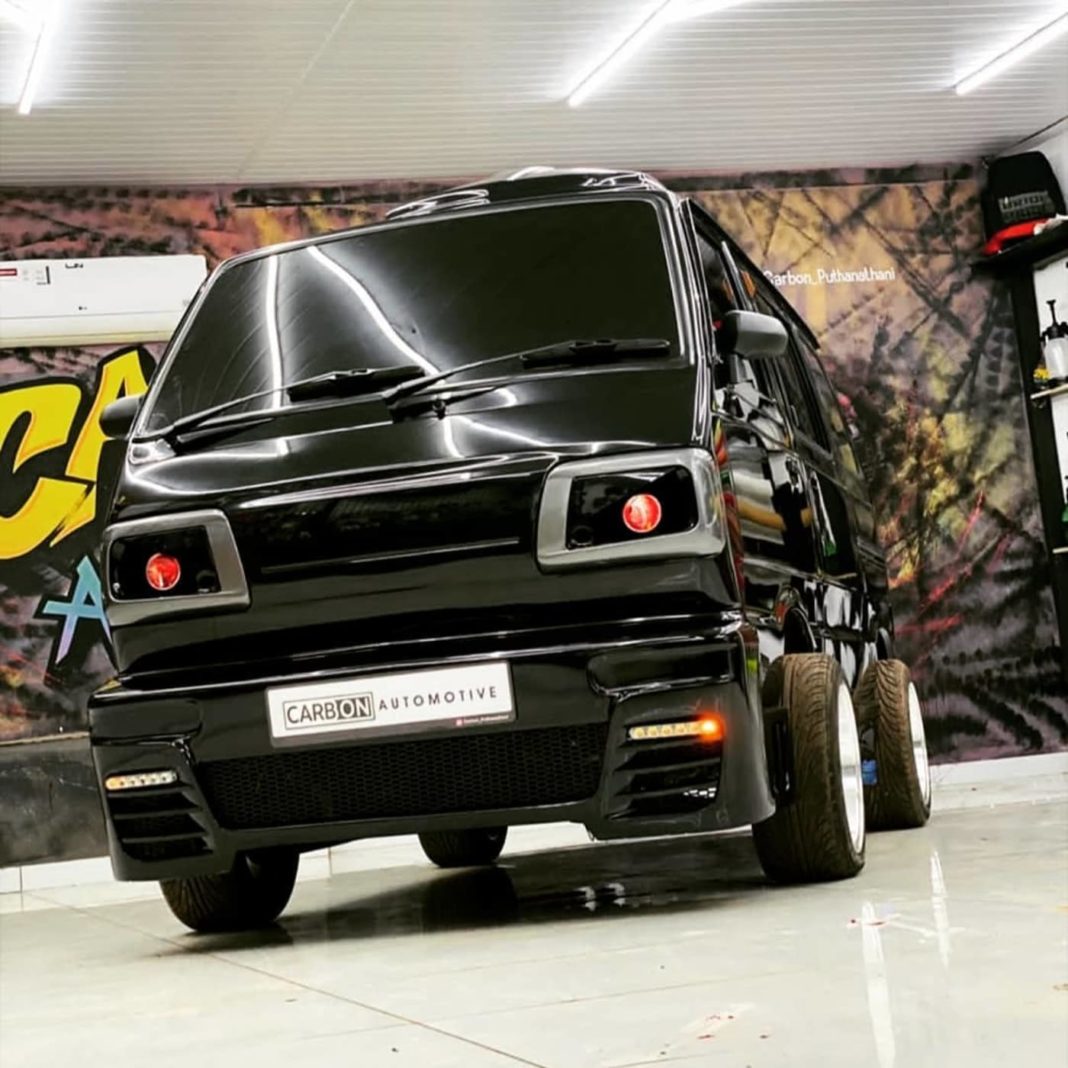 Here, we have a modified Maruti Omni, which looks extremely brilliant with its all-black exterior and badass body kit

Maruti Suzuki is the largest carmaker in India, and the company is responsible for some of the most iconic cars in our market, like the Maruti 800 and Omni. Even though both these vehicles are out of production now, they still enjoy a cult following. While some people have these cars in their garages in stock condition, there are a few that have beautifully customised these vehicles.

Here, we have one such modified Maruti Omni, owned by Jassim bin Abdul Rashid. This vehicle was customised by Carbon Automotive, and features plenty of changes over the stock vehicle. The van gets an all-black paint job, which looks extremely dashing. The front bumper is custom built, and gets a massive air dam and LED indicators. The headlights have also been blacked-out, and get a red-tinted projector lamp on each side.

The wheels and tyres are also new, and much wider than the ones on the stock vehicle. There is some side cladding as well on the van, along with a dual exhaust pipe peeping from under it. At the rear, we see a new bumper with fake quad-exhaust setup and custom LED taillights. A roof rack has also been added to the Omni, which not only looks cool but adds a little extra storage space as well. 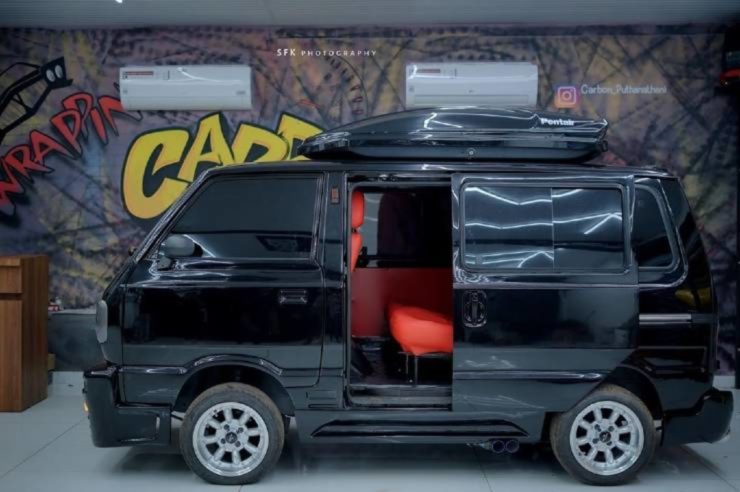 The windows and windshields have been tinted heavily, which adds to the van’s macho appeal, and gels well with the rest of the exterior. The doors remain unchanged, with the same sliding rear door mechanism as a regular Omni, which looks cool and are extremely practical as well.

As for the interior, it gets a three-row seating configuration, with pilot seats in the middle row and bench seats in the front and rear. The entire cabin gets a red theme, with the seats featuring red leather covers. It is not known if any changes have been made to the powertrain of the vehicle. Regardless, these changes extremely illegal, and may invite a lot of fines if the van rolls out on public roads! 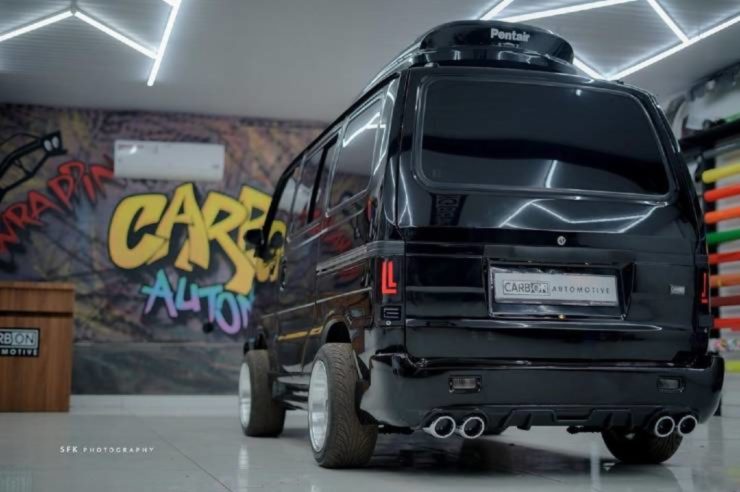 As for a stock Maruti Omni, it used to be powered by a 796cc, inline-3, naturally aspirated petrol engine. This motor could generate a peak power of 35 HP and a maximum torque of 59 Nm, and came paired to a 4-speed manual transmission, which sent power to the rear wheels.