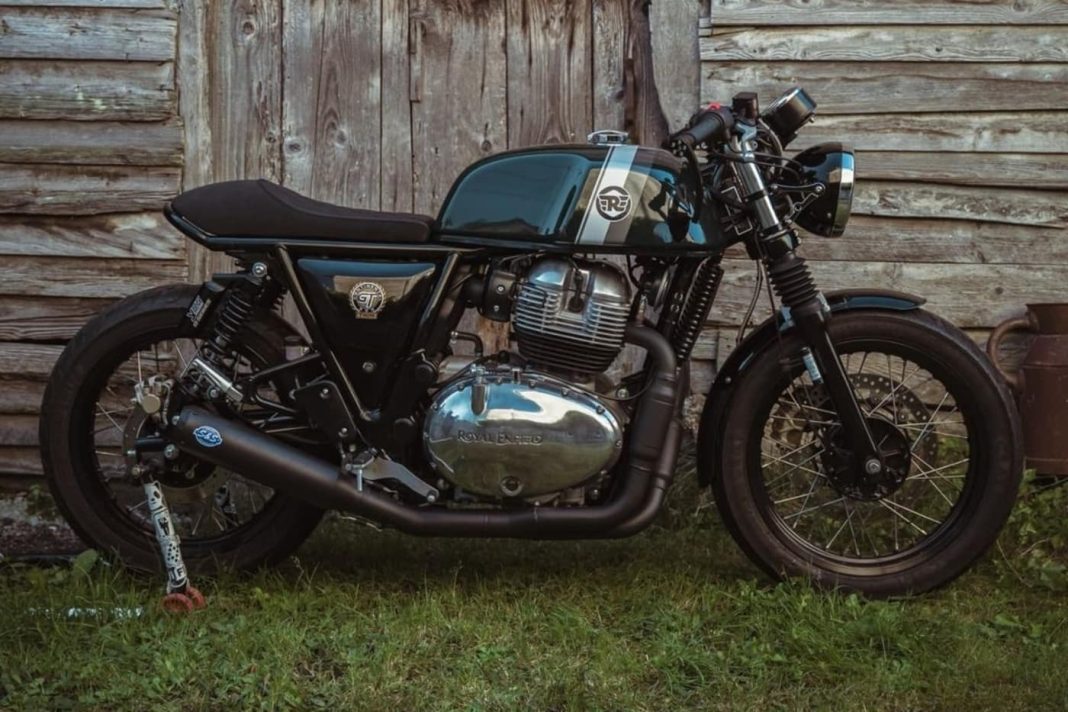 Here, we have a customised RE Continental GT650, built by French Moto Shop, which features some subtle yet brilliant mods

Royal Enfield Continental GT650 and Interceptor 650 were first launched back in 2018. The ‘RE 650 twins’, as they are commonly referred to together, have since gained a lot of popularity among motorcycle enthusiasts, not just in India, but in plenty of international markets as well. Of course, enthusiasts love to customise vehicles, and RE 650 twins are no exception in the modification department.

Here, we bring you a modified Royal Enfield Continental GT650 by French Moto Shop. The bike features a few subtle modifications, which make it look sharper without drawing too much attention. The clamps for the headlamp are new, although the headlamp itself is the stock unit. The instrument cluster remains unchanged as well, but the stock rear-view mirrors have been replaced by bar-end mirrors.

The motorcycle’s frame has been altered at the tail end, shortened for a sportier look. The single seat is a custom unit, featuring diamond-pattern stitching with a tiny French flag branded on it. The rear suspension of the bike has been upgraded to aftermarket YSS shockers, and we also see a pair of S&S performance exhausts here. 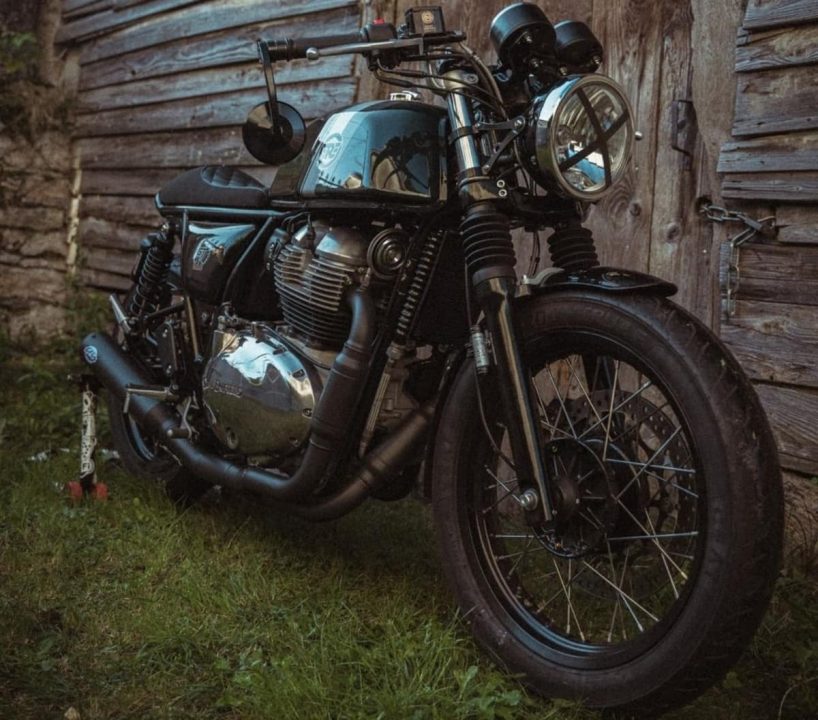 The exhaust pipes are custom as well, along with the new catalytic converters, and they all feature a matte black finish. The bike now sports LED turn indicators, positioned on the telescopic forks at the front and on the dual shockers at the rear. This particular model seems to sport the British Racing Green paint scheme, which remains unaltered.

The workshop has not shared any information regarding modifications to the engine. Royal Enfield Continental GT650 is powered by a 649cc, air/oil-cooled, parallel-twin engine. In stock form, his powerplant generates a peak power of 47.65 PS and a maximum torque of 52 Nm. It comes mated to a 6-speed transmission, with a slipper clutch available as standard. 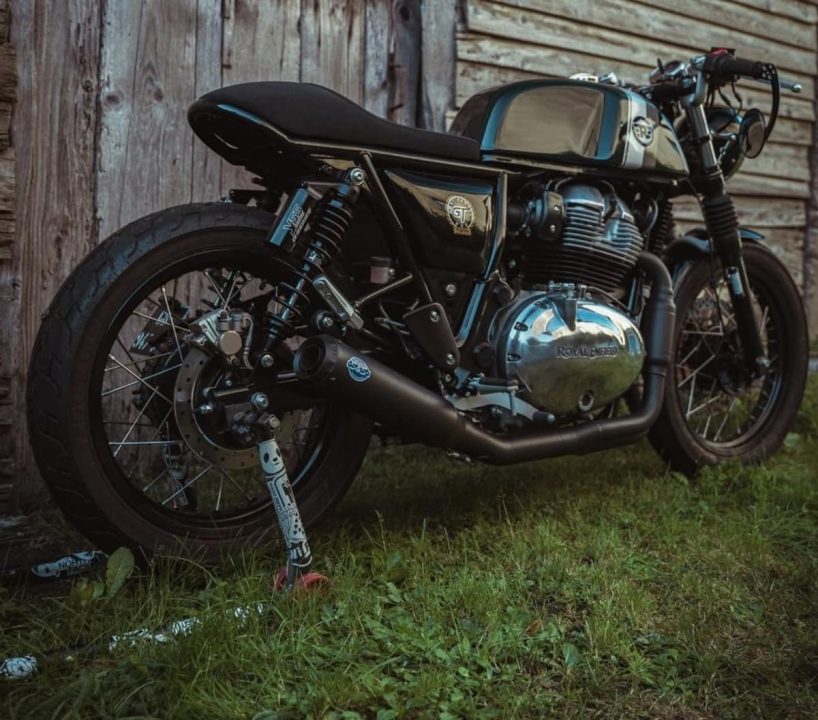 In other news, Royal Enfield is expected to unveil a new 650cc cruiser very soon, rumoured to be named ‘Super Meteor’. This upcoming motorcycle will likely debut at the 2021 EICMA show in Milan this month. Thanks to plenty of spy shots, we know that this forthcoming 650cc cruiser will get features like USD front forks and a semi-digital console with tripper navigation, which will make it more premium than the existing RE 650 twins.