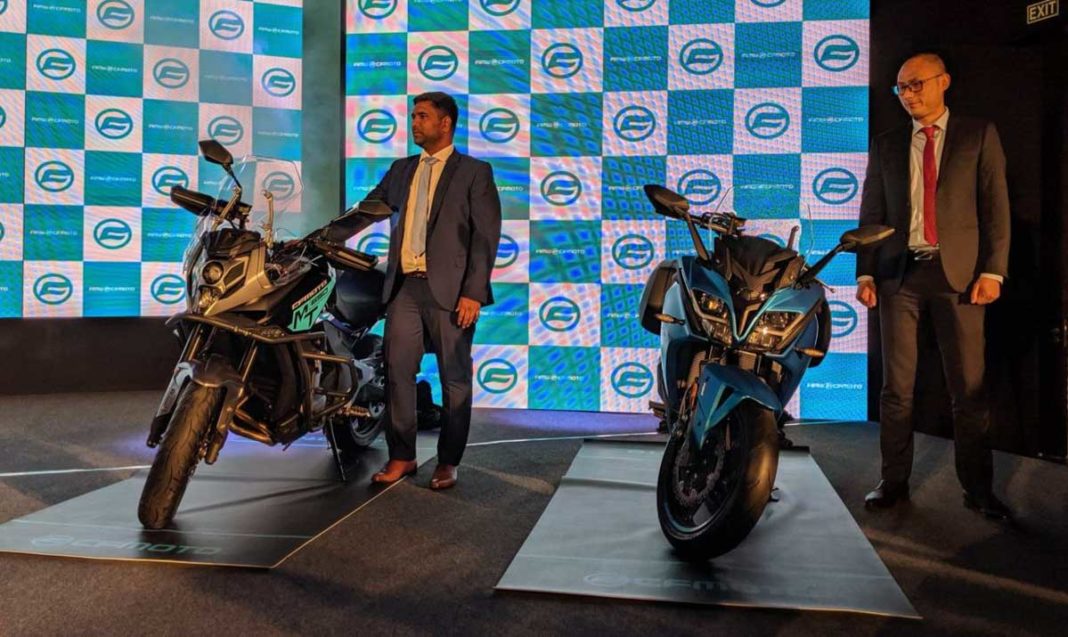 CF Moto, the Chinese bike manufacturer has tied up with Bengaluru based AMW Motorcycles and launched 4 new bikes, the 300NK 650 GT, 650 MT and the 650 NK in India today. All the four motorcycles are launched in India via the CKD route. AMW Motorcycle said earlier that their manufacturing plant in Bengaluru has a capacity of producing about 10,000 units annually.

The bike maker has already set up dealerships in Hyderabad and Bengaluru while they also have plans to open two more dealerships in Mumbai and Chennai soon. We have also reported earlier that CF Moto has also updated the details of their launch on their social media pages.

Coming to the bikes, the 300 NK streetfighter is their entry-level offering for the Indian market. It is powered by a 292.4cc, single-cylinder, liquid-cooled engine. The unit paired with a 6-speed gearbox produces about 34hp of peak power at 7,200rpm and 20.5Nm of peak torque at 8,800rpm. 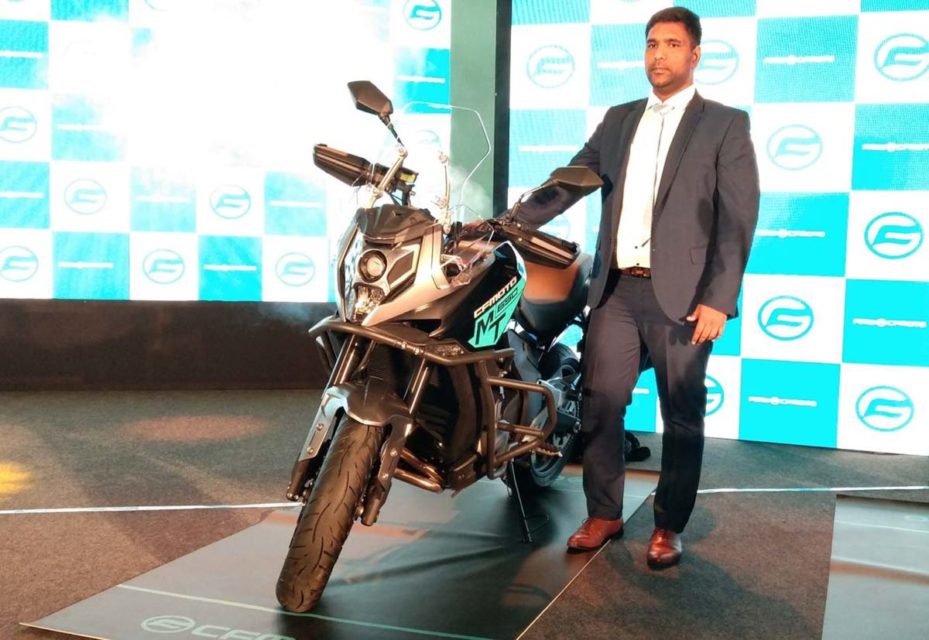 The motorcycle is loaded with plenty of premium and modern features including a large TFT display unit, USD forks at the front, an accessible 795 mm seat height and a dual-channel ABS system for the safety of the rider. The 300NK will rival directly against the likes of the KTM 250 Duke and the Honda CB 300R.

The 3 other motorcycles (including the 650 GT, 650 MT, and the 650 NK) on the other hand, shares the same engine and platform but is made available in three different body styles including a naked streetfighter, an adventure tourer, and a sports tourer. 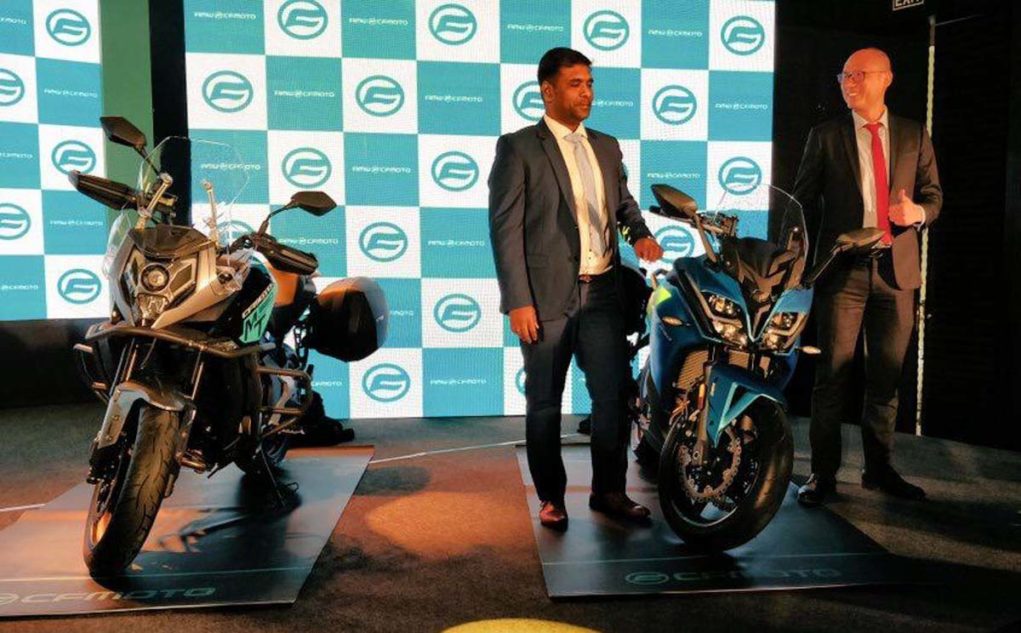 The 650 GT, 650 MT, and the 650 NK use the same 649.3cc, liquid-cooled parallel-twin motor in a different state of tune. Suspension duties on the 650 GT and the 650NK are handled by a conventional fork at the front and a monoshock unit at the rear. The adventure tourer, in particular, gets a different suspension setup that promises to offer a better ride and handling.

The 650 MT adventure tourer which is also the most expensive motorcycle amongst the trio features upside-down forks at the front and a monoshock unit at the rear. The anchorage duties of all the three motorcycles are handled by disc brakes on either end. A dual-channel ABS is also offered as standard for the safety of the rider. 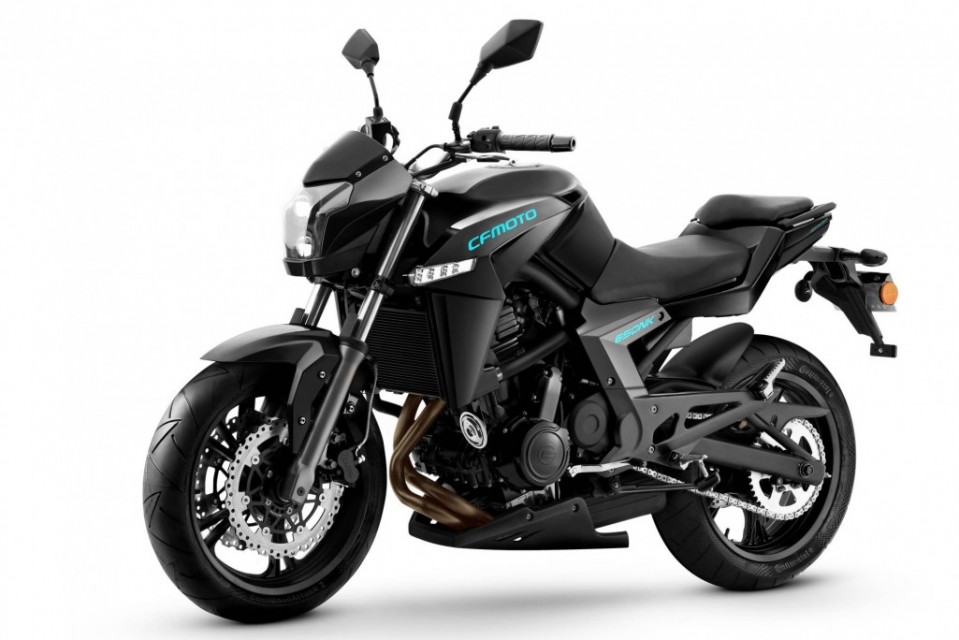 The 650 MT features a large windscreen and a fairing towards the front, handguard and a single-piece seat. Additionally, the motorcycle also has been fitted with crash bars as well as standard. The adventure tourer will also feature some optional accessories as well including an aluminium panniers and an option to reduce the seat height to 820 mm (from 840 mm). 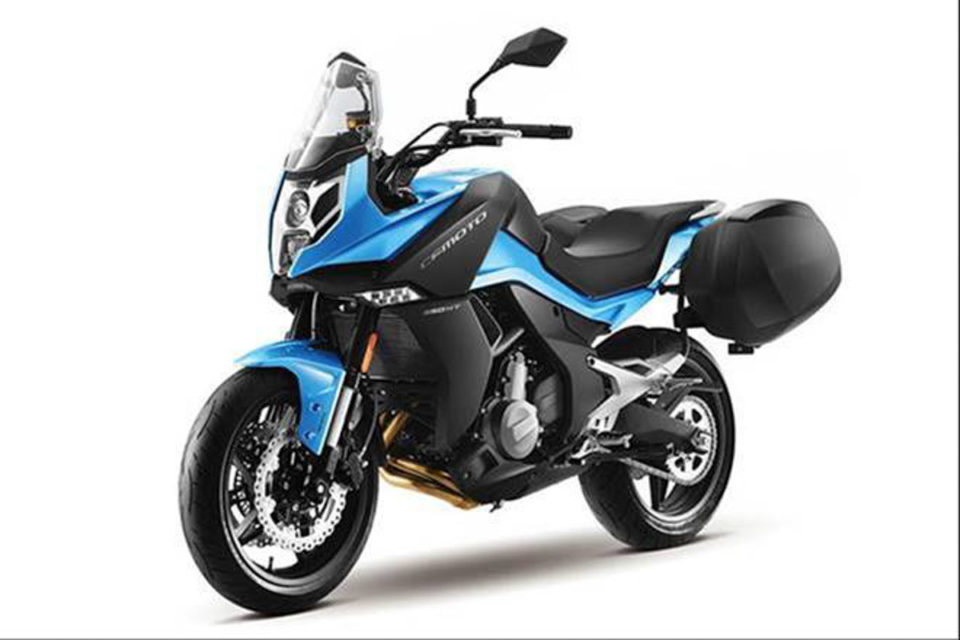 The 650 GT sports tourer uses the same 649cc, twin-cylinder motor paired with a 6-speed gearbox. The unit produces about 62.5hp of peak power at 9,000rpm and 58.5Nm at 7,000rpm. The motorcycle weighs about 226 kilograms and gets an additional luggage mounting system with side cases as standard with the International spec motorcycle. Although we are not exactly sure whether it will come as standard or as an optional accessory in India.

AMW has the capacity to manufacture 10,000 bikes per year and all CF Moto motorcycles have two riding modes. They are brought in via CKD route and locally assembled. All bikes come with two-year standard warranty. Bookings will commence online from August 5 while deliveries are scheduled for October. An app will help in ease of servicing as it will let customers know whether the spare parts are available or not within five minutes.