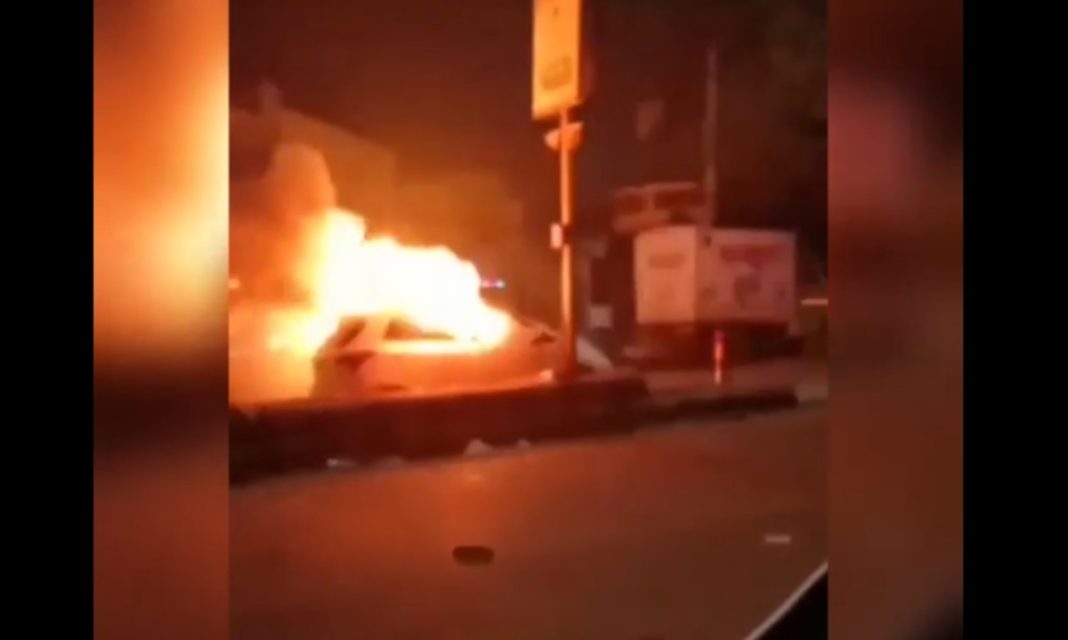 Diwali celebrations go sideways as a vehicle carrying firecrackers burns down in the middle of the road in Rajkot, Gujarat

Recently, a car carrying firecrackers burst in flames in the middle of the street in Gujarat. A video showcasing the incident has gone viral on various social media platforms. In the video, the car can be seen rolling down the street as fire and smoke erupt from the windows. The firecrackers inside the vehicle can also be seen and heard going off almost constantly.

The incident took place on Sant Kabir Road in Rajkot, Gujarat. According to unconfirmed reports, there were four passengers in the vehicle, including the driver. Three of them managed to escape unharmed, while one sustained injuries. Perhaps the driver left the drive engaged upon escaping the car, as it kept moving forward while ablaze.

It is not known how the crackers caught fire inside the vehicle. Regardless, this could’ve been a major disaster. We’ve seen plenty of incidents where vehicles catch fire due to some reason or the other. Sometimes it’s an electrical short, while other times, it can be a cleaning cloth tucked away under the engine.

While bursting crackers may be entertaining, playing with fire can have serious consequences, as demonstrated here. Fire-related accidents are surprisingly high in India, with 16 lakh (1.6 million fires) and 27,027 deaths reported in 2017 (Global Diseases Burden, BMJ Injury Prevention journal).

This year, Delhi Fire Services received as many as 206 fire-related calls, out of which four were major, one of which claimed one life in Mundka. That said, this year’s reported incidents were lower than last year, which is a good thing. In Chennai, fire accidents during Diwali were up this year, but thankfully, the number of people with burn injuries was lower than last year.

Diwali is a festival of lights and happiness, but one should always be wary when around fires, even in a controlled environment. It is absolutely mandatory to stay alert when bursting crackers, and for children, adult supervision is extremely necessary lest they injure themselves or others. We urge our readers to always exercise caution and stay safe.