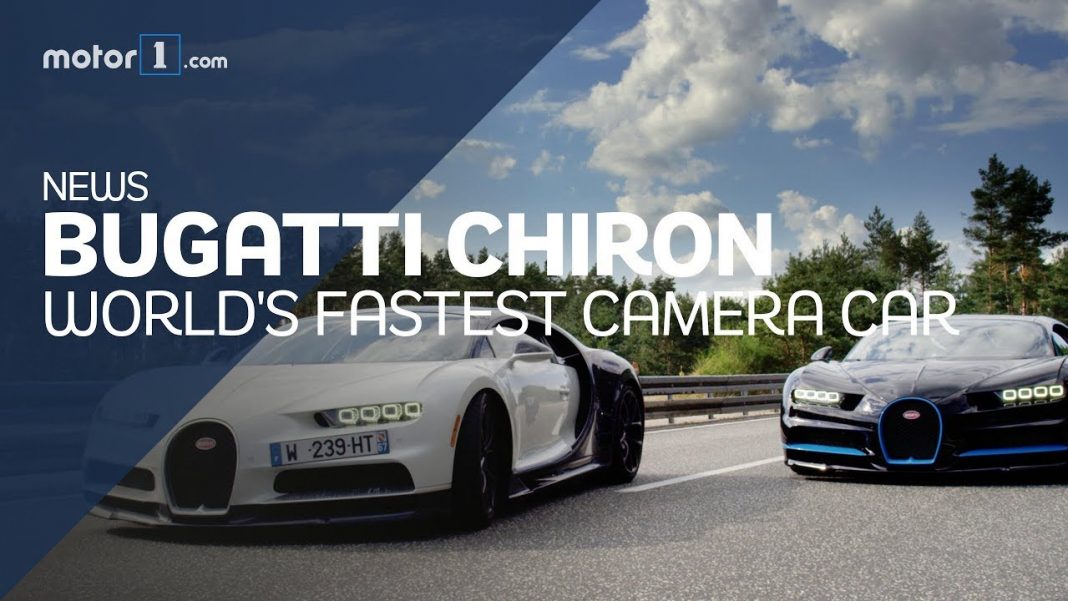 It was the end of an era but the beginning of something bigger! The famed French manufacturer Bugatti was selling four variants of the its world-beater, the Veyron, with the 16.4 Super Sport having claimed the fastest production car in the world record (431 kmph) and etched its place in the Guinness books back in 2013.

Veyron, the ultimate hypercar, was first introduced in 2005 and the Molsheim-based high-performance car maker decided to leap ahead further and push boundaries of the engineering capabilities with a successor. After months of spy shots and footage, it was announced that the new boss in town would bear Chiron nameplate.

The Chiron nameplate was to honour the legendary race car driver Louis Chiron. If you wonder who Louis Chiron was: a pure-blooded Grand Prix original born in Monaco and joined Bugatti as factory driver before going on to become a racing great by winning multiple European races in the late 1920s and ’30s.

He won the French Grand Prix in a Type 35B in 1927 and became the lead works driver and four years later he was crowned as the only native Monaco driver to win his home Grand Prix. In 1955, he became the oldest man to compete in Grand Prix racing at the age of 56. 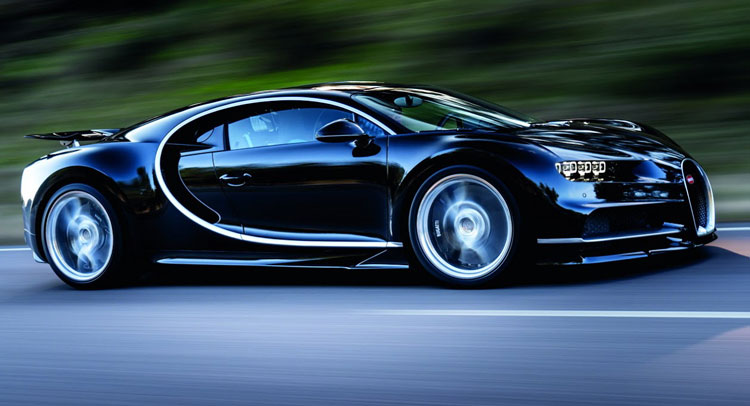 With Juan Pablo Montoya behind the wheel, Chiron took 41.96 seconds to go from 0 to 400 kmph and then back to zero in a distance of 3.112 km. The mark of 400 kmph was reached in 32.6 seconds before the rear wing and special carbon discs with titanium pistons bringing the hypercar to a dead stop. Bugatti said it is the fastest time ever reached and officially measured for a production vehicle.

It is said to be the first step on the way to a new world speed record for production vehicles next year which JPM wants to be a part of. The record run was certified by SGS-TUV Saar, leader in inspection, testing, verification, and certification. It was also presented officially at the 2017 Frankfurt Motor Show and in the above video the acceleration of the Chiron was filmed by none other than just another Chiron at Ehra-Lessien, Volkswagen’s restricted test track. 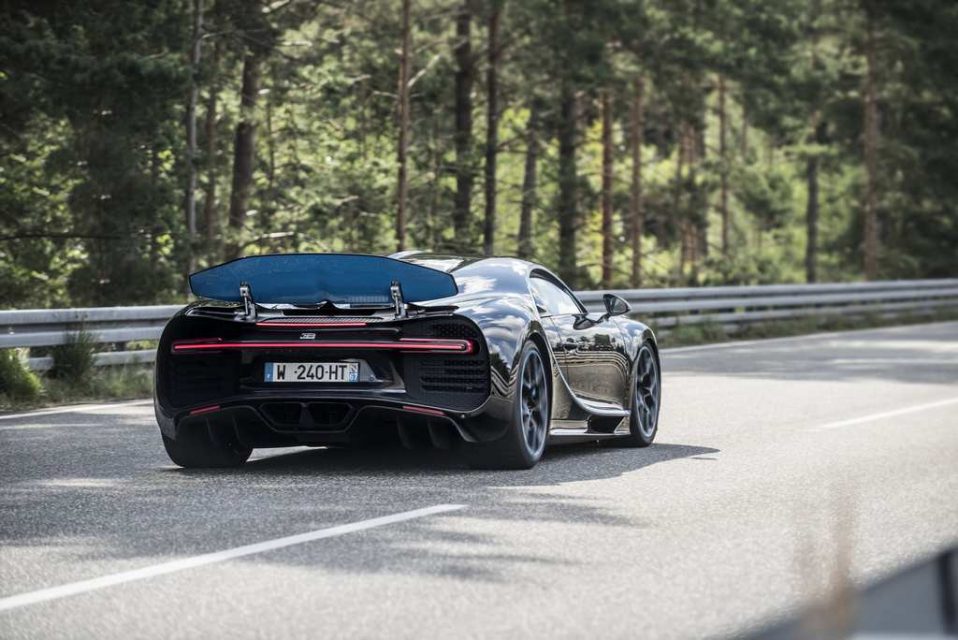 The former F1, Daytona and Indy 500 race winner improved on his personal speed record of 407 kmph set in IndyCar to 420 kmph with the Bugatti Chiron. Back to the actual car, it borrows design cues from the Vision Gran Turismo Concept showcased at the 2015 Frankfurt Auto Show. It saluted the Type 57 Tank that won Le Mans in 1937 and 1939 with a subtle NACA roof-mounted air intake, signature bluish double-tone paintjob and a central fin resembling to that of the 1936’s Type 57 Atlantic racer.

The Chiron will be even more expensive than its predecessor at a base price of €2.4 million but that’s the point here. Can it live up to the expectations it’s been swashbuckling of? Bugatti thinks so, as Chiron is revered as the “faster and more powerful” car rose from a “completely new development”. It has many fascinating techs to stake the claim as the next fastest production road car despite weighing at nearly two tonnes. 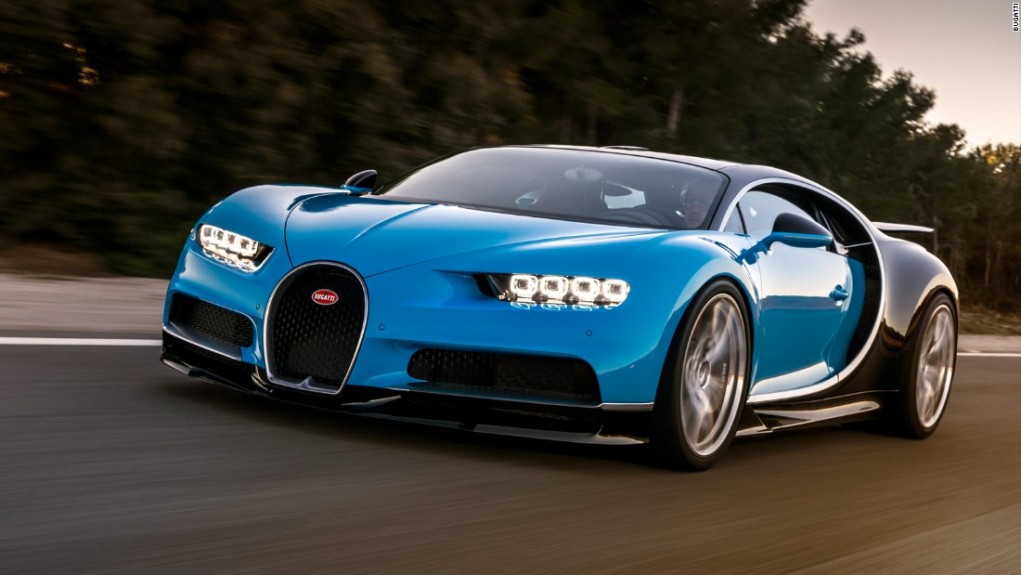 As the epitome of Volkswagen Group’s technical excellence, the Bugatti Chiron produces 25 per cent more power despite sharing chassis and powertrain components with its revolutionary sibling. The 1,500 horsepower, 300 more than Veyron SS, is dished out from the massive 8.0-litre W16 monster of an engine with quad turbochargers.

Although the power unit remains the same, engineers had to make do with new two-stage turbos for minimised turbo lag and better volumetric efficiency, new intercoolers and fuel injection systems to wring more air into the engine as the resulting torque figure was a mouth-watering 1,600 Nm. 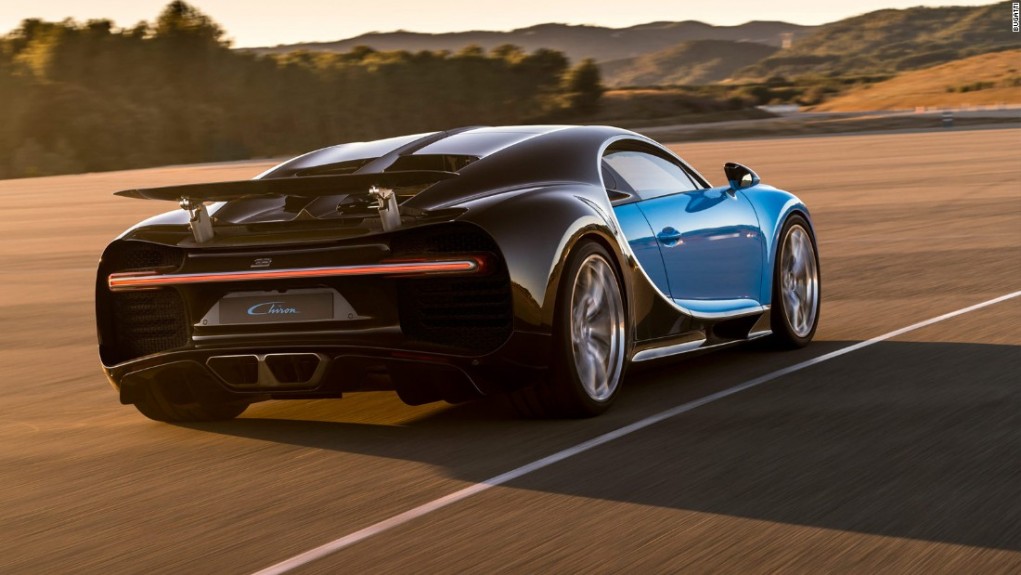 With over 60,000 litres of air being forced through the engine every minute, the larger two main catalytic converters in the new insulated titanium exhaust system and the seven-speed dual-clutch automatic transmission, specifically designed for the Chiron sending power to all four-wheels, enhance performance to a new high.

It has front and rear differential locks to tame the enormous torque and the body was fully built on carbon-fibre with the tub taking four weeks to be constructed. The torsional and flexural rigidity are as similar to the LMP1 race cars claims Bugatti and the hypercar has five driving modes namely lift, Auto, Autobahn, Handling and Top Speed. The latter can be activated only through a special key and each modes have specific damping, Active Chassis, vehicle stability, aerodynamic control, power steering and rear-diff lock settings. 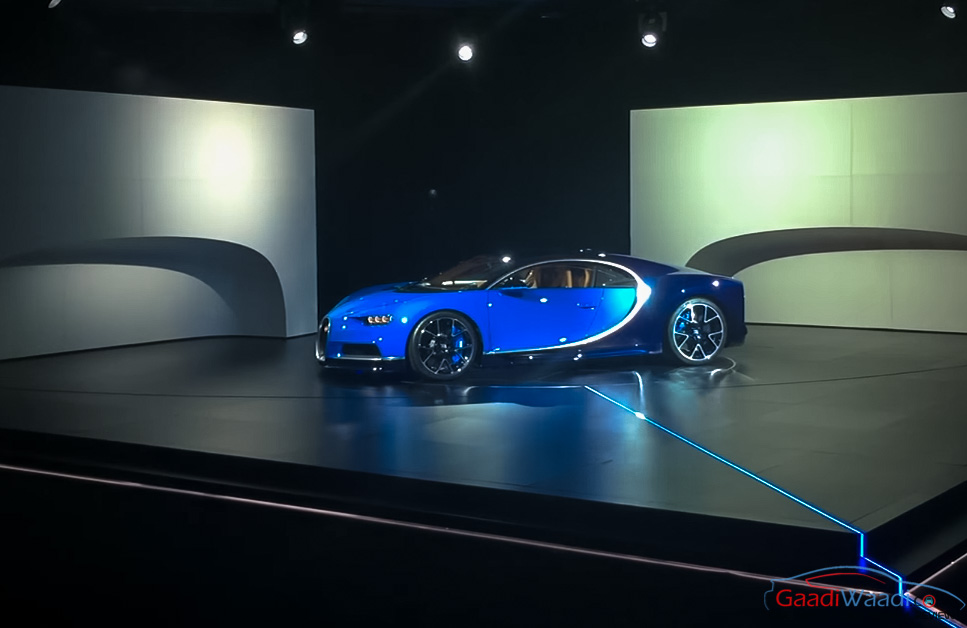 In the Top Speed mode activated via Speed Key, you can achieve the car’s actual 261 mph (420 kph) electronically-limited speed and it can do standstill to 100 kmph sprint in less than 2.5 seconds. The brakes have been made 20 mm larger and 2 mm thicker with titanium pistons. The revised power steering system enables better response with the changes to the chassis bushings and axles cater for optimum driving output.

The 10 radiators dissipate about 3,000 hp of heat rejection and they were re-engineered to reduce cooling drag upon high speeds and the revised water pumps dishes out 200 gallons per minute. The front splitter, air intakes for brake cooling, active air brake and diffuser flap provide additional downforce with reduced aerodynamic drag to have the exotic machine hugged to the ground. 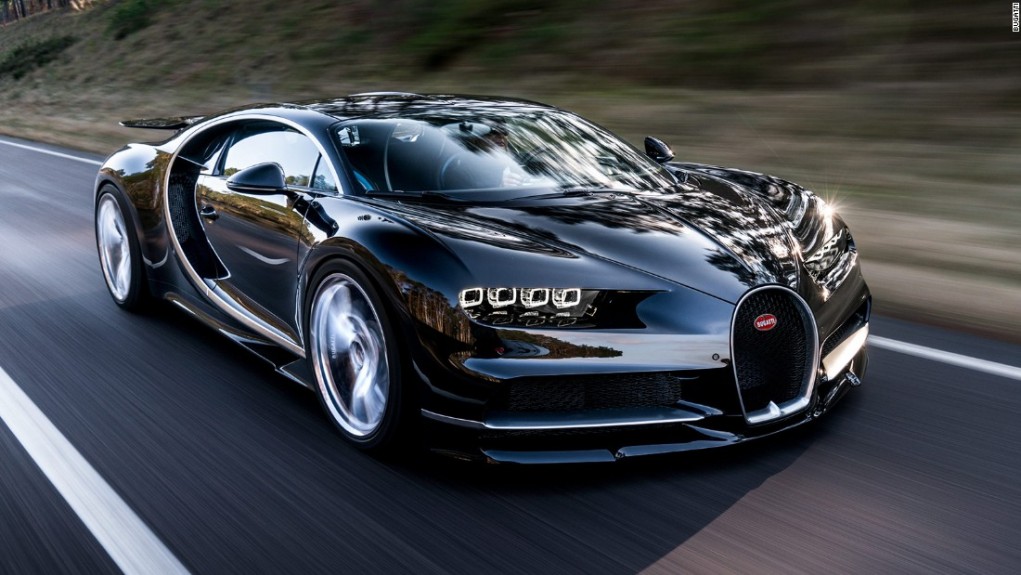 The production capacity of the Chiron will be no more than 500 units sadly. Bugatti is expected to use the same Ehra-Lessien test facility that stretches to 20.92 km long to set the new top speed production car record sometime next year – believed to be around an astonishing 464 kmph.