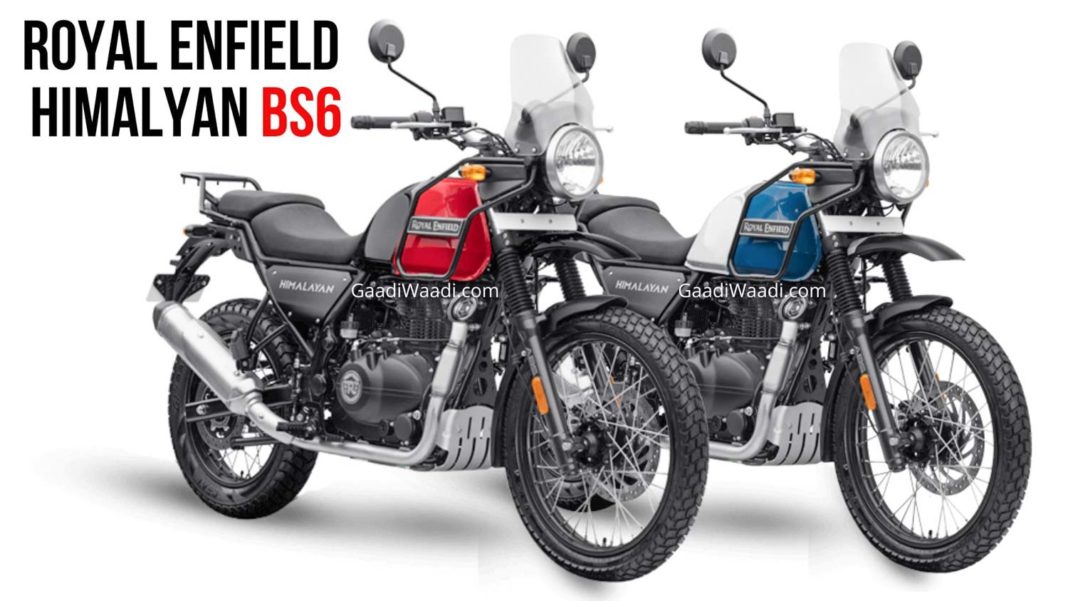 After several months of preparation, Royal Enfield has come up with the BS 6 model of the Himalayan for the Indian market. The BS 6 Royal Enfield Himalayan is available in a total of six colors with prices starting at Rs 1,86,811 and going as high as Rs 1,91,401 (both Ex. Showroom).

The bookings for the BS 6 Himalayan are already underway, while the company is likely to update its website with the fresh details later today. Below is the variant-wise price (Ex. Showroom) of BS 6 Royal Enfield Himalayan:

The company has added three new paint options in form of Gravel Grey, Lake Blue and Rock Red besides the existing three colors: Granite Black, Sleet Grey and Snow White. However, the biggest update that it has received is the inclusion of a switchable Anti-lock Braking System (ABS), i.e. the rider can activate and deactivate the ABS feature by the help of a button on the console. 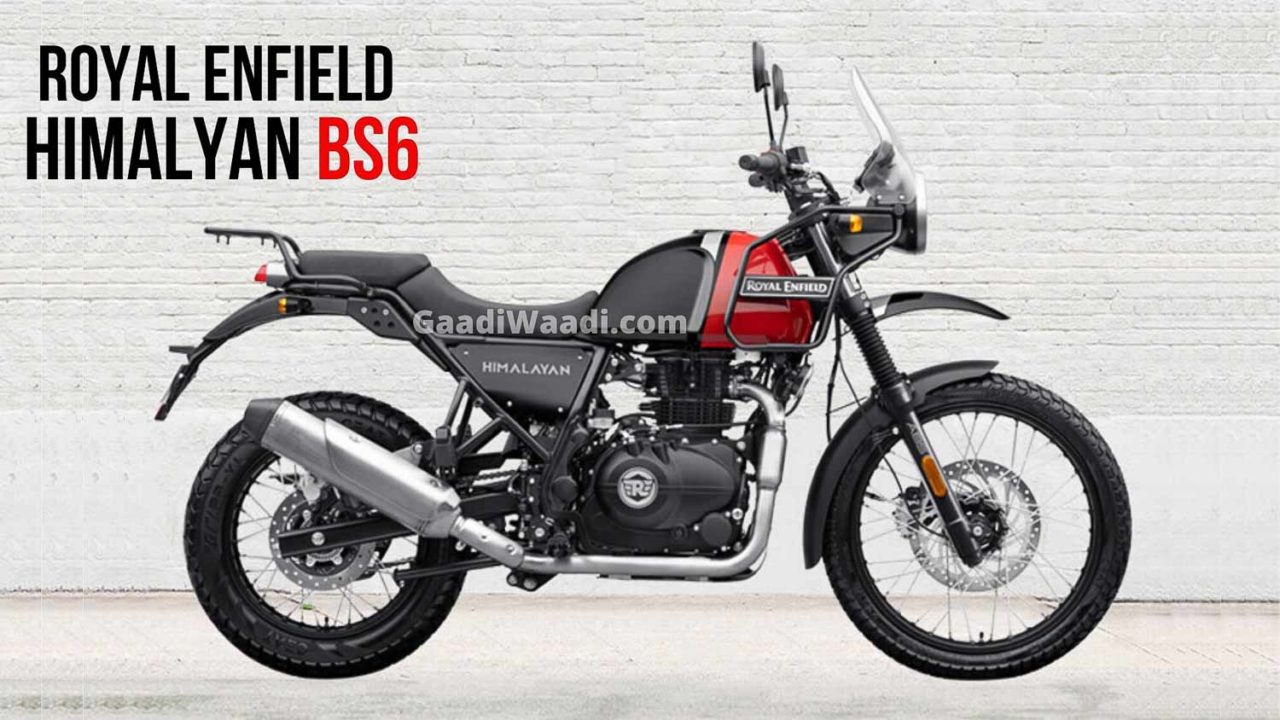 In addition, it also comes equipped with a hazard toggle switch. Besides these couple of worthy additions, the BS6 Himalayan largely remains the same as the current BS 4 model.

Royal Enfield Himalayan challenges the likes of KTM 390 Adventure and BMW G 310 GS in India. The BS 6 models command a premium of nearly Rs 6,000 over the earlier BS 4 models. 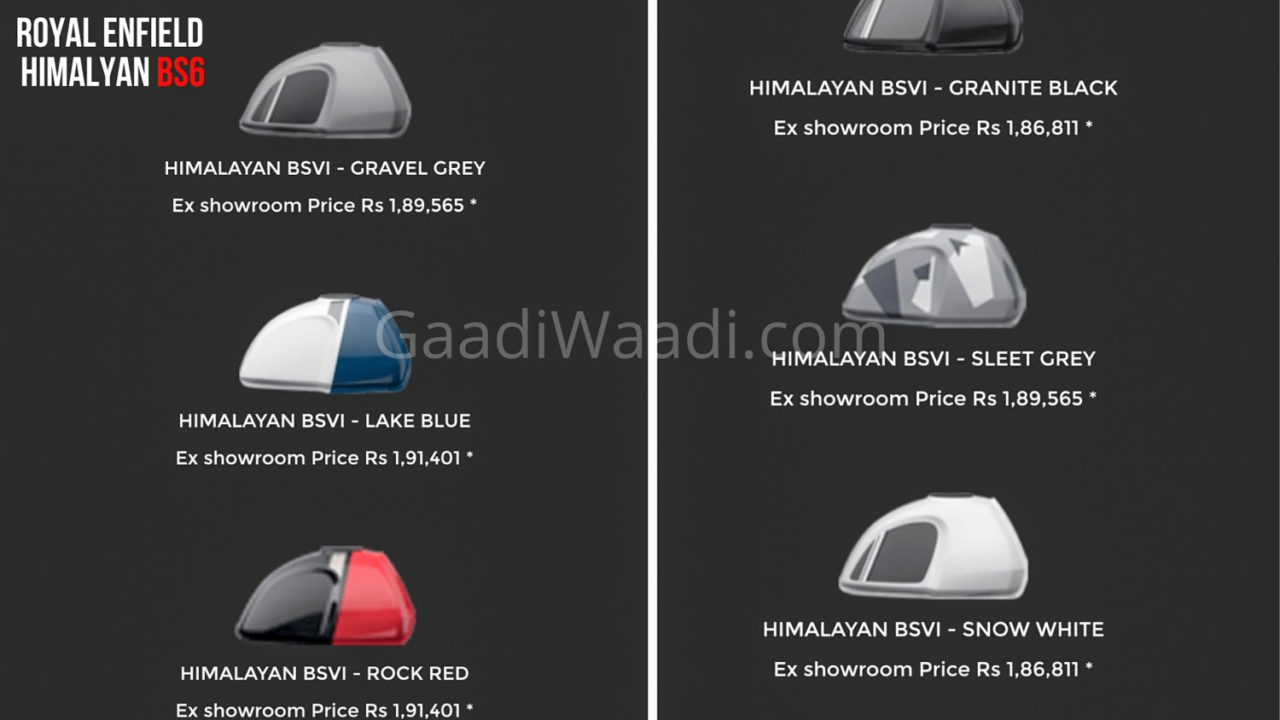 As far as the mechanicals are concerned, the BS 6 Himalayan is powered by an updated version of the 411cc petrol engine of the previous model. Exact power output and torque performance will be revealed shortly but it shouldn’t be too different from the BS 4 model, which offered a top power of 24.5bhp and peak torque of 32Nm.

Other than having similar engine specifications to the BS 4 model, the BS 6 Royal Enfield Himalayan will carry the same 21- /17-inch spoke wheels setup alongside the long travel suspension of the outgoing version.