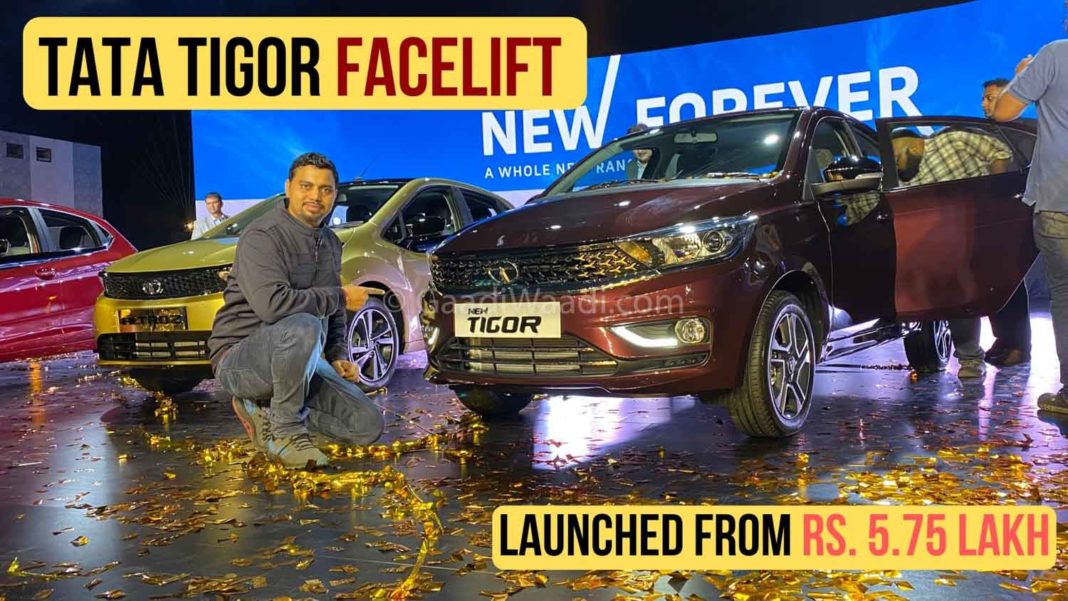 Alongside the refreshed Tiago and Nexon, BSVI 2020 Tata Tigor facelift has been launched at a starting price of Rs. 5.75 lakh, it comes with revised styling and a BSVI petrol engine

Alongside the Altroz and updated versions of the Nexon and the Tiago, Tata Motors has also launched the refreshed Tigor. The 2020 Tata Tigor facelift has gone on sale at a starting price of Rs. 5.75 lakh (ex-showroom). The mid-cycle facelift of the most affordable sedan on sale in the country comes with a new styling package and a BSVI-compliant petrol motor.

Prices of the BSVI 2020 Tata Tigor facelift are around Rs. 10,000 higher compared to the BSIV version. It must be noted here that the updated Tigor is on sale only in the petrol version. Bookings for the newly launched model have already been underway for a token amount of Rs 11,000.

Like the new Tiago, the BSVI 2020 Tata Tigor facelift comes with an updated front fascia that seems to have been inspired from that of the Altroz. It comes with a new bumper, updated upper grille and new foglamps with DRLs. Also, the bonnet has been revised to meet the stringent pedestrian norms. At the rear, the new Tigor comes with new clear lens taillamps and shark fin antennae. The Tigor is available in 5 colours – Pure Silver, Deep Red, Pearlescent White, Arizona Blue, and Daytona Grey.

On the inside, the BSVI 2020 Tata Tigor facelift gets a new 3-spoke flat-bottom steering wheel, updated upholstery, an engine start/stop and piano black finish around the touchscreen head unit. Also, the new model comes with a digital instrument cluster, chrome door handles and colour-coded trim for the side air vents.

The BSVI 2020 Tata Tigor is available only with a petrol engine, which is an updated version of the 1.2-litre three-cylinder engine of the previous model. The motor outputs a maximum power of 84 PS and a peak torque of 114 Nm. Transmission options include a 5-speed manual and a 5-speed AMT. 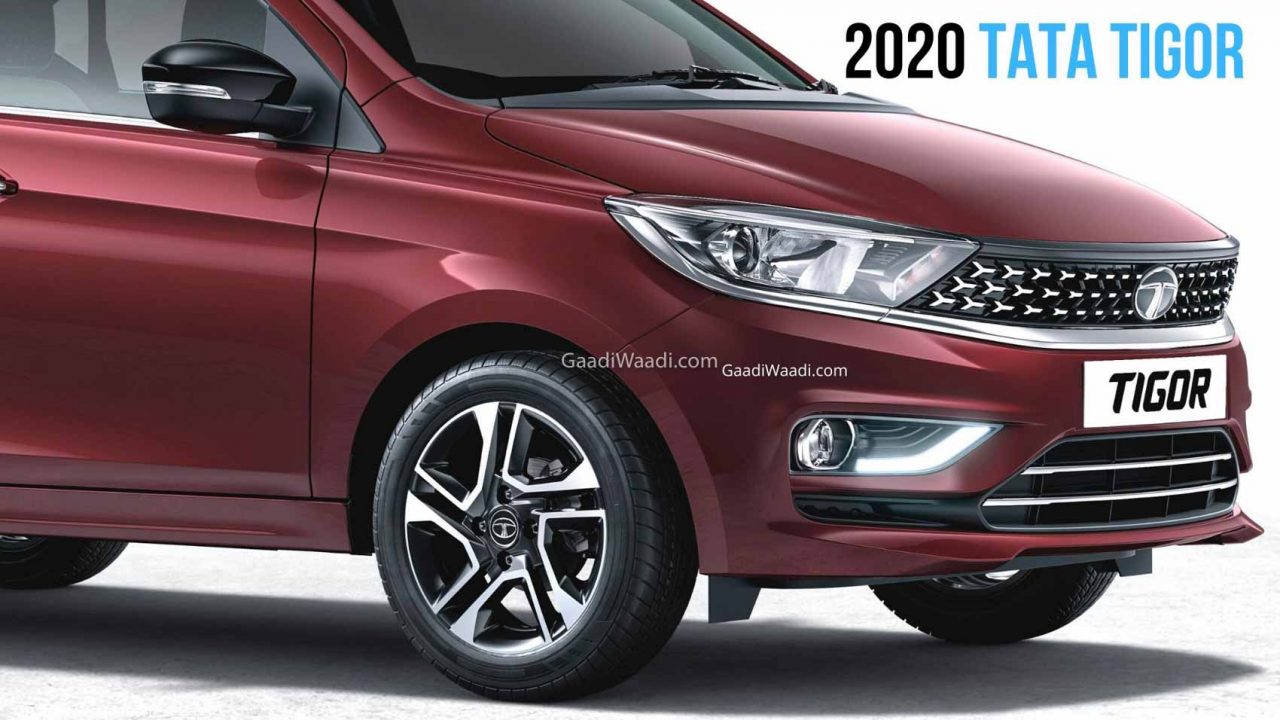 The discontinuation of the diesel engine option is in line with the company’s plan to completely stop the production of its low capacity oil-burner. This has been done due to the low demand for diesel-powered small cars. Also, equipping the Tigor with a diesel engine would have led to a steep price hike.