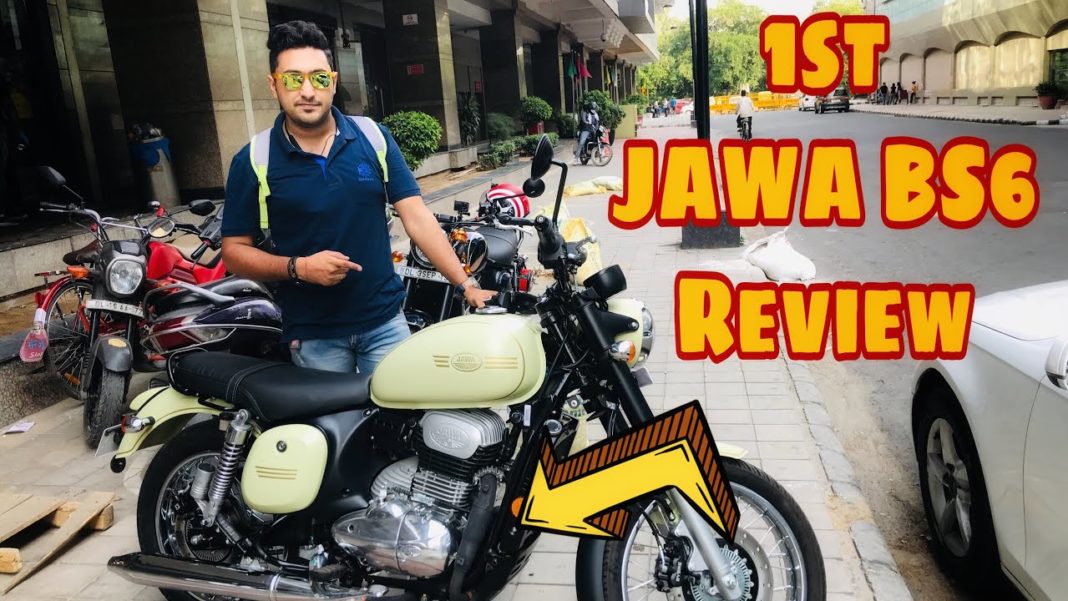 As lockdown eases across the country and automakers gain normalcy in operations, Jawa has commenced deliveries of its BS-VI models. The company had announced the price of the BS-VI Jawa Classic and Jawa 42 back in March before the lockdown came into effect.

Apart from a slight decrease in the output of the new motorcycle, the company has tweaked the design of the exhaust. While dual-exhaust setup remains the same, the chrome finish of the motorcycle is not available anymore. Jawa seems to have made these changes to make the motorcycle compliant of the new emission norms.

The exhaust system now gets a small additional catalytic converter chamber on the exhaust downtube. This addition has lengthened the overall exhaust system which the company tackled by crossing it over each other.

The left pipe passes down the engine and emerges on the right side and vice-versa. This way, the additional length is accommodated without an extra protrusion at the rear. In addition to this, it should be noted that the new setup increases the chances of damage to the exhaust pipe. This was a prevalent issue in the previous model as well after several users complained about low ground clearance.

In its new avatar, both the motorcycles have also become heavier. Both the motorcycles now tips the scale at 2kg heavier than the outgoing version. In its BS-VI avatar, the engine delivered 27 PS and 28 Nm of torque which is now slightly lower at 26.1 PS and 27.05Nm.