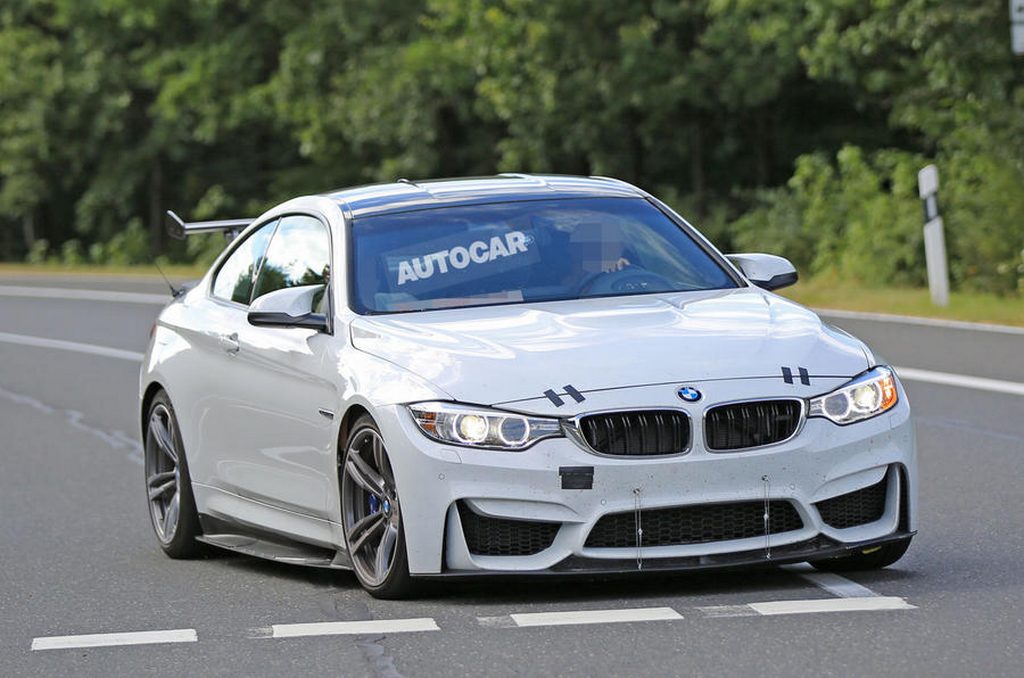 BMW M4 GT4 will be built conforming with GT4 racing standards; expected to make track debut in 2018 before spanning a road-legal version

The BMW M4 GT4 prototype has been spotted testing at the Nurburgring and the development of the aero package seems to have hit the real world. The German automaker is in the next phase of developing the M4 GT4 racing model and the spy pictures show that the test mule is wearing a sporty and aggressive body kit.

It comprises of aerodynamic enhancing parts such as prominent front spoiler, lowered side skirts, quad exhaust system, rear diffuser, thin rear wing, etc. BMW is aiming high as confirmed by the spy shots as the intriguing rear diffuser and wing stand in line with the racing level downforce experienced in the GT4 level. The racing category has attracted many brands over the years including BMW with factory and customer participations. The M4 GT4 will replace the largely successful M3 GT4 and it will be powered by the same twin-turbocharged straight-six petrol engine which should be good enough to produce a maximum power output less than what M4 GTS can manage, that is below 493 bhp due to GT4 regulations. Many lightweight components including carbonfibre bonnet and doors will be derived from the GTS.

It will be equipped with racing must-haves like FIA GT4-spec roll cage, racing suspension and exhaust unit. The GTS has been rumoured to remain on top of the M4’s performance food chain as of now but later when the M4 GT4 comes out we could see a production-legal model based on the track-going monster. BMW already operates with a M4 race car in the DTM touring car series in Germany but since they are fully track-obsessed and extreme they can’t be anyway related to a road going version. Therefore, the M4 GT4 is realistically the one closer to a production road car. It will be slotted above the M235i Racing and below the M6 GT3 in race car portfolio. Set to arrive in 2018, the M4 GTS is expected to be offered as customer car to privateer teams in various categories pertaining to the regulations.