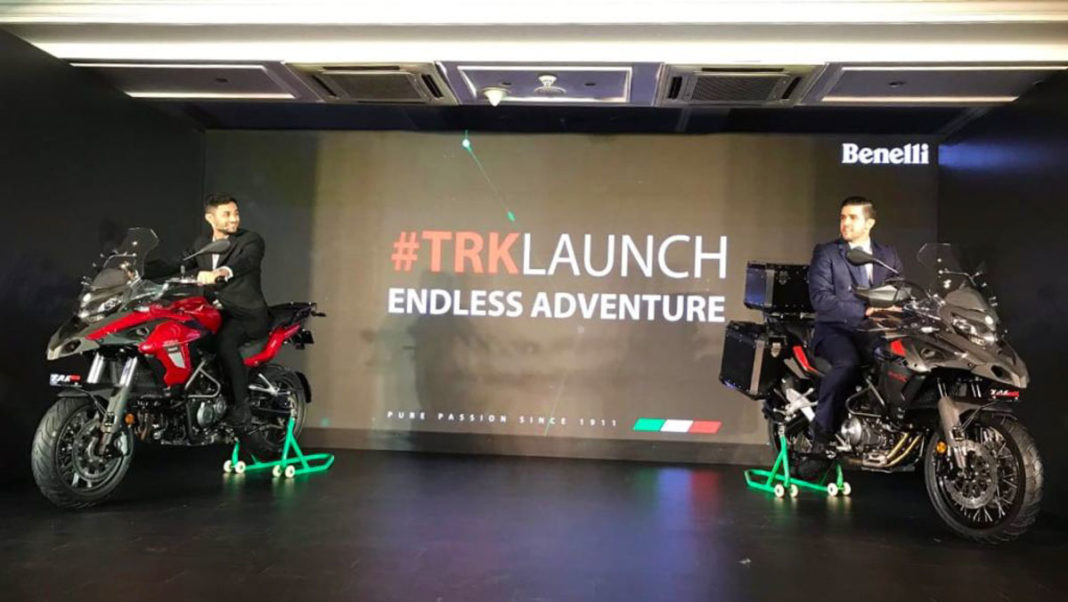 After a short break, Benelli once again stepped into the competitive two-wheeler scene of India in partnership with Hyderabad-based Mahavir Group. After reintroducing the TNT 300, 302R and the TNT 600i last year Benelli launched their first adventure tourer the TRK 502 and 502X today.

Both the TRK 502 and 502X are powered by the same 499.6cc, fuel-injected, the parallel-twin motor which produces about 47.6PS of peak power at 8500 rpm and a peak torque of 45Nm at 4500 rpm. A 6-speed transmission transfers all that power to the rear wheel via chain drive. 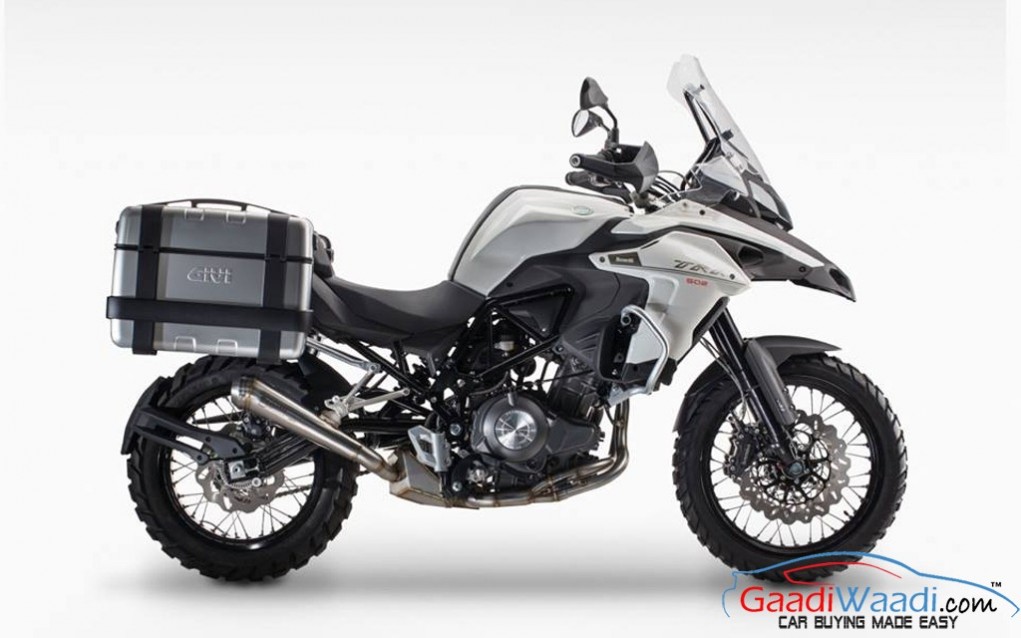 Unfortunately, the motorcycles do not get a slipper clutch or any other riding aid even as an option. Benelli claims that the bikes will return a fuel efficiency of around 25.6 kmpl. The TRK 502 and 502X gets a massive 20-Litre fuel tank which promises to offer a decent range (about 450 kilometers).

Both the TRK 502 and 502X is built around a trellis frame chassis. The front profile features a semi-fairing with a high mounted beak-like front fender, twin headlamps and a tall windshield. Some other noticeable features include a semi-digital instrument cluster, USB charging port, LED DRL’s and taillamp.

The motorcycle also gets pannier mounts as well. The suspension duties of the adventure tourers are handled by a 50mm USD fork towards the front and a monoshock (preload adjustable) setup at the rear. For anchorage, the adventure tourers relies on a 320 mm disc with four-piston callipers towards the front and a 260 mm disc with single pot calipers towards the rear. A dual channel ABS is also offered as standard.

The TRK 502 has been fitted with 17-inch aluminium alloy wheels at both ends while the off-road oriented 502X gets 19-inch front and 17-inch rear spoke rim wrapped with Metzeler Tourance dual-purpose tyres. Both the motorcycles have a massive road presence and tips a scale of almost 235 kilograms.