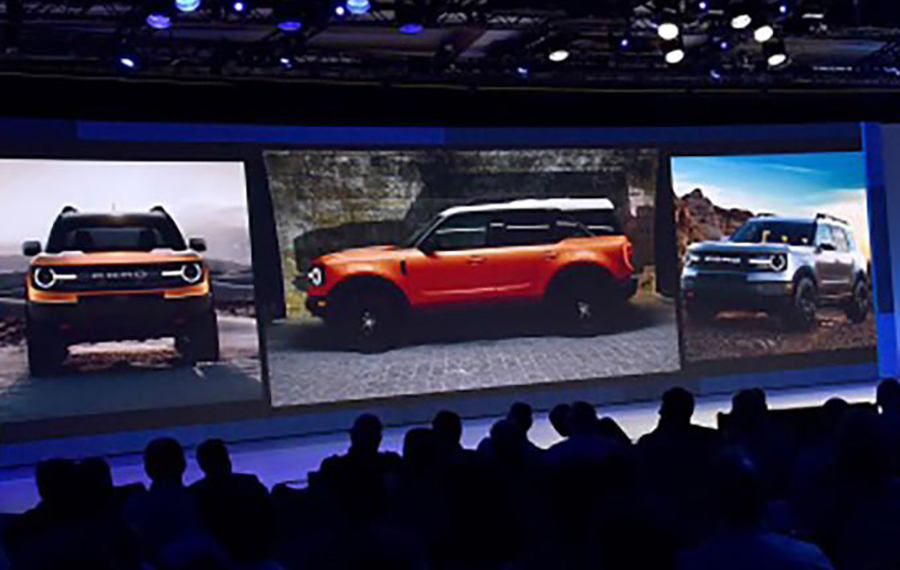 Ford has been teasing their retro SUV Bronco for a long time now. For those of you who are unaware of its origin, the Bronco is an iconic SUV manufactured by Ford in between the time period of 1966 to 1996. This SUV was known for its off-roading capability and was a competitor of the Jeep CJ-5.

It has been twenty-two years since the last Bronco SUV rolled out of the Ford production line. Now after a lot of teasing the first images of the new SUV has finally been leaked. The source claims that the image was leaked from a dealer event. 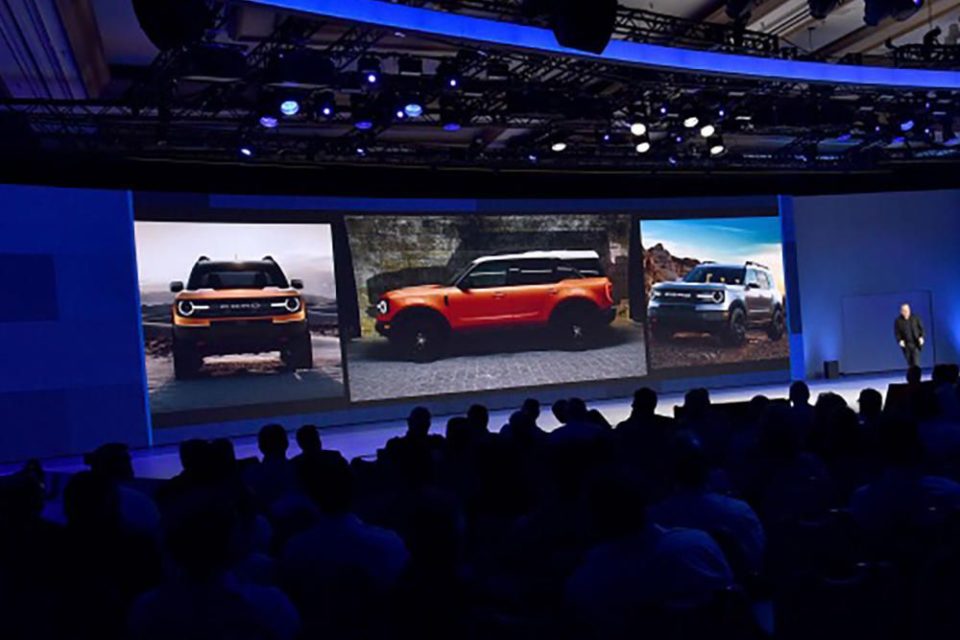 The new Bronco is a much more practical SUV than its predecessor because instead of three doors it now has a total of five doors. The leaked image shows us that the front profile gets a LED daytime running lamps which looks similar to the first generation Bronco. The front profile also features a huge grille with ‘‘Ford’’ written on it which most probably will get some lights in the background to keep it illuminated all the time.

The SUV will also get a contrasting White roof on top. The main highlight of the rear profile is the large LED tailamps which definitely add some modern elements to the retro styled SUV. The Bronco has also been fitted with huge tires and chunky alloy wheels just like ones found in its predecessor.

There are no images of the interior available as of yet but expect it to get all the modern amenities that you find in some other SUVs. The Bronco surely will retain some of the offroading genes of the old Bronco SUV.

Ford has not revealed any details of the powertrain yet but it will most probably be powered by a 2.3 Litre Ecoboost engine which will be paired to a 6-speed automatic transmission that will power to all the four wheels at the same time.

Ford might also introduce a petrol hybrid powertrain later as well under its hood. There are no words of Ford bringing this SUV to the Indian shores as of now but we would love to be part of Bronco’s rich history for sure.