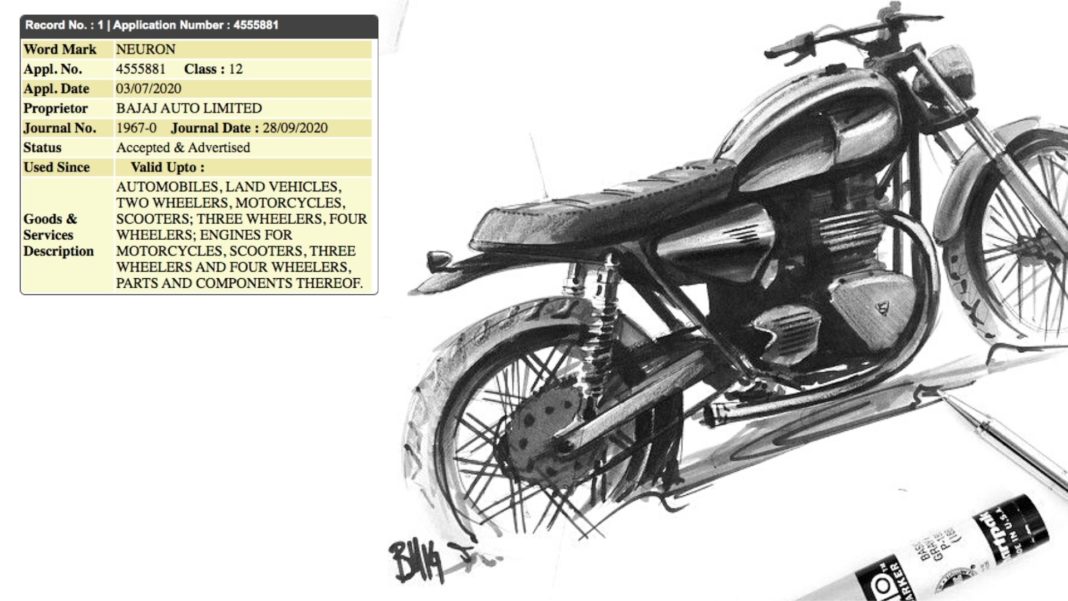 The only mass-market cruiser motorcycle that Bajaj currently retails in India is the Avenger series, however, the new trademark filing suggests that this could soon change

Honda Motorcycle and Scooter India (HMSI) recently ventured into the sub-400 cc modern-classic motorcycle segment with the H’ness CB 350, which was launched in the country at a starting price of Rs 1.9 lakh (ex-showroom). Now, it looks like another contender is being readied for a launch in the said space, coming from the house of Bajaj Auto.

Bajaj has filed an application to trademark the ‘Neuron’ name, which is expected to be a mass-market cruiser motorcycle that will go on to rival the likes of the Royal Enfield Classic 350, Jawa, Benelli Imperiale 400, as well as the newly launched Honda H’ness CB 350 in the country.

It should be noted that Bajaj does already have a mass-market cruiser range in its line-up, the Avenger series. The bigger sub-400 cc motorcycle could draw inspiration from the Avenger, since the motorcycle is one of the oldest and most beloved nameplates in the automaker’s line-up. 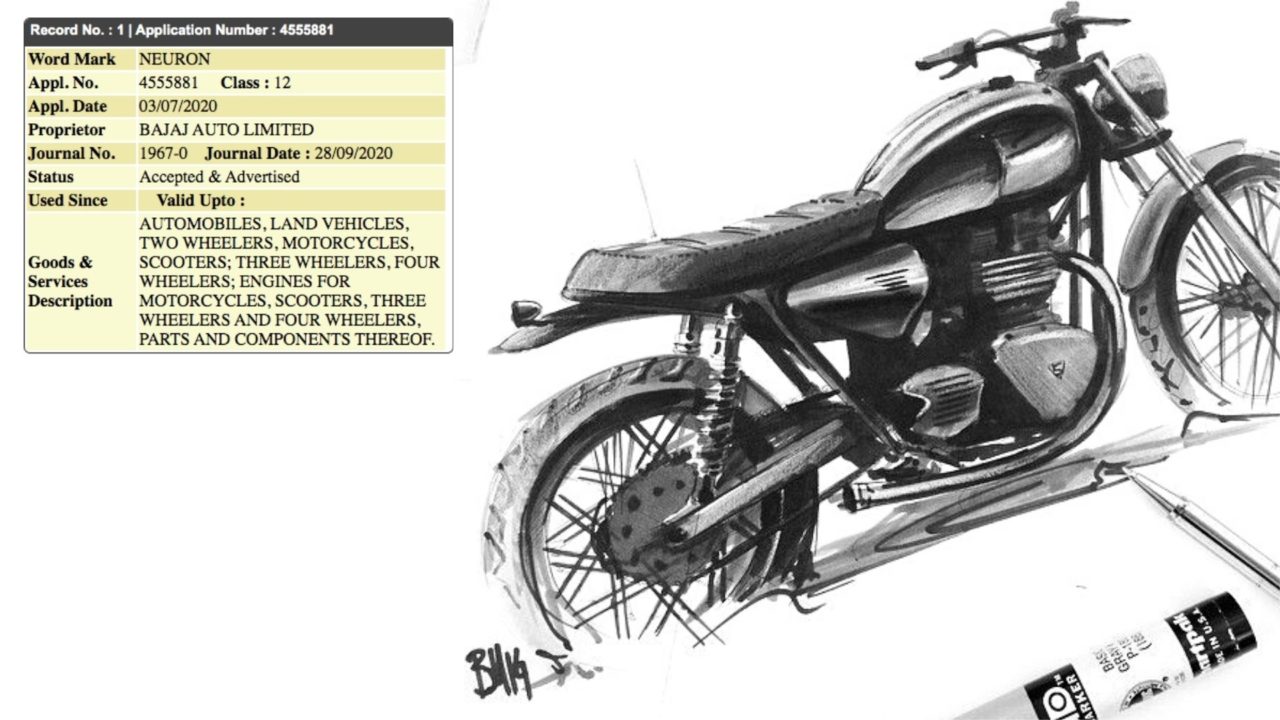 It should be noted that no information has officially been revealed by Bajaj yet, and the ‘Neuron’ could actually turn out to be a different motorcycle altogether. Nonetheless, if it is a sub-400 cc cruiser, it could even make use of the Dominar 400’s 373.3 cc single-cylinder engine. However, fitting the engine in a cruiser motorcycle could be a challenge.

While the Street 160 dons a modern street design, the Cruise 220 features iconic styling with modern elements. However, being a premium motorcycle, the Neuron will likely have some unique elements to set it apart from the two.