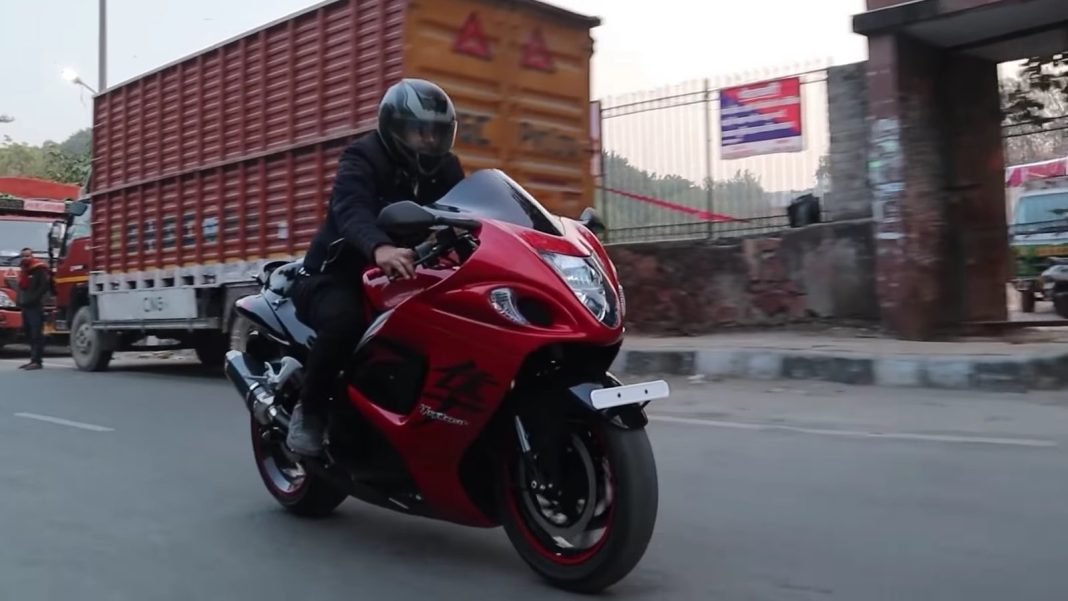 Suzuki Hayabusa is one of the most iconic motorcycles in the world. Famous in India as the “Dhoom bike”, the ‘Busa enjoys a massive fan-following in our country. The current (third-gen) model was launched in the Indian market last year as a CBU import, and it is completely sold out at the moment.

If you love Suzuki Hayabusa and want one, you’d be better off looking in the second-hand market, but even the used ones are extremely expensive. If your budget is tight but you still want one, then you can take the aftermarket customisation route! The video below, posted by Vampvideo, shows us one such custom-built ‘Busa, prepped by Bitto Bike Modification.

The motorcycle started life as a Bajaj Pulsar 220F, which was sent from Indore to New Delhi for modification. The bike wears a Hayabusa body kit, which is identical in design to the old (second generation) ‘Busa. There are a few elements that are different, like the handlebar grips and bar-end weight. Also, the switchgear of the Pulsar remains, although the instrument cluster is new.

The bike also gets a custom front numberplate holder, mounted on the front fender. Other than that, this custom motorcycle gets a dual exhaust system, consisting of two Akrapovic exhausts with removable dB killers. The sound with the dB killers removed is quite rowdy, although the single-cylinder thrum cannot be mistaken for the Hayabusa’s inline-4 growl.

The engine of Bajaj Pulsar 220F is a 220cc, single-cylinder, air-cooled unit, paired with a 5-speed sequential gearbox. This motor is capable of generating 20.4 PS of peak power and 18.55 Nm of maximum torque. This is a fraction of the output of the old-gen Suzuki Hayabusa (197 PS and 138.7 Nm). 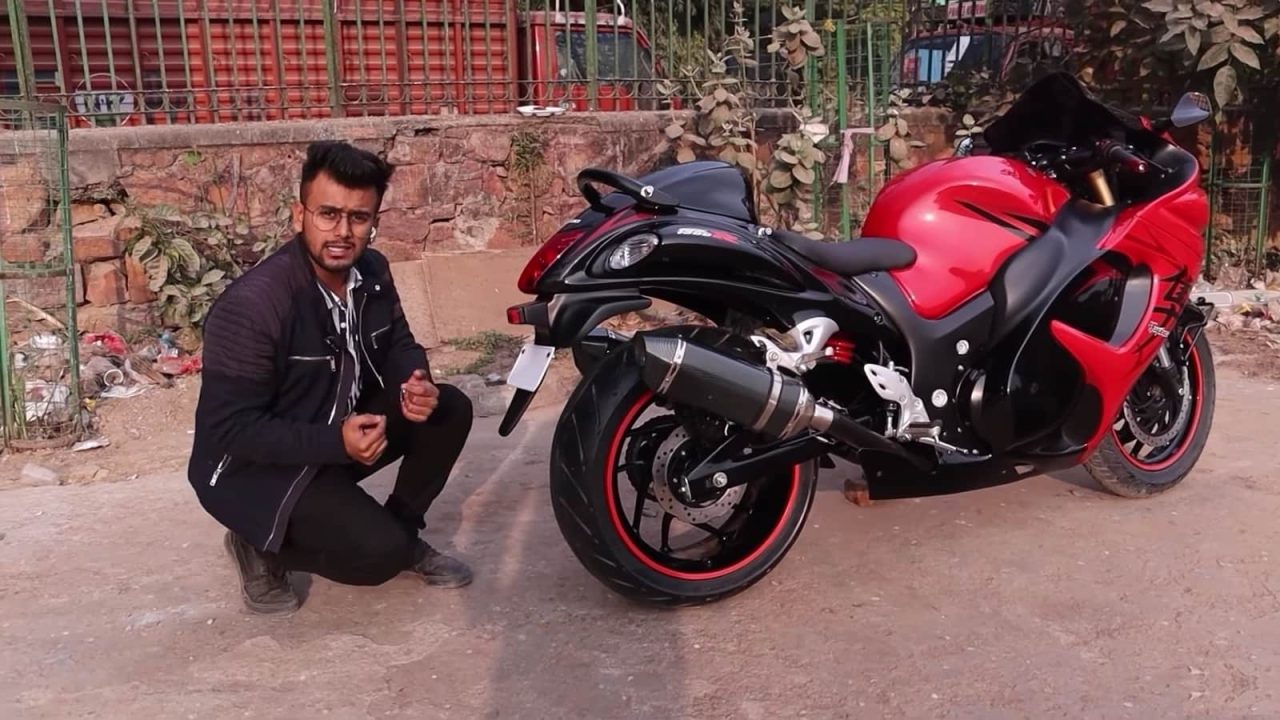 The cost of this modification is around Rs. 2 lakh, which is quite an attractive price for a ‘Busa lookalike. However, it should be noted that extensive modifications like such are illegal in India. If the cops were to check the RC of the motorcycle, the owner would have to cough up massive fines and the vehicle would be towed away.