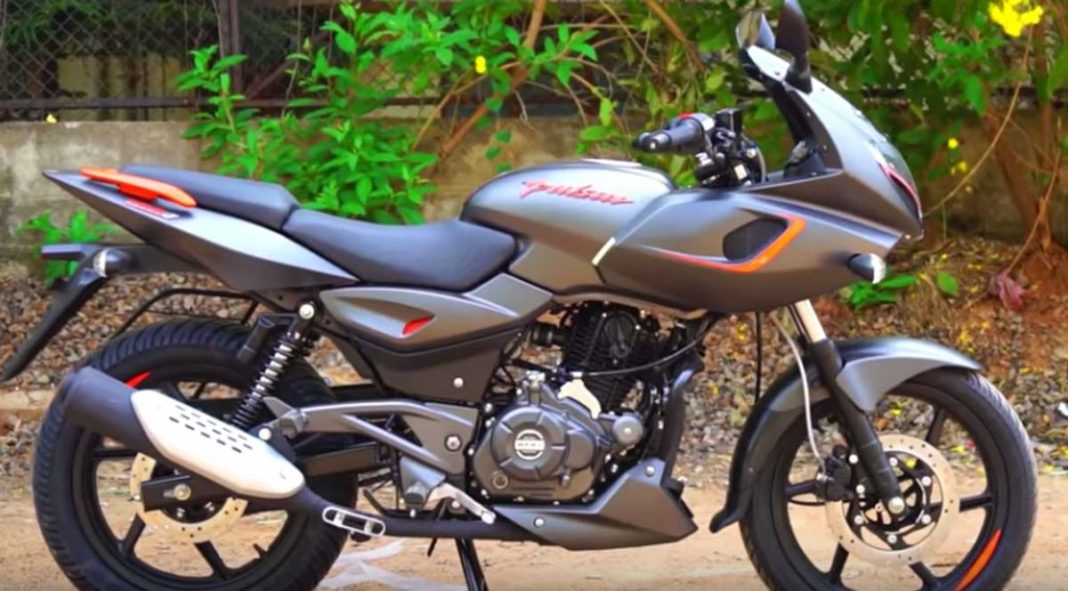 Bajaj surely knows how to impress their buyers. They have already started adding the mandatory ABS safety feature in their motorcycles before the April 2019 deadline. Recently they also have introduced a new Pulsar 180 trim in India. The 2019 Pulsar 180F has been in the news for quite some time now and it borrows its styling cues from the popular Pulsar 220F.

Although Bajaj has not made any official announcement, the soon to be launched Pulsar 180F will be priced at around Rs 86,500 (ex-showroom) which is exactly Rs 1,500 more than the standard Pulsar 180 variant. The motorcycle was spotted recently with two color options including a gloss black with red logos and matte gray with orange logos.

In this walkaround video, you can watch the matte gray with orange variant which is definitely attracting everyone’s attention. The Pulsar 180F Gray orange color, in particular, gets the Pulsar logo positioned on the fuel tank and the grab handlebars finished in orange color accent. The rest of the body panel including the fuel tank has been finished in matte gray paint.

Apart from borrowing the semi fairing from the Pulsar 220F, there are no other mechanical changes made to the motorcycle though. The Pulsar 180F is still powered by the same 180cc, single-cylinder air-cooled engine. The engine is capable of churning out 17 bhp of peak power and 14.22 Nm of peak torque and is mated to a 5-speed gearbox.

The motorcycle uses the same telescopic suspension setup towards its front and a 5 way adjustable Nitrox shock absorbers towards its rear. The Pulsar 180F relies on a 260mm disc brake at the front and a 230mm disc at the rear for stopping.

According to the recent reports, the upcoming motorcycle will be getting a single channel ABS system as well in the month of March 2019. Expect the ABS-equipped variant to be priced at least Rs 6,000-7,000 more than the non-ABS variant. The unofficial pre-bookings for the Pulsar 180F are now also open and the interested buyers can pay a token amount of Rs 1,000 to book the motorcycle.