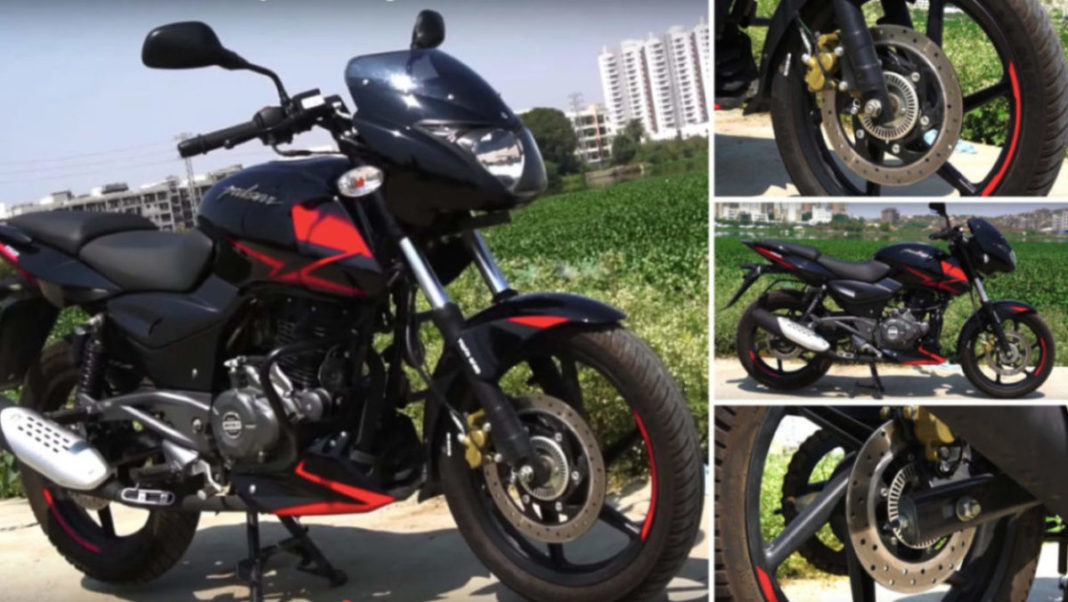 We already have reported earlier that Bajaj’s best selling Pulsar model will get the much-awaited ABS update soon. Few Bajaj dealerships are also providing the Pulsar 150 ABS variant for test rides as well. For those of you who are still not aware Bajaj has added the ABS update only on the twin disc variant of the Pulsar 150 as of now.

That said, renowned Youtuber Mr. Dino was able to get his hands on the updated 2019 Bajaj Pulsar 150 ABS variant recently and gave us his first impression of the motorcycle. Bajaj hasn’t made a lot of cosmetic updates to the motorcycle, however, it does get a new cowl and body graphics which has added a fresh appeal to the existing Pulsar model that has been around in the market for over a decade now.

The updated motorcycle also takes some styling cues from the Pulsar 180 and it gets a split seat instead of a single seat unit and also split grab rails at the rear. Although the speed sensors are present in both the front as well as the rear disc brake but like we already mentioned earlier the Pulsar 150 gets a single channel ABS system only (which means ABS is operational only on the front wheels).

In this video, you can also watch with the help of the new ABS safety system the Pulsar 150 comes to a halt from 67 km/h mark to a standstill in just 1.9 seconds. According to the rider, the ABS intervention is also really smooth which actually helps provide enough confidence to the rider.

The motorcycle still uses the same tried and tested 149cc, single cylinder, air-cooled, DTS-I unit which produces about 14 Ps of peak power and 13.4 Nm of peak torque. The engine is paired with a 5-speed gearbox. Bajaj has updated the engine when it received the BS-IV update earlier and as a result, the unit is more refined even at higher rpm’s.

The 2019 Pulsar 150 model still uses the same conventional telescopic forks up front and twin gas charged shock absorbers at the rear. The twin-disc variant relies on a 260 mm disc at the front and a 230 mm rear disc at the rear for stopping. The existing Bajaj Pulsar 150 Twin Disc non-ABS variant retails for Rs 80,794 (ex-showroom). Expect the Pulsar 150 ABS equipped variant to be priced at least Rs 6,700-7,000 more than the non-ABS variant.