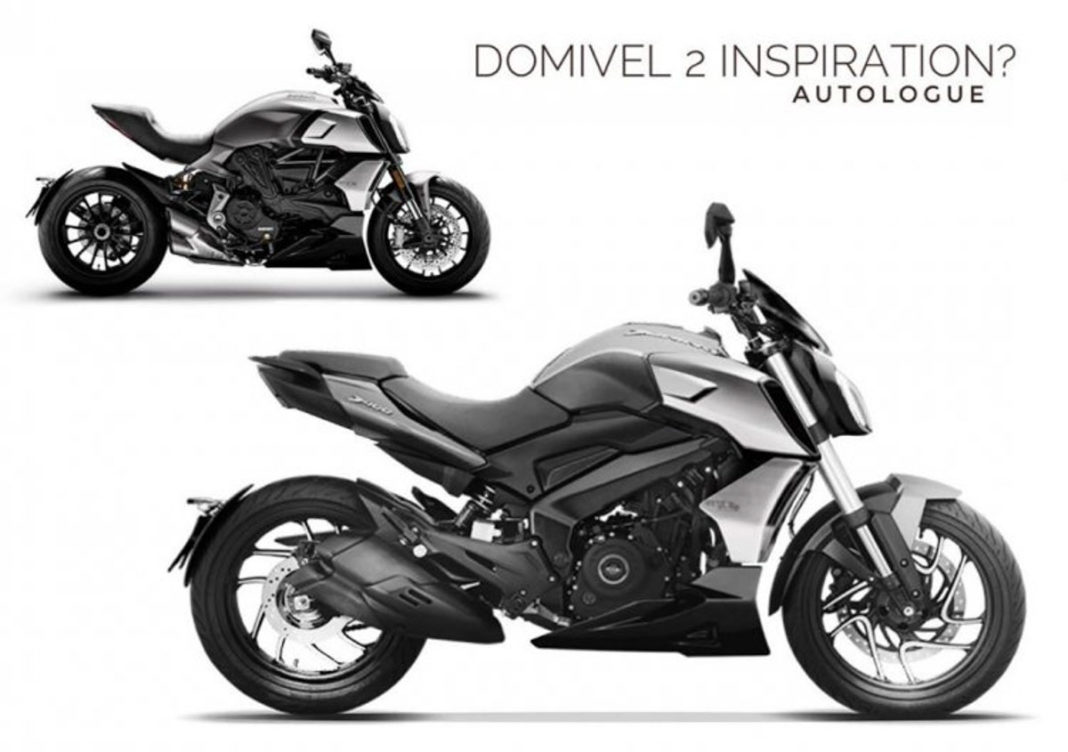 The Domivel Kit 2 like we already mentioned takes its inspiration from the Ducati Diavel 1260. It gets a slightly flatter headlamp unit towards the front and a taller windscreen. The updated body kit also gets different tank shrouds that look slimmer while the radiator cover and the engine cowl has also been redesigned as well.

Take a closer look at the rendered image and you will also notice that the stock rear fender of the motorcycle has also been replaced with a tyre hugger which also gets a number plate holder as well. The tyre hugger not only helps in adding a clean look to the rear profile but it also enhances the overall appeal of the motorcycle.

Expect Autologue to finalize the Domivel kit 2 design within the next couple of months. The 2019 Dominar 400 has received some significant cosmetic and mechanical updates which made the motorcycle one of the most value-for-money offerings in our market.

The 2019 Dominar 400 is now powered by a 373.3 cc single-cylinder, liquid-cooled, fuel-injected DOHC motor. The unit paired with a six-speed gearbox produces about 40 PS of peak power (5 PS more than the old engine) at 8,650 rpm and 35 Nm of peak torque at 7,000 rpm. The motorcycle has recently received a price hike and now retails at Rs 1.80 lakhs (ex-showroom).