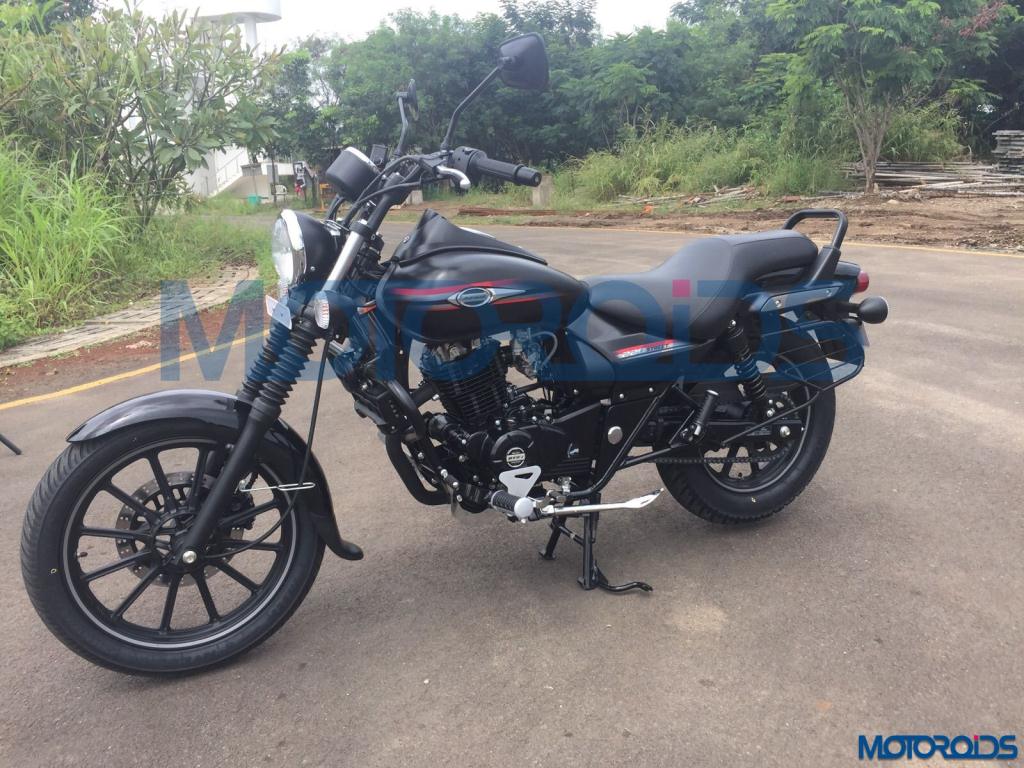 Bajaj Avenger Cruise 220 Spied Along with Street 220, 150 Could be third variant, launch in third week of October confirmed

Crusier motorcycle category is suddenly heating up. With Royal Enfield getting aggressive and Mahindra coming up with the extremely potent Mojo, it is the time for a person who has dominated this scene for the last 4 years to refresh it models and keep the game running and competitive.

Yes, That’s Bajaj and their Avenger has been doing steady 4,000 units since 2-3 years is what they company says. So once Bajaj sensed competition, and it had to reply.

We brought you spy shots of the Avenger, which said that there is going to be a variant called Street 220. Today, there are clear pictures of the same Avenger along with a new variant, call the Bajaj Avenger Cruise 220. The Bajaj Avenger Cruise 220 is the bike which will retain the chrome the old model had and will have raised handlebars, will come with accessories and will also get the mechanical changes that the new set of Avengers will get.

Bajaj Avenger Cruise 220 is likely to have same engine as before which makes 19 BHP and 17 Nm of torque. The Street 220 version seems to be a stripped version of the Bajaj Avenger Cruise 220 which should be lighter and can be called as a sporty cruiser given the alloy wheels, matt black paint, zero chrome and without windshield. Expect pricing to be around the same ball park as before for the 220 variants as they will have minimum changes. The real mystery is the third Avenger whose specification could be the 400cc or the 150cc variant or something out of the box. Let’ wait for it as the launch is very near.