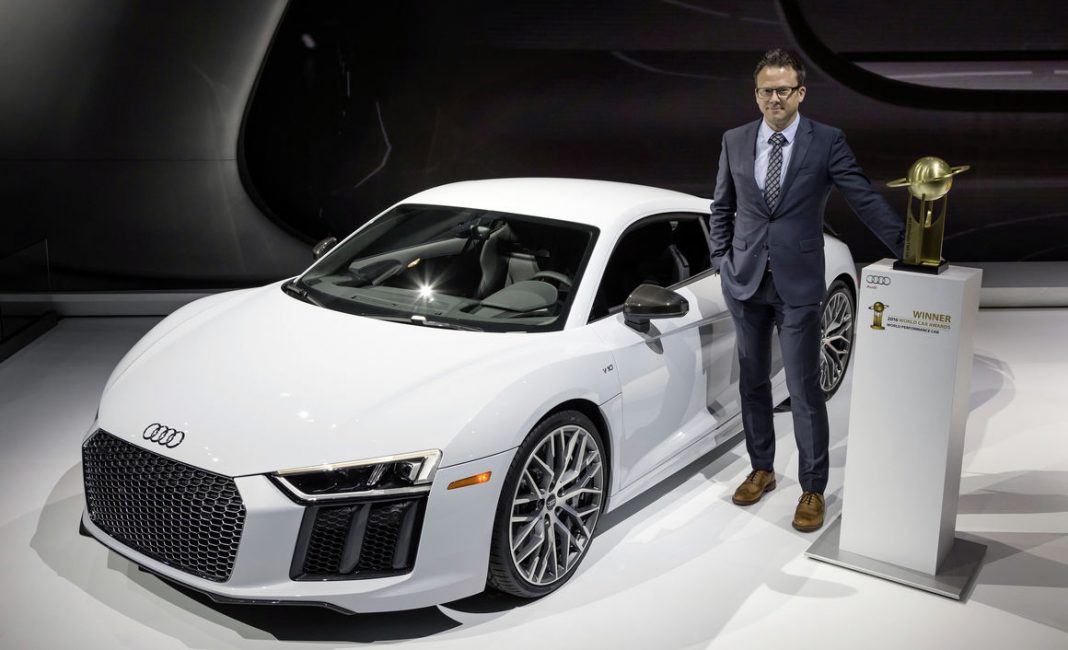 The Audi R8 has achieved another feat in the World Car Awards by winning its fourth award in the program. The Audi R8 Coupe has been voted the “2016 World Performance Car” in the award ceremony at the New York Auto Show. Audi R8 is the flagship model in Audi’s sport lineup and it is also the model which has received most awards at the World Car Awards.

Audi R8 V10 is the most powerful car in Audi’s stable. We got a glimpse of the car at the Delhi Auto Expo 2016 last month. The car gets power from a mid mounted Lamborghini sourced massive 5.2 litre V10 engine mated to a seven speed dual clutch transmission, which churns out 610 hp peak power and 530 Nm of peak torque. It can reach 0 – 100 kmph in just 3.2 seconds with a top speed of 330 kmph. The car comes with advanced aerodynamic efficiency and superior performance.

Speaking about Audi R8 Coupe’s “2016 World Performance Car” award, Dietmar Voggenreiter, board member for Sales and Marketing at Audi AG describes the R8 as one of the strongest calling cards for the brand with its distinctive design, driving dynamics and racing charm.

The Audi R8 Coupe sports blends of lightweight aluminium and carbon fibre elements in the body. The front fascia sports sleek and sharp LED headlamps, large hexagonal front grille, and larger air dams with carbon fibre elements at both sides of the lower fascia. The side profile also boasts nice coupe roofline, large air dams at both sides, while the rear also sports the aggressive appearance.

The interior adorns premium quality materials, Nappa leather upholstery, Alcantara headliner and carbon fibre inserts. It gets a flat bottomed steering wheel, Audi MMI system with voice command system. Although it is a sports car with the engine positioned at the back of the seats, but the cabin offers plenty of room for the driver and passenger.