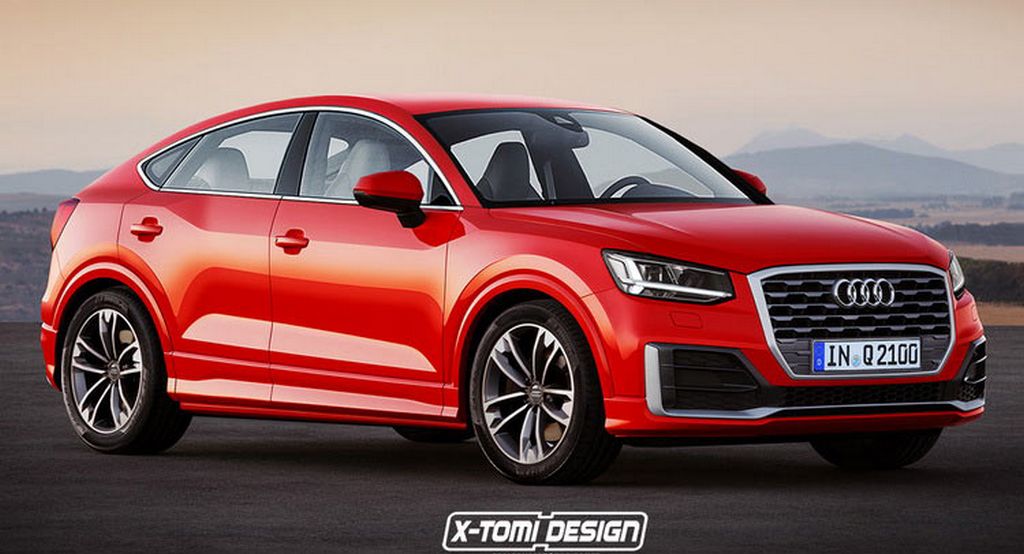 The new battleground for the German trio of manufacturers will begin at a new segment none of them had any sort of prior experience on as Audi became the first of the three to reveal a production-ready crossover positioned below its existing line-up of luxury SUVs.

But what if Audi makes a Coupe-ish version of the Q2 mini crossover? The Sportback perception of the already alluring Q2 crossover has been doing rounds on the internet. It boasted a less aggressive front fascia, coupe-ish roofline and less intimidating alloy wheels reminding of S-line rather than a RS.

The Audi Q2 is the smallest offering from the Q range ever and will also be the most affordable. Launched at the 2016 Geneva Motor Show, the mini crossover derived styling inputs from the Q3 but has unique low roofline and external appearance.

The front end features signature front grille with the four rings logo, headlamps with LED DRLs and sporty bumper. With the interior design cues taken from the range-topping Q7 SUV, the mini Audi notched up a promising overall package with the new Audi Virtual Cockpit display. Under the hood, the Audi Q2 comes equipped with 1.4-litre TFSI petrol engine that produces varying range of power outputs between 130 hp and 180 hp. The diesel variants could come with 1.6-litre and the more powerful 2.0-litre engines.

The smaller displacing engine could develop power between 120 and 150 hp whilst the 2.0-litre will top the range at 200 hp. A six-speed manual gearbox will be offered as standard and the dual-clutch S Tronic seven-speed transmission is optional for all power plants. Generally the Q2 is front-wheel driven but the petrol and diesel range-toppers 2.0 TFSI and TDI versions will have all-wheel drive options. It will be available to buy in the European markets by mid-year but we can expect it to arrive in India in the closing quarters of 2016. The Mini Countryman and the BMW X2 currently in the works are the key competitors.
Source: Xtomi