Audi has reported an increase in the sales of the e-tron electric SUV by more than 86 per cent, with a major chunk of its sales coming from Europe

Audi e-tron, the German marquee’s first fully-electric SUV, was the top-selling EV model in Europe in the first half of 2020. Audi has reported a global sales figure of 17,641 units for the e-tron during this period, which is an increase of 86.8 per cent compared to last year. Considering the effects of COVID-19 pandemic on car sales internationally, this feat seems even more impressive.

Europe and the US are the biggest markets for electric vehicles at the moment. While the sales of Audi e-tron hasn’t been too impressive in the US, the European market has seen a huge increase in the sale of the vehicle. In fact, the e-tron was responsible for the biggest chunk of Audi’s sales in Iceland (93%) and Norway (92%), and a significant portion of of the total sales in Isreal (14%) and Sweden (12%).

The acceptance of electric vehicles has been far greater in Europe than in any other market. The strict emissions laws are perhaps the biggest reason for it, forcing carmakers to retail EVs to reduce their overall emissions. Interestingly, this has been a successful strategy in curbing vehicular emissions in countries of the EU. 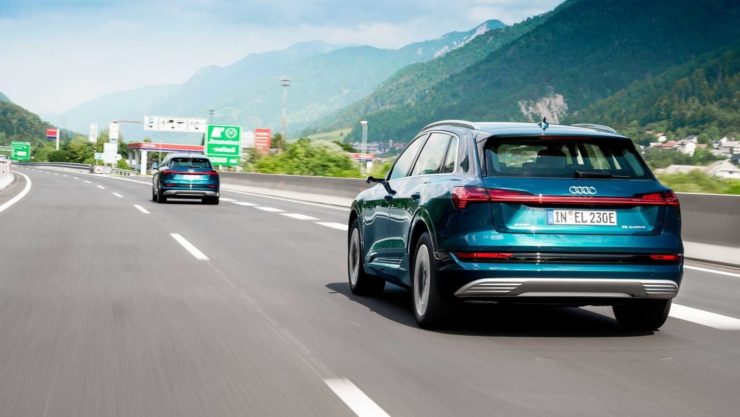 Although the American EV market is mostly dominated by Tesla, Audi has registered a 50 per cent growth in the sales of e-tron in the US as well, which is quite a significant growth. Audi will also add the e-tron Sportback to the range soon, which has its global premiere earlier this month, along with sporty ‘S’ models for both in the near future. Next in line for launch are e-tron GT and Q4 e-tron, which will help Audi expand its reach even further.

Hildegard Wortmann, Member of the Board of Management for Sales and Marketing, was quoted saying “The Audi e-tron is a real game changer for us and clearly illustrates our vision of sustainable and progressive premium mobility.” 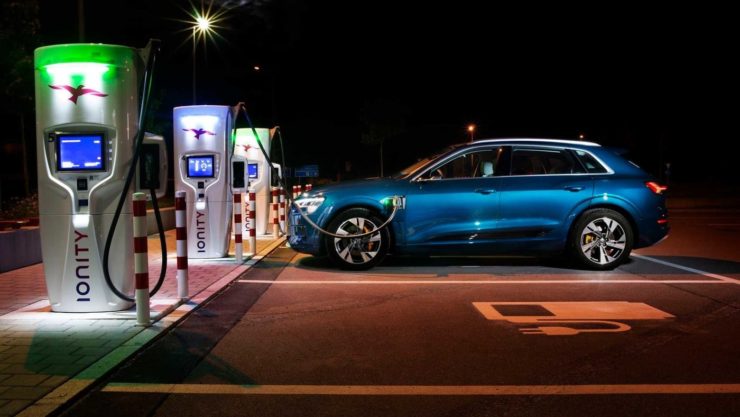 Audi e-tron is powered by two electric motors, one on each axle, which derive power from 95 kWh battery. The front motor makes 125 kW, while the rear motor generates 140 kW, thus bringing the total output to 265 kW, or 355 bhp. There is an over-boost function present, which increases the maximum power to 400 bhp for a short burst of time. The Audi EV has a claimed driving range of over 400 km on a single charge, and it takes just 30 minutes to charge the battery from 0 to 80 per cent via a 150 kW DC fast charger.