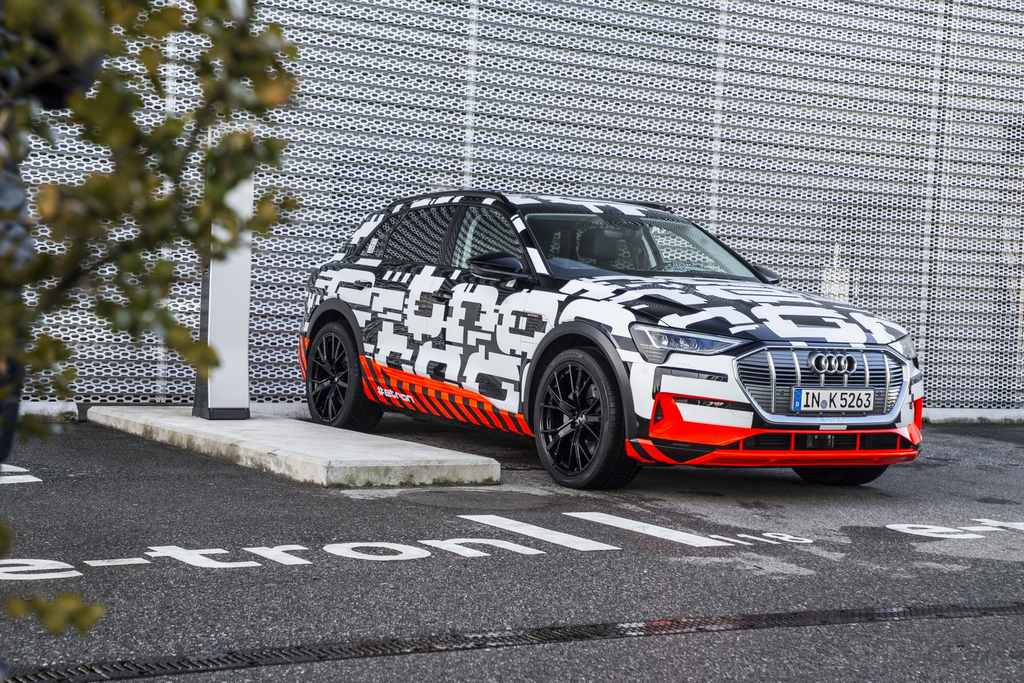 Audi is going to introduce E-Tron Electric SUV on September 17 at a special event in San Francisco. The company has officially commenced production of new E-Tron SUV at its Brussels plant ahead of the launch. The German manufacturer released a new teaser of E-Tron in Catalunya Red colour.

The E-Tron is powered by two electric motors with a combined output of 355 hp and 561 Nm of torque. If that’s not enough, then there is a boost mode in which E-Tron electric motors produce 402 hp and 664 Nm, but it will be available for just 8 sec only. 0-100 kph in under 6 sec and top speed is electronically limited to 200 kph.

The electric motors get their power from 95 kWh battery pack and fuel cells for battery will be provided by LG Chem or Samsung. The company has used water-based cooling system to reduce heat. According to Worldwide Harmonized Light Vehicle Test Procedure (WLTP), E-Tron offers 400 km of range between charges.

The battery can be charged in just 30 minutes using 150 kW charger and the company hasn’t specified charging time on regular charger. Audi has also given advanced regenerative braking system with three different modes and more than 90 percent of deceleration doesn’t even require use of brake pedal. 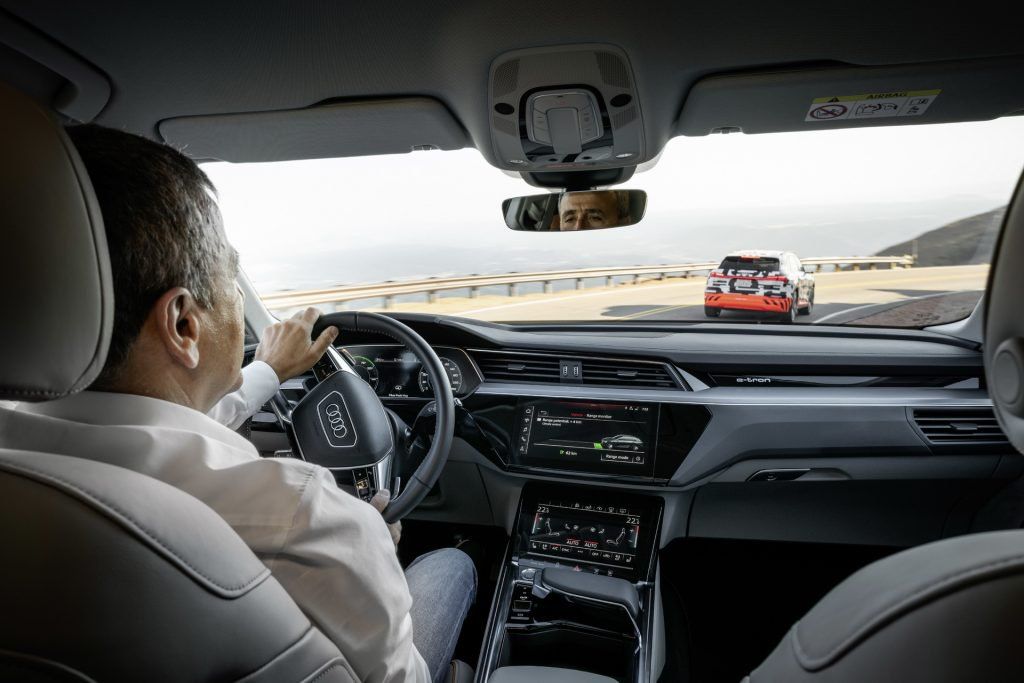 The energy recuperation system is so advanced that it can add one kilometer of range for every kilometer travelled downhill and this contributes more than 30 percent of total range. Audi has also developed a new daily self-cleaning cycle for steel disc brakes to ensure that they don’t become rusty.

Audi E-Tron is world’s first series production car to come with camera instead of traditional rear view mirrors as the image from camera is projected on door pad. This design also helps the EV to be more aerodynamic efficient. The E-Tron will compete against new Mercedes EQC.