Audi A8 L Horch is longer than the standard version by 130 mm to offer a more spacious rear seat experience; powered by a 3.0-litre turbo V6 engine with 48V mild-hybrid tech

At the 2021 Guangzhou Auto Show, Audi will host the world premiere of the A8 L Horch – a distinguished luxury sedan primarily targetting customers in the Chinese market. Before its debut, Audi has released official images and information regarding the long-wheelbase model as the Horch badge brings a sense of uniqueness and bespoke luxury.

The Audi A8 L Horch comes with a number of updates over the regular A8 and it will go up against Mercedes-Maybach S-Class. It is longer than the standard A8 by 130 metres and has an overall length of 5.45 metres. The additional room liberates space for the rear occupants who like to be chauffeured around. It also gets exterior changes to differentiate from the regular A8 L.

Some of the visual highlights in the Audi A8 L Horch are bespoke Horch badging, exclusive paint schemes, 20-inch polished wheels, digital matrix LED headlamps, OLED tail lamps and so on. It derives power from a 3.0-litre turbo V6 engine with a 48 V mild-hybrid system developing a maximum power output of 340 hp and 500 Nm of peak torque. 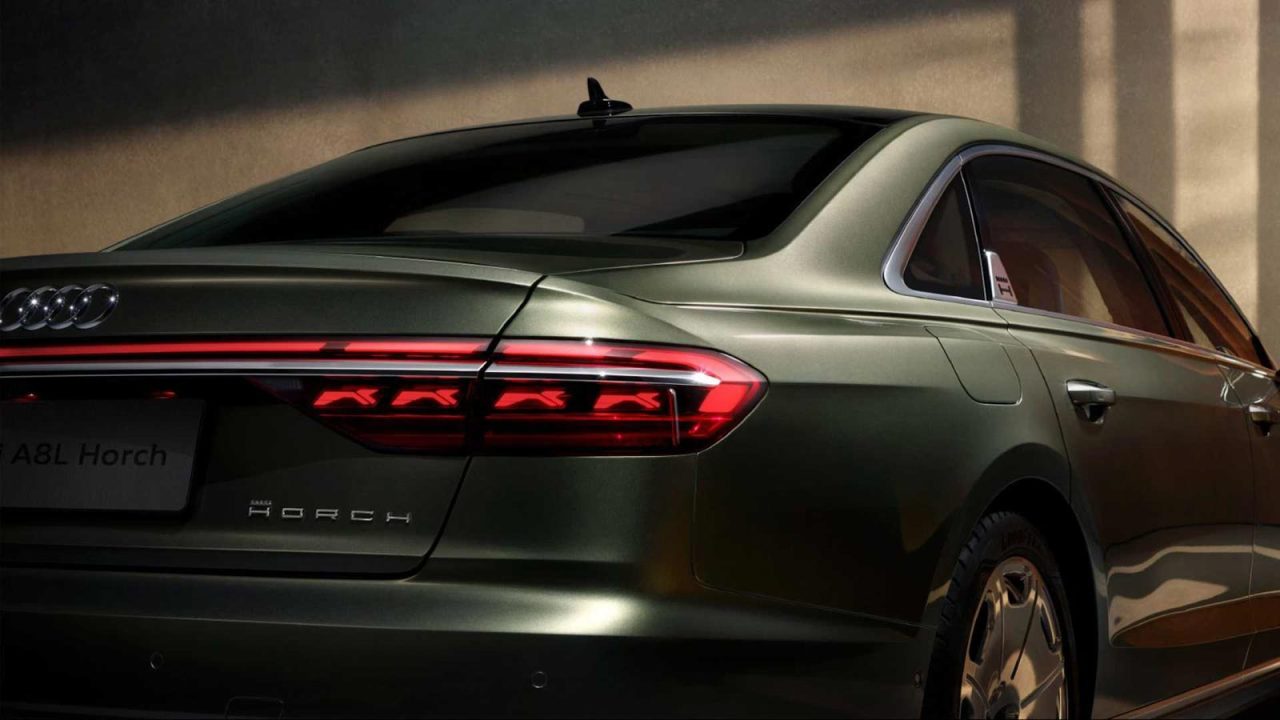 The engine is linked with an eight-speed automatic transmission sending power to all four wheels through the Quattro AWD system. The performance numbers do not seem much but then again the sedan is bought for comfort over everything else. The Audi A8 L Horch will be revealed as the Horch Founder Edition on November 19 for Chinese customers.

The changes inside and out do bring a unique vibe to the Audi A8 L Horch and it could captivate buyers wanting a different appeal to themselves. The features list is also packed as it comprises a negative ion air purifier, in-car fragrance, Bang & Olufsen 3D surround sound, different massage modes for front and rear seats. 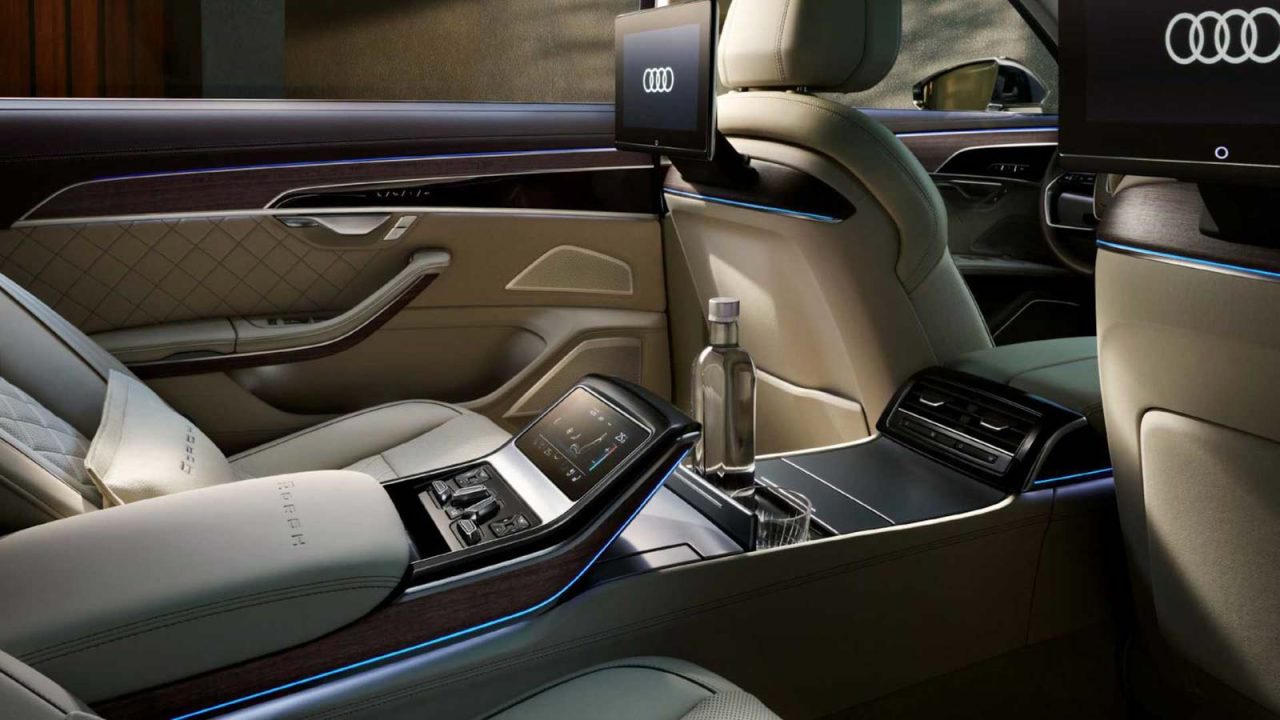 For the comfort and convenience of rear passengers, the German luxury carmaker offers a central infotainment system for the rear that can control different functions in the A8 L Horch alongside unique Horch touches including the rear central armrest.