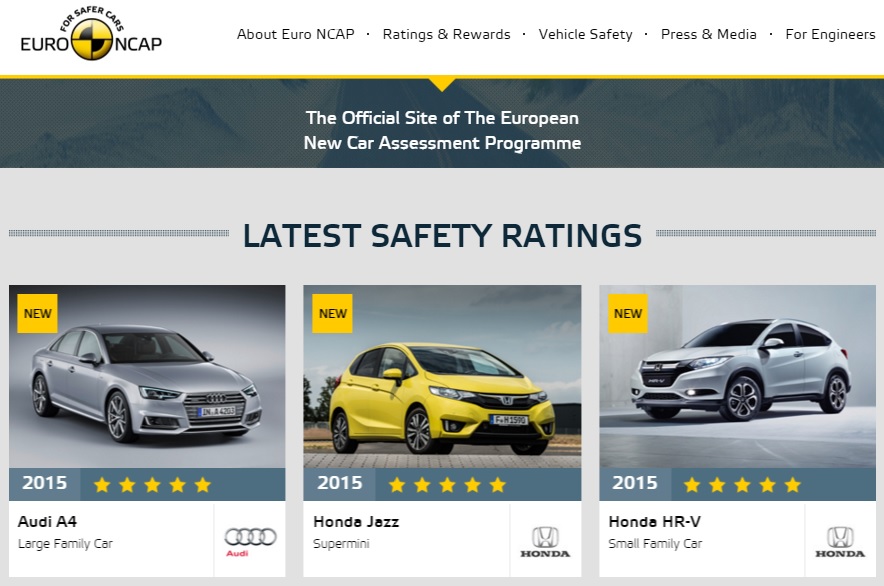 The new generation Audi A4 has been awarded with a maximum 5-star safety rating for adult, child and pedestrian protection by the Euro NCAP after conducting a series of tests that every vehicle in Europe goes through.

The entry level premium sedan received “Euro NCAP advanced” special award for its standard multi-collision brake assist system and Audi pre-sense system. The former works in a way that brakes are applied to prevent or mitigate a subsequent impact when a vehicle has been involved in a collision. The Audi A4 2.0 TDI S Tronic Sedan was the tested car in which seat belts are tightened, windows and sunroof are closed automatically prior to the crash courtesy of Audi pre-sense system. This standard feature basically warns the driver and applies emergency braking at speeds of up to 52.8 mph (85 km/h) in unavoidable accident situations.

The Audi A4 scored 90% for adult occupant protection, 87% for child protection, 75% for pedestrian safety and 75% for safety assistance categories.

Its main rivals from Mercedes-Benz and BMW: the C-Class and 3-Series respectively have also received five-star safety ratings from Euro NCAP whilst Jaguar’s XE is yet to be tested. Another two models awarded the full marks from the stringent Euro NCAP tests have been Honda HR-V and Honda Jazz. The Honda HR-V crossover scored 86% in adult occupant, 72% in pedestrian, 79% in child occupant and 71% in safety assist categories.

Meanwhile, the Honda Jazz hatchback performed even better with figures of 93% for adult occupant protection, 85% for child occupant, 73% for pedestrian safety and 71% for safety assist.

The Jazz is only the second supermini to have been awarded a full five-star rating in 2015 according to the testing organisation.