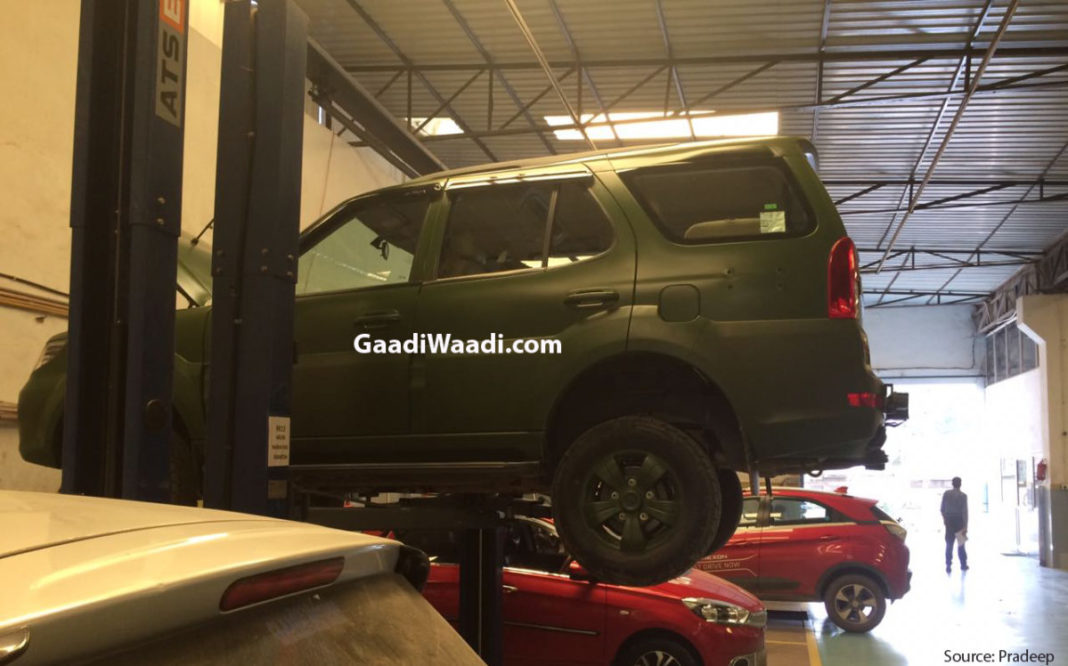 Update: The issue has been successfully resolved.

Tata Motors won a bid from Mahindra to become the official SUV supplier of the Indian armed forces. For this, the company sells an Army-spec Tata Safari Storme that has been suitably modified for the defence forces. However, as has been previously seen on Tata Motors vehicles, even the Army-spec Safari Storme has started facing quality glitches.

On this page, you can see our exclusive images of an Army-spec Tata Safari Storme that has faced a quality control issue. Spotted at a Tata Motors dealership, the malfunctioning vehicle had come into the workshop to fix a leaking transmission oil sump. As per the Army person who drove the vehicle, the leakage wasn’t faced by any sort of mishap and happened on its own due to some sort of a ‘defect’. Surprisingly, the vehicle was only a few days old when the issue cropped up.

The Army-spec Tata Safari Storme replaces the ageing Maruti Suzuki Gypsy, Mahindra MM550 DXB and Hindustan Ambassador in the army’s fleet. It features an olive green paint scheme and carries several minor modifications to be in compliance with the standards of our country’s forces.

Known as the Tata Safari GS800, the army-spec SUV gets an all-green paint scheme, fuel canisters, and, extra lighting fixtures. These modifications have been made to have the vehicle suit the kind of usage that the Army vehicles are generally put to. 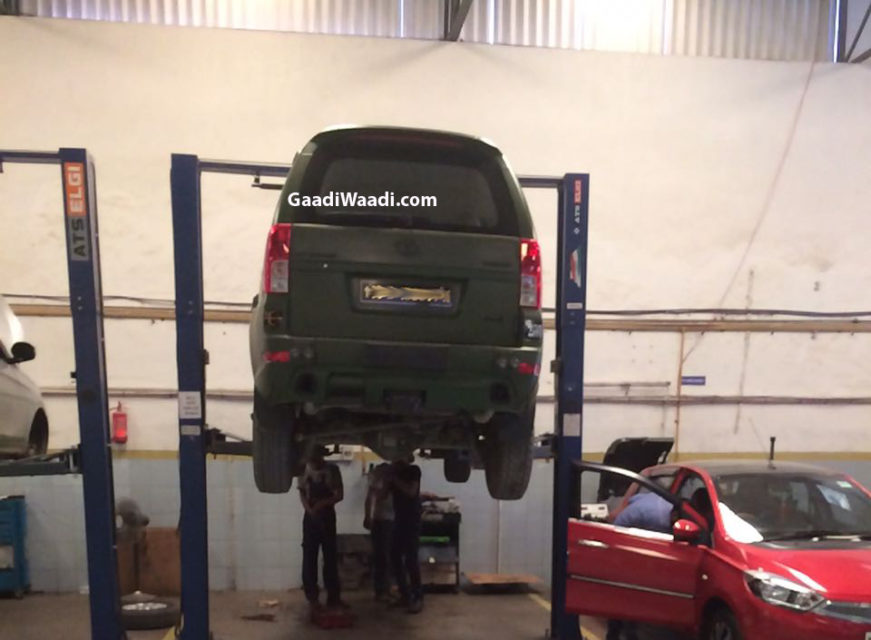 Powering the Army-spec Tata Safaro Storme is the same 2.2-litre VARICOR turbocharged diesel engine that powers the regular version. However, it has been tuned as per the specific requirements of the armed forces. While exact specs aren’t available, the company claims the power has increased by 70% and the torque by 200%. The payload capacity, at 800 kgs, has increased by 60%.

The engine comes mated a six-speed manual transmission sends power to all four wheels. While we were excited when we first got to know about the Safari Storme’s inductment into the Army fleet, we are now disappointed to know that the SUV continues to face quality niggles.