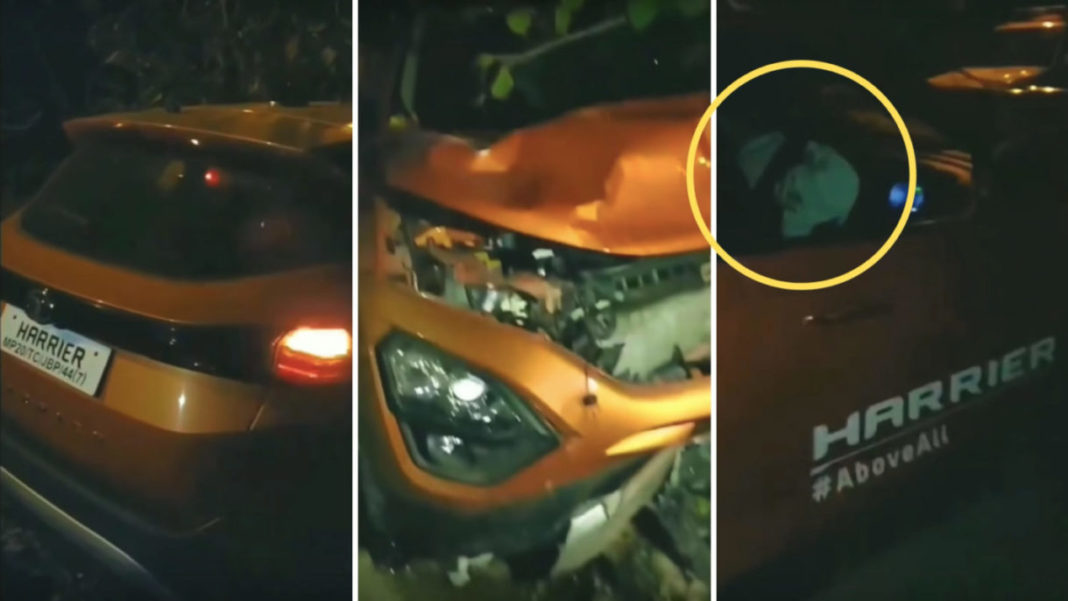 This is the second accident of the Tata Harrier in India after its launch, both front airbags deployed

The latest product from Tata Motors, the Harrier has become quite popular in the Indian market. Last month, Tata dispatched 1,449 units of the all-new Harrier as there is a lot of demand for this SUV in the market. Recently, an accident involving the Tata Harrier surfaced online where the car can be seen completely damaged from the front. The video also shows the deployed airbags of the SUV.

The Tata Harrier in the video is a demo vehicle, which is meant for the test drives for prospective customers. The car can be seen with a temporary number plate in the rear of the car and the #AboveAll lettering on the sie, which is an official hashtag of the Harrier.

The exact reason for the accident is not known, but it seems like the vehicle went out of control and hit a tree at high speed. The front two airbags of the Harrier can be seen deployed. It is also not known if any occupant got injured in the accident. The video was taken soon after that.

It seems like the top-end version of the vehicle that gets 6-airbags, but only the front two airbags were deployed because of the area of impact. The airbags are implemented according to the impact only.

Interestingly, this is the second known accident of the Tata Harrier of demo test drive vehicle. The Tata Harrier is powered by a 2.0-litre KRYOTEC engine that generates a maximum power of 140 PS and a peak torque of 350 Nm. It gets a 6-speed manual transmission with engine drive modes that can change the power output of the engine.