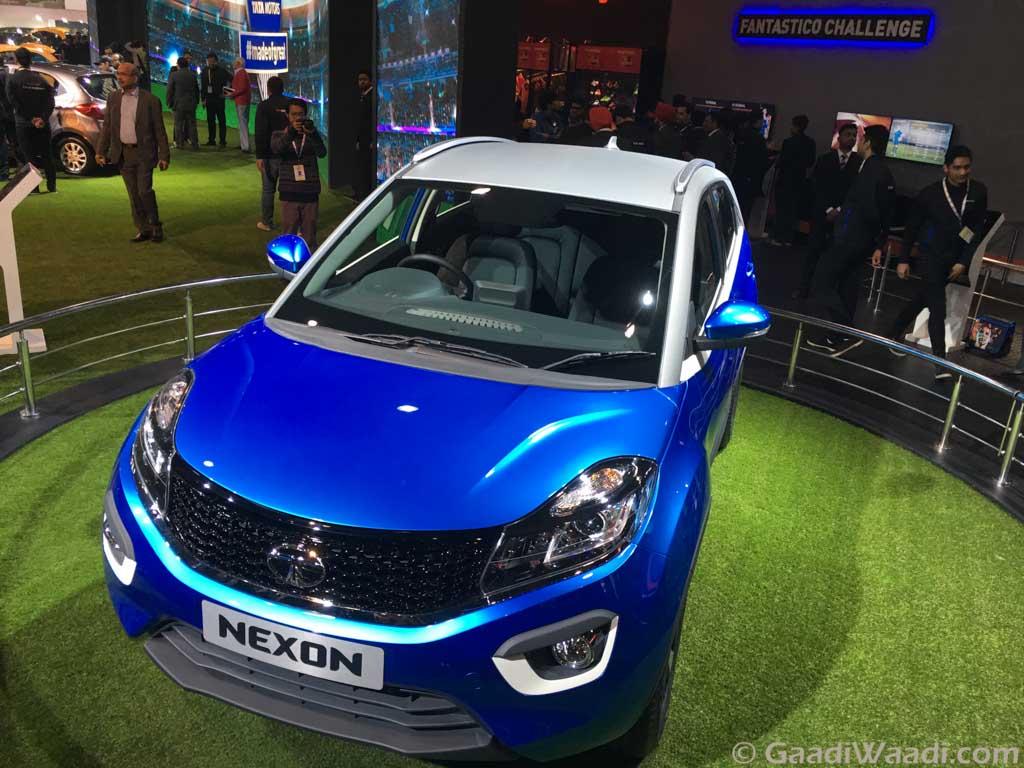 The Tata Nexon has been the centre piece of attraction at the Indian manufacturer’s show dice at the Auto Expo 2016. Codenamed X104 internally, the Tata Nexon will be based on the modified XO platform that underpins the recently revealed Tata Zica. As a result, the compact SUV will share several components and equipment with Zica. The five-seater utility vehicle draws its design inspiration from the Range Rover Evoque and will be positioned against Ford EcoSport, Mahindra TUV300 and Maruti Suzuki Vitara Brezza. It’s based on the Tata Nexon concept displayed at the Delhi Auto Expo 2014.

It’s more likely to be offered with a higher premium than its main rivals Ford EcoSport and Mahindra TUV300. It has coupe-ish roofline and could be available with raft of colour combinations adhering to its premium appeal with lots of tech and accessories inside. 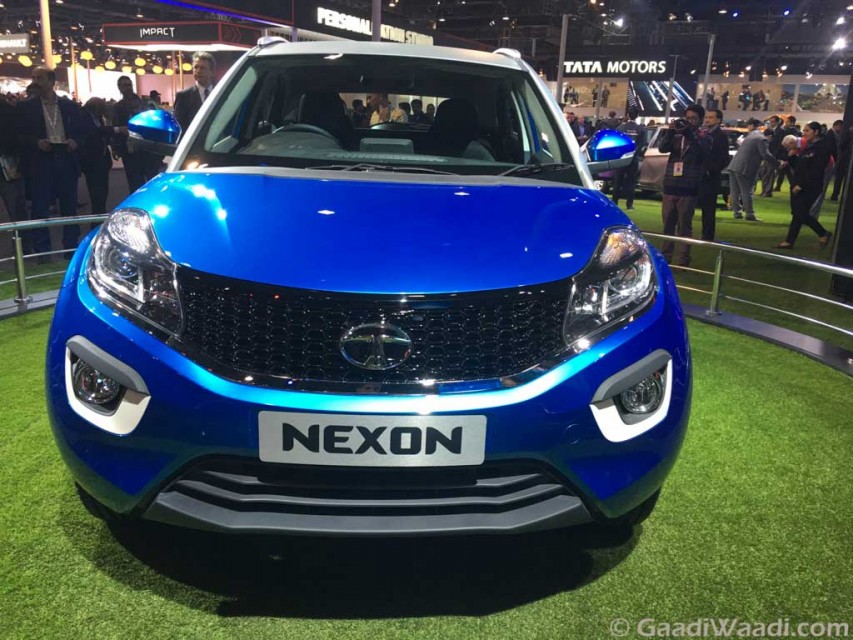 The engine line-up of Nexon will be featured with both diesel and petrol mills. All New 1.5-litre, four-cylinder Revotron petrol engine likely to be introduced in the Nexon could deliver 100+PS of power. The 1.05-litre, three-cylinder multi-jet Revotorq diesel motor will more likely give out 110bhp. Both the powertrains will be mated to a five-speed manual transmission as standard whilst similar to the Zest, the Nexon compact SUV could also get the ‘F-Tronic’ AMT (automated manual transmission) only on the top-end diesel variant.

The exterior styling elements that are expected to be carried over from the concept model are Diamond DLO, Slingshot Line and Humanity Line. The compact SUV’s design is inspired by the luxury Land Rover Evoque vehicle. It will have LED headlights, tapered glass roof at the back, bespoke wheel arches, floating-roof with black pillars, chrome beading on sills of windows and double sliding doors.

The coupe-ish roofline and stylish curves will comprise some of the cabin space we would suspect. Tata Nexon-osprey-way-glade-rendering The top-of-the-range variant might get shod on with the larger 18-inch alloy wheels whilst other variants could be offered with standard 16-inch wheels with 215/65 R16 tyres. The vehicle will get a spare wheel fitted underneath instead of being rear-mounted and could get a high ground clearance of 200mm. 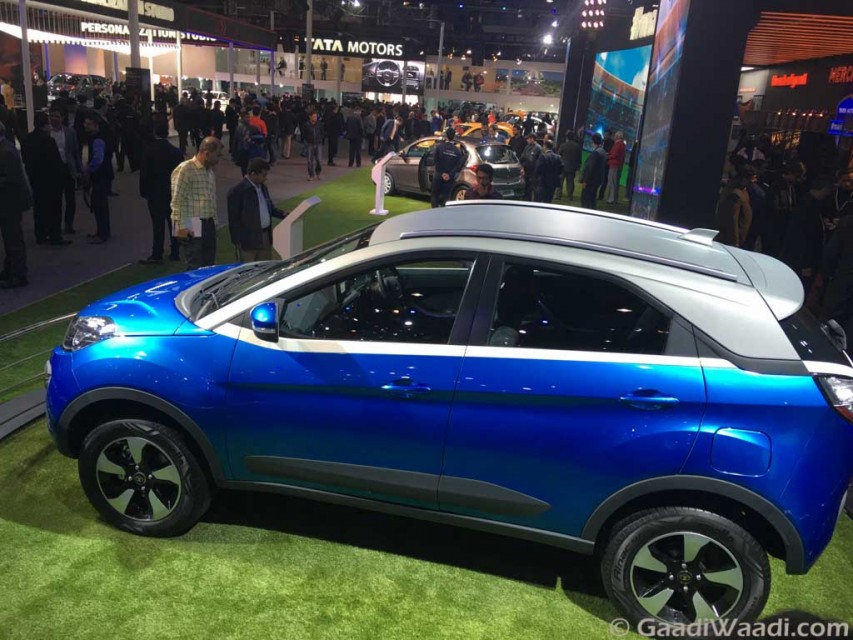 The interior of the all-new compact SUV will largely be taken from the Zica hatchback. Dashboard design, three-spoke multi-functional steering wheel, front and rear seats and centre console design will all be identical to that of Zica. However, it could get central floating instrument panel besides a new-gen Harman infotainment system with freestanding touchscreen display.

The key features Tata Nexon expected to come with Nexon are LED headlamps, 16-inch alloy wheels, floating console, a full-width instrument panel and double sliding doors among others. As seen in the spyshots, Nexon Could come with the ground clearance of above 200mm.