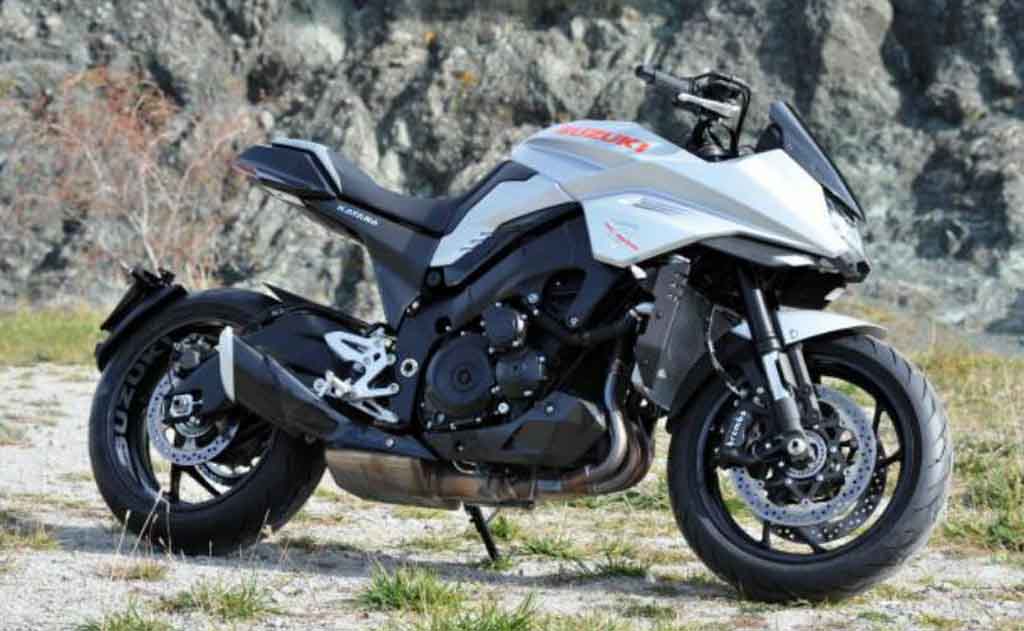 Suzuki has just released a third teaser video of its soon to be introduced production spec Katana motorcycle. The new teaser informs us that the motorcycle will be showcased at INTERMOT 2018. For your information, the Katana motorcycle which you are watching in this teaser video is the production variant of the Katana Concept which was based on the GSX-S1000F and was showcased at the 2017 Eicma show in Milan, Italy.

The Suzuki Katana is a sports motorcycle which was designed back in the year 1979–1980. The nameplate was later used for Suzuki’s sport touring motorcycle range in North America. According to the reports, the Japanese two-wheeler manufacturer recently patented the Katana nameplate along with a Japanese character and a Sword.

All this leads to one thing that Suzuki will be reintroducing the Katana sportbike again real soon. For the past few weeks, Suzuki has also released a number of teaser videos on youtube as well showing parts of the motorcycle but the latest teaser gives you a sneak preview of the motorcycle itself in the flesh even before it is showcased at the INTERMOT 2018.

From the teaser video, we can certainly tell you that the Suzuki Katana stays true to the concept motorcycle showcased last year. The original Katana which was introduced back in 1979 was designed by the German design house, Target Design and featured a semi-fairing towards the front of the bike.

Back then it was available with different powertrains. The reason why the motorcycle was so famous is mainly that it was a sporty motorcycle but also was a perfect touring machine at the same time. Hopefully, the new soon to be launched Katana too will get some of its touring as well as performance genes from the legendary motorcycle.

Although no specification details of the upcoming motorcycle are out yet speculations say that the new Katana will be based on the current GSX-S1000 and will perhaps be a turbocharged unit as well which will make it one of its kind production motorcycle present in the mass market.