The next-generation Mahindra Scorpio is expected to launch in India during mid-2021, and will feature a lot of premium features and tech

Now that the second-generation Mahindra Thar has finally launched in our market, the official announcements for the new-generation XUV500 and Scorpio are now due. These upcoming SUVs are speculated to launch next year, with the latter arriving a few months after the former. The 2021 Mahindra Scorpio has been spied during road tests on multiple occasions, and it will feature plenty of changes over the current model.

The first-generation Scorpio was introduced back in 2002, and has undergone two facelifts since then, one in 2006 and the other in 2014. The SUV is currently available with a 2.2-litre diesel engine, which generates 140 PS and 320 Nm of peak power and torque, respectively. It comes paired to a 6-speed manual gearbox only.

As for the new-generation model, it is expected to have two engine options – a 2.2-litre diesel and a 2.0-litre petrol unit. On the recently-launched Thar, the former generates 130 PS and 320 Nm, while the latter is rated at 150 PS and 300 Nm (320 Nm on AT). We expect these figures to be slightly higher on the Scorpio. 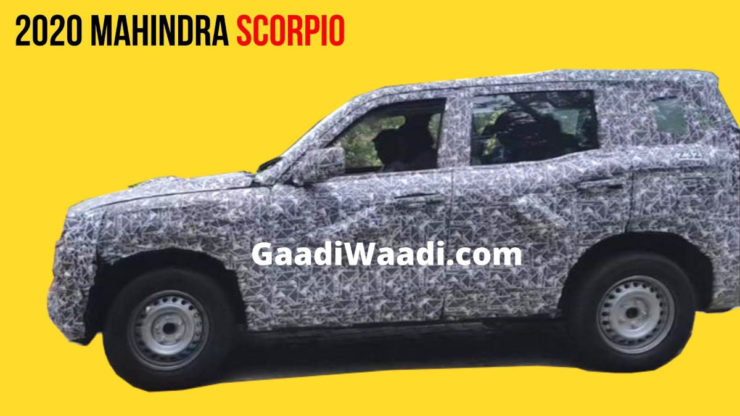 A new 6-speed torque converter automatic will also be added to the Scorpio range, same as the new Thar. The new model is also expected to be slightly bigger in size, which should improve the interior space. Apart from that, it will also offer a lot of premium equipment on offer.

The new model is expected to offer dual-zone climate control, a larger touchscreen infotainment system, and a leather-wrapped steering wheel (with integrated controls for audio and cruise control). The instrument cluster will also be new, and will get an updated TFT MID. Other than that, the cabin will be completely redesigned and will feature premium upholstery.

The 2021 Mahindra Scorpio will also be a restyled exterior. The new model will be much sleeker- and sharper-looking than the current one. Upon launch, it will compete with the Tata Gravitas, MG Hector Plus, and its own sibling, the XUV500. The current-gen Scorpio is priced between Rs. 12.42 lakh and Rs. 16.27 lakh, and the next-gen version will be priced at a slight premium over this.