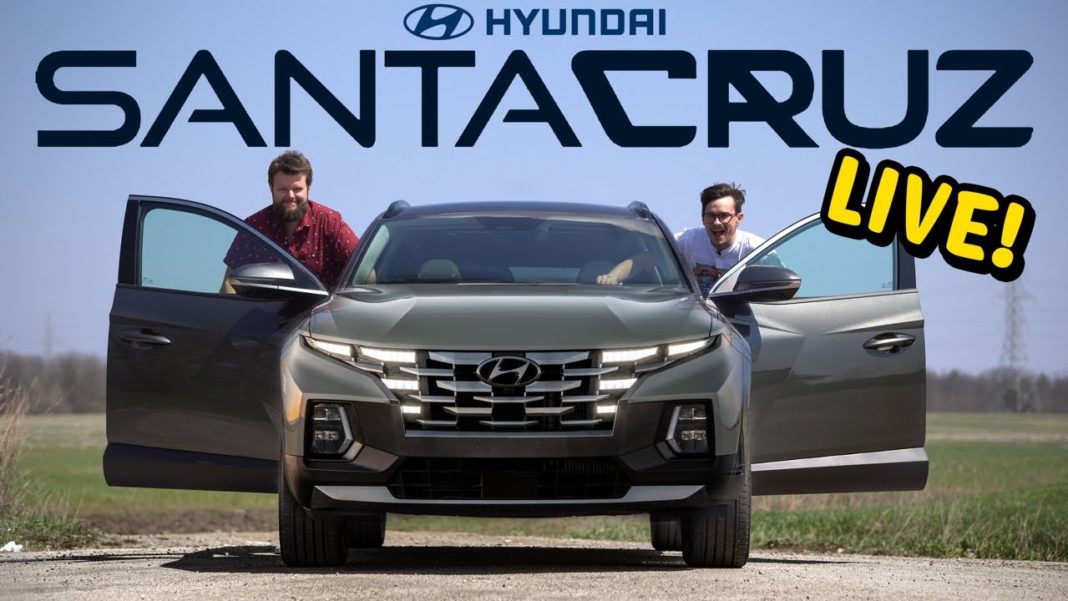 The recently unveiled Hyundai Santa Cruz pickup truck has several commonalities with the latest Tucson sold in the global markets including the eccentric or rather the futuristic front end design as the sharp cuts, edgy surfaces and aggressive styling elements make for a unique looking rival to Nissan Frontier, Toyota Tacoma and even Honda Ridgeline.

Don’t let the dimensions fool you as it is shorter than its main competitors but it has some clever features to be referred to as a Sport Adventure Vehicle as opposed to a full-blown unibody pickup. With Tucson being a top-seller for Hyundai already in markets like the United States, don’t be surprised if the Santa Cruz joins the bandwagon as well.

Last month, Hyundai scored its highest-ever monthly sales in America and the arrival of Kona N, Santa Cruz and Ioniq 5 makes things only interesting globally. The video linked below shows all the necessary details of the Santa Cruz in an in-depth manner including its well-thought-out features. In the US, it is retailed in a single engine option – a 2.5-litre unit.

The four-cylinder mill is offered in naturally aspirated and turbocharged formats. The former produces 190 horsepower and 244 Nm while the latter kicks out 275 horsepower and 420 Nm. An eight-speed torque converter automatic transmission is standard in the NA unit and the turbo comes with a DCT having paddle shifting function sending power to all four wheels through a HTRAC system.

The unibody pickup is basically the Tucson crossover with an open bed behind the second-row seats, lockable tonneau cover, and hidden in-bed storage cubbies. But why? Hyundai aims to offer both a crossover and pickup truck experience with the Santa Cruz with good practicality in urban and adventure environments. 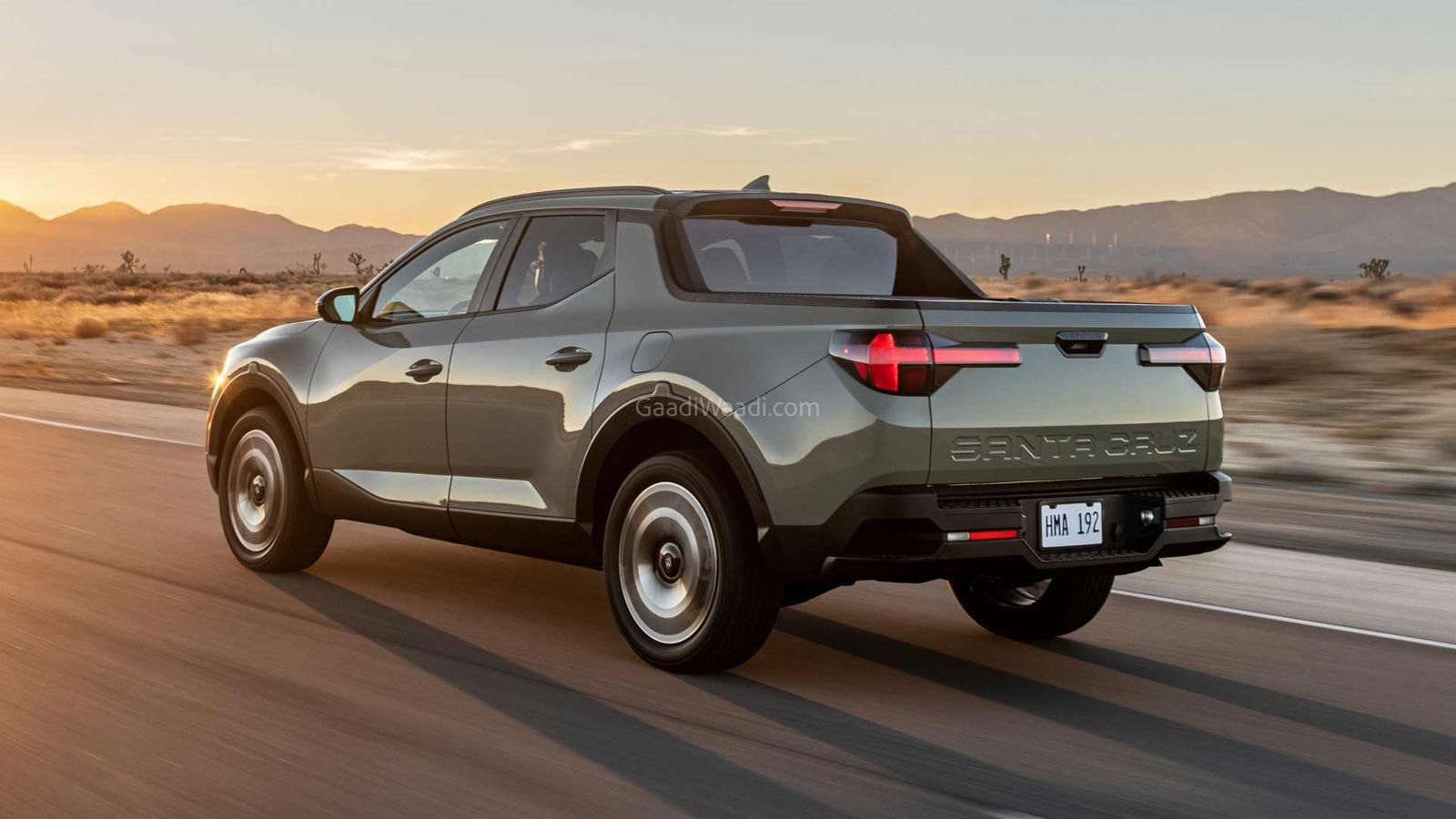 When you dig deep, you will know that it has a longer wheelbase than the Tucson and the overall length. Hyundai says the shorter bed length of 1,323 mm compared to its rivals will help in easy manoeuvrability in city driving conditions. Despite being based on a front-wheel-drive platform, Hyundai claims the HTRAC AWD system will send torque more freely to the rear wheels for sporty driving characteristics.

It has a towing capacity of up to 2,268 kilograms and comes with an option of 20-inch wheels. The features list comprises a ten-inch touchscreen infotainment screen, optional ten-inch instrument cluster, Bose audio, leather seats, and under-seat storage, forward collision avoidance, lane keep assist, blindspot warning, and so on.