Honda 2Wheelers India has today officially announced that the sixth-generation Activa will be launched in the domestic market on January 15. Every two-wheeler manufacturer is working behind the curtain to upgrade the models to meet BSVI emission standards as the deadline is just three months away. Taking the opportunity, some of the popular motorcycles and scooters are receiving big revisions.

One such is the Honda Activa, the best-selling scooter in the country for so long. It must be noted that the Activa 125 became the first Honda to gain BSVI compliance and it comprises of idling stop technology dubbed Silent Start, ESP (Enhanced Smart Power) and HET and as many as 26 new patent applications were filed on this scooter.

They include new LED headlight reflector, new upper link crankcase with torque receiver and rectification fender. Just as the Activa 125, the Honda Activa 6G will more likely be equipped with PGM-FI (Programmed Fuel Injection) technology and the Enhanced Smart Power tech to optimise energy output by maximising efficient combustion according to the brand. 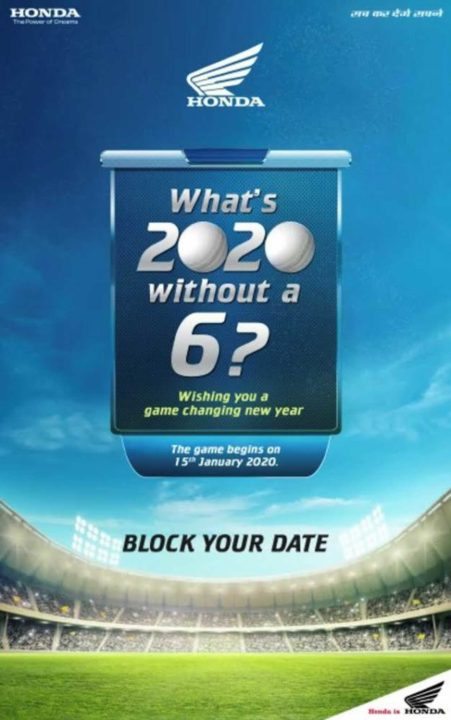 Moreover, a new digital/analogue instrument console with new features such as real-time fuel economy and distance-to-empty could be added. The BSVI compliant 109.19 cc single-cylinder air-cooled engine with Honda Eco Technology (HET) is expected to return higher fuel efficiency along with reduced fiction and an optimised auto transmission.

The powertrain could be tuned to produce a maximum of 7.96 PS and 9 Nm of peak torque while a front disc and rear drum brakes alongside standard CBS (Combi Braking System) could be on offer. The 2020 Honda Activa 6G will be suspended on new telescopic front forks and monoshock rear unit. Accompanying the feature and mechanical updates are the changes to the exterior.

The Honda Activa 6G will be fitted with a brand new LED headlamp, LED Daytime Running Lights, well-cushioned seats with new textures, newly designed turn signals, chromed bits and pieces, redesigned front apron and more youthful body graphics, new paint schemes and so on to elevate the premium appeal of the scooter in its new avatar.