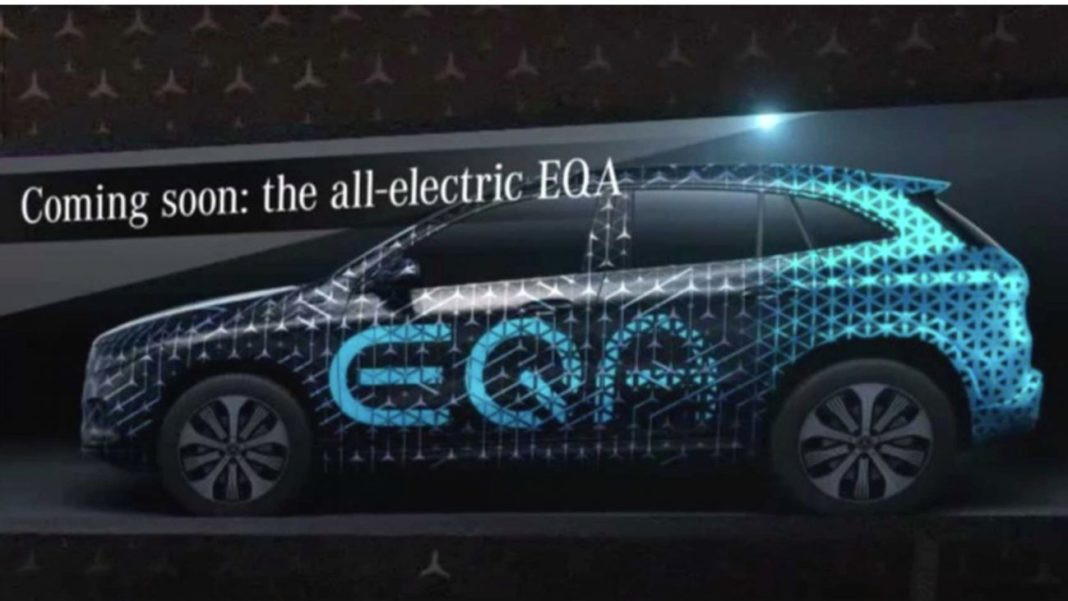 Mercedes-Benz’s fully-electric EQ family currently has just one product in its line-up – the EQC. However, the German manufacturer has plans to introduce another EV next year, which will be called the EQA. The car will go on to become the entry-level EQ model on sale, when it launches in production form next year.

The EQA was first revealed as a hatchback at the 2017 Frankfurt Motor Show, however things have certainly changed now. Mercedes-Benz teased us with an image of the upcoming EQA at the launch of the second-gen GLA-Class crossover SUV, confirming that the fully-electric vehicle will be based on the latter.

The EQA was also recently spied, totally covered in camouflage. However, it’s certain that the EV will retain the overall shape and design of the car it is set to be based on. We still expect the EV to feature a few tweaks including a closed front-grille and aerodynamic wheels to increase efficiency. 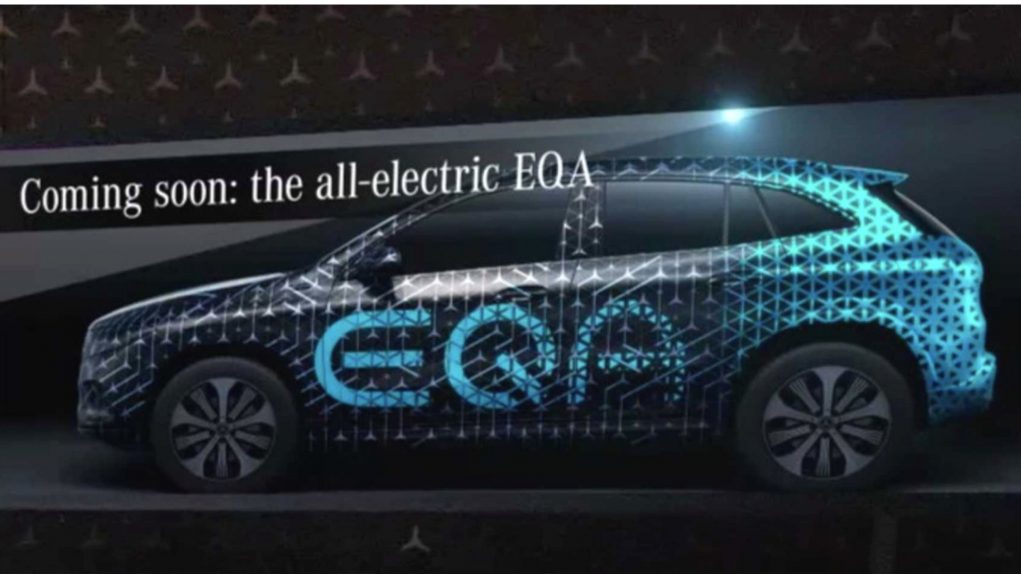 Mercedes-Benz earlier claimed that the EQA will have a power output of 268 hp, and 500 Nm of max torque, which will help it sprint from 0 to 100 kmph in around 5 seconds. However, at the time, the EQA was still imagined as a hatchback and not a crossover. The German luxury carmaker also plans to electrify the recently revealed second-gen GLA-Class by introducing a plug-in hybrid variant of the car.

Mercedes-Benz claimed that the said PHEV variant will offer 43 miles or 70 km of pure electric range. A few months back, a partly camouflaged mule of the EQB crossover was also spotted on test. The EQB will be the all-electric version of the GLB-Class, and will likely share its powertrain with the EQA.

On the other hand, the only EV currently in Mercedes-Benz’s line-up, the EQC, is powered by two electric motors producing a combined output of 402 hp/761 Nm, which helps it reach the speed of 100kmph in just 4.8 seconds from standstill. Mercedes-Benz is planning to launch 10 fully-electric vehicles under the EQ sub-brand by 2022. Apart from the EQA and EQB crossover SUVs, EQS saloon and EQV passenger van are also in the pipeline.