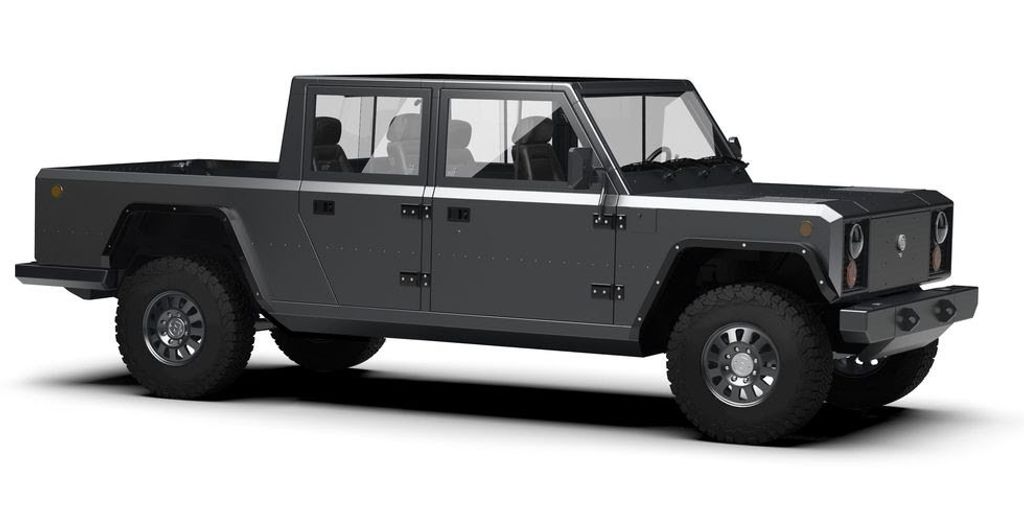 Even though we have seen electric sedan and hatchback, no one has tried there hands on a proper electric SUV that can do hardcore off-roading. Bollinger is a small electric start-up company based in the US and the company unveiled its first prototype B1, which is a full-size electric SUV with retro design theme last year.

But Robert Bollinger was already thinking ahead, according to him heavy-duty trucks are useless off-road because the suspension is too stiff and weight distribution is horrible. These problems can be solved by a pick-up truck, so he decided to develop an all-new electric pick-up truck and it is named as B2.

The B1 prototypes were tested across different parts of the world and all these data have been used for the development of B2. Both models come with floor-mounted battery pack, which will help them to lower the centre of gravity. The company has stuck on to the formula of two electric motors as one for the front and the second one at the rear.

Another advantage of using this formula is that the weight distribution will be equal at the front and rear. The company has also given hydropneumatic suspension and portal gear hubs as it will give good ride quality for the pickup whether it is loaded or unloaded. The payload capacity of B2 is 2267 kgs.

The B2 is powered by 120 kWh battery pack and the power output is 520 hp while the max torque output is 696 Nm. The performance for B2 is excellent as 0-100 kph in 6.5 sec. The claimed range of B2 is 321 km and it will take around 10 hours to completely charge the battery using a level 2 charger. To improve efficiency, the company has a regenerative braking system.

Bollinger has given high-offset geared axle hubs and this helps the B2 to come with 355 mm of ground clearance as it will help the pickup to tackle any terrain. The pickup truck is designed to carry longer items and the rear glass can be opened, which will further increase load space. The B2 is expected to make its debut in 2020.