Toyota Innova Crysta dominated the MPV segment in FY2018-19 with total sales of 77,924 units and 99 per cent of which accounted for diesel variants

Toyota Kirloskar Motor has the Innova Crysta as its top-selling model in the premium MPV segment for long and in the period between April 2018 and March 2019, it utterly dominated the segment with 77,924 unit sales. Currently priced between Rs. 14.93 lakh and Rs. 23.47 lakh (ex-showroom) for the range-topping Touring Sport diesel AT, the Innova Crysta saw 99 per cent of its buyers going for diesel variants.

It was in similar case as the Fortuner full-sized SUV. The Japanese manufacturer sold 77,111 diesel Innova Crystas in the financial year 2018-19 while only 813 customers went for petrol – strongly suggesting that the oil-burners will be well and truly alive in the BSVI regime. The Innova Crysta is sold in the base G, mid-spec V and high-end Z grades in multiple trims. 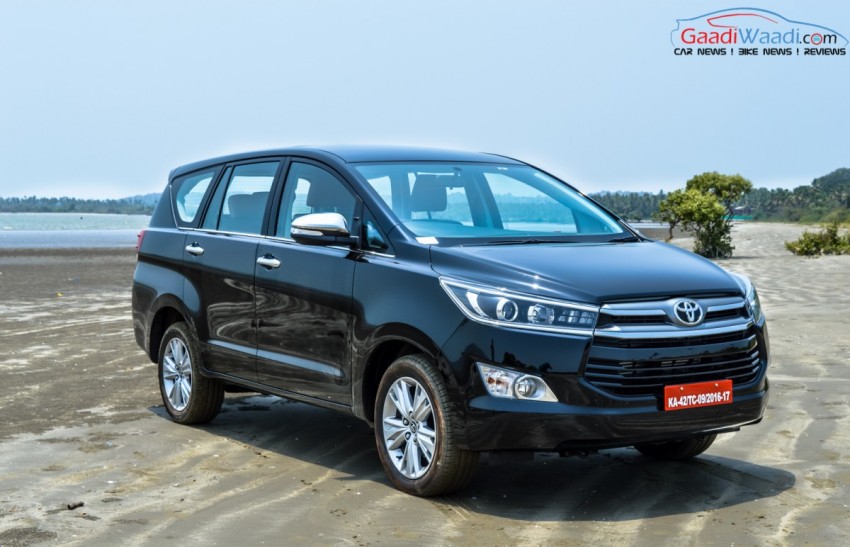 The 2.4-litre diesel unit is ARAI-certified to return 15.10 kmpl while the 2.8-litre diesel has fuel efficiency standing at 14.29 kmpl. The 2.7-litre four-cylinder petrol powertrain, on the other hand, delivers 166 PS and 245 Nm of torque with five-speed manual and six-speed automatic transmission choices. The claimed mileage is close to 10 kmpl.

Some of the highlighting equipment on-board on the MPV that can be had in seven- or eight-seater layout are eight-inch touchscreen infotainment system, smartphone connectivity, chilled glovebox, automatic climate control system, layered dashboard with wooden touches, etc.