A report surfaced on the internet indicates that Maruti Suzuki is preparing to launch the long-awaited Jimny off-roader In India by mid-2023. It is focusing on strengthening its SUV lineup locally in order to claw back the lost share and to directly compete against rivals like Hyundai, Mahindra and Tata Motors in the midsize and other segments.

In June 2022, the Indo-Japanese manufacturer is expected to launch the heavily updated Brezza while an all-new midsize SUV internally codenamed YFG is bound for late 2022. Maruti Suzuki is also suspected to be developing a crossover based on the Baleno and it could draw design inspiration from the Futuro-e concept displayed at the 2022 Auto Expo.

By 2023, the largest car producer in India will launch the fourth generation Jimny as well and is developed with Indian customers in mind. The three-door Jimny is already produced in India since last year for the export markets to meet the overseas demand from the Gurugram facility. The five-door variant will reportedly come about in Q1 FY2023-24. 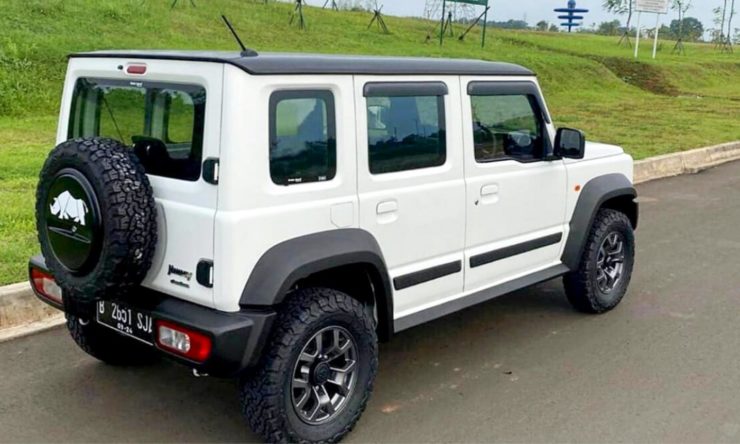 It will be sold in five- and seven-seater variants and it will take on the upcoming five-door Thar and the Force Gurkha in the lifestyle SUV space. Citing sources, the report indicated that the pre-pilot trial was scheduled for June but it was postponed due to supply chain constraints. The India-spec Jimny is believed to be rolled out from Feb 2023 onwards but it has been pushed by a month or two.

The seven-seater will make for an attractive proposition and is expected to be positioned aggressively. With off-road capabilities and offering seats for seven occupants, the practical aspects could attract a large band of customers but we will have to wait and see how it really pans out. The five-door Jimny will carry a local content of about 70 per cent initially.

The upcoming Jimny is expected to be powered by a 1.5-litre four-cylinder petrol engine developing around 103 PS of maximum power at 6,000 rpm and 137 Nm of peak torque at 4,400 rpm. The engine could be linked with a five-speed MT or a four-speed AT transferring power to all four wheels through Suzuki’s AllGrip Pro 4WD technology.