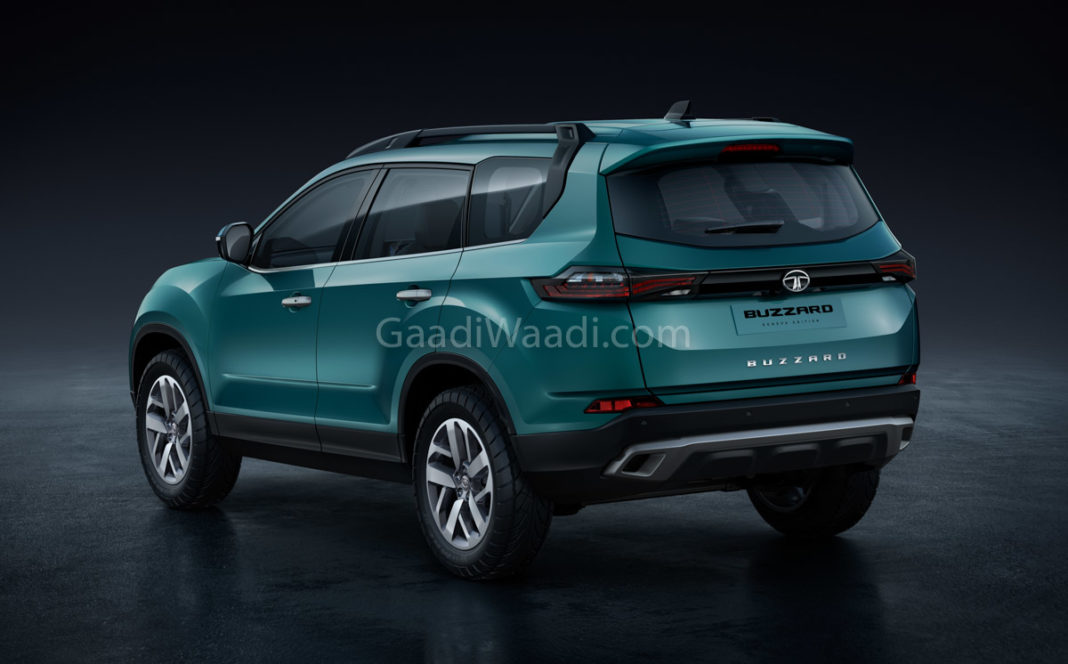 Tata Motors is celebrating its 21st year of presence at the 2019 Geneva Motor Show by unveiling four models. Each having domestic importance as they will make their way into the market sooner or later. The production seven-seat Harrier codenamed H7X, road-going Altroz premium hatchback, Altroz electric concept and a micro SUV concept dubbed H2X prove that Tata’s aggressive launch strategy will continue in the next two or three years.

The Altroz competing against the likes of Maruti Suzuki Baleno, Hyundai Elite i20, Honda Jazz and Volkswagen Polo will address the volume space that has garnered customers in aplenty over the last years. However, the seven-seater version of the Harrier will sit at the top of the range with the Buzzard moniker and will enter showrooms during the course of this year.

Tata Buzzard is a more upmarket version of the five-seater Harrier. It appeals to family-oriented buyers as well as people wanting to be taken off-road during weekends. The Buzzard resembles the Harrier in several ways but has its own distinction apart from the structural changes incorporated to accommodate the third row of seat for two more passengers.

The premium Buzzard SUV has a longer rear overhang and resultantly does not have a sporty roofline as its sibling. Having been based on the OMEGA (Optimal Modular Efficient Global Advanced) platform as the Harrier, the Buzzard will be responsibly agile but the corresponding kerb weight added due to the additional row cannot be ruled out.

It derives power from the 2.0-litre four-cylinder diesel engine sourced from FCA. Called the Kryotec by Tata after taking influence from the Cryogenic rocket engine, it is tuned to develop more power and torque than the Harrier. The same powertrain is used in the Jeep Compass and it kicks out 170 PS and 350 Nm. It is connected to either a six-speed manual or a six-speed torque converter automatic sourced from Hyundai.

The Tata Buzzard will rival firmly against Jeep Compass, Hyundai Tucson, Mahindra XUV500 and even Honda CR-V and is expected to be positioned aggressively upon arrival. The interior will have added driver assistive and safety technologies along with an upscale outlook to the dashboard and other cabin elements.